Real Techniques makeup brushes are among the most popular brushes among beauty buffs, primarily because they are affordable and more importantly, function very well. While I don’t own nor use any of their eye brushes, I do enjoy using their face brushes for blush and foundation. They’re soft and dense and do a good job, while being fairly easy on the pocket.

I suppose it was a matter of time before a new luxe line appeared. I remember the buzz when the new Real Techniques Bold Metals range of brushes was launched. They were pretty to look at, but much to everyone’s surprise, not light on the pocket. That resulted in a rather polarised opinion on these brushes. 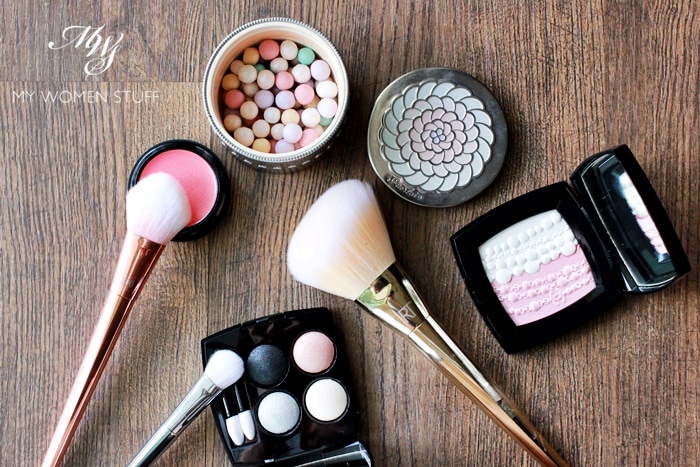 While some loved them, and how pretty they looked, others felt that they weren’t up to mark and were too expensive.

I was curious about them for a while, but as with everything from Real Techniques, I had to wait until they were available on iHerb before I would buy, as I’ve found them to be more affordable than buying locally. I believe I might have gotten them when iHerb has their regular discounts on beauty products, but I can’t remember for sure, because it was a while ago. I do remember that I got free shipping by regular post, which takes up to a month to arrive to me in Kuala Lumpur from the USA, but I’m usually not fussed because regular airmail post usually escapes Customs’ scrutiny, unlike the faster DHL option, and that is more important to me. Besides, I was in no hurry. They were brushes – I have drawers full of brushes! LOL 😛

I happened to come across the Real Techniques Bold Metals Essentials collection, which is a set of 3 brushes – #103 Angled Powder brush, #200 Oval Shadow brush and #300 Tapered Blush brush. I thought it would be a good way to test out the brushes from this collection, and to see if they were worth spending money on. So, are they? 😀

END_OF_DOCUMENT_TOKEN_TO_BE_REPLACED

I get asked some questions quite often, and among the most prevalent is this: What is the Guerlain Meteorites Powder used for, and if I were to pick one, which do I pick?

A close runner-up is the question : How do I use the Guerlain Meteorites powders? I mean, they’re expensive, and I don’t want to just buy and stare at them, as pretty as they are!

Well, I’m no authority, but I do own enough of them, and have used them long enough to know their quirks and how best to get around them by now.

My review on the Meteorites was among the first reviews I wrote on this blog way back in 2007 when I started MWS! That’s yonks ago.

So, here’s my quick 101 primer on the popular, Instagram-worthy Guerlain Meteorites Pearls (or what I affectionately call the “bebola” – balls in the Malay language, or just “balls” or as some friends will have it, “ballz”!) and which to pick, if you want just one, or want to get your first Meteorites 🙂

This must have been one of the most anticipated palettes for the Christmas season! I remember when pictures first leaked out, it generated such a frenzy amongst the beauty community. Can’t deny it’s a thing of beauty though. 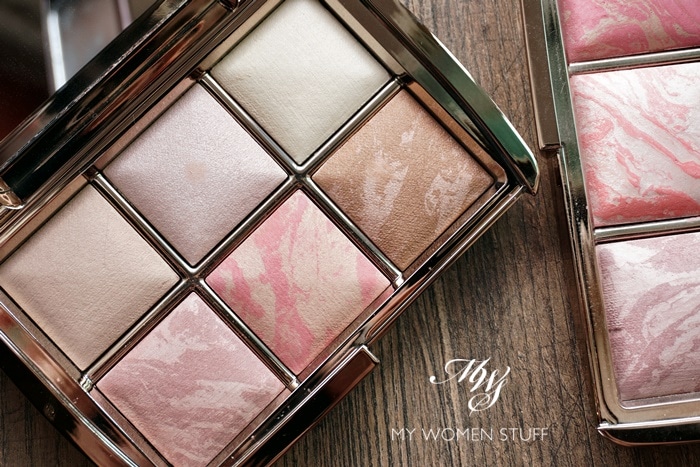 While I had my earlier doubts about the practicality or usability of the Hourglass Ambient Lighting Powders, I must confess to being a fan once I tried one in Diffused Light. For me, it not only acts as a finishing powder, but also as a setting powder and I’m pretty happy with it for living up to its promise of bathing my skin in a diffused light.

I’m also happy with the Ambient Lighting blushes of which I now own erm… quite a few, although I only shared my thoughts on Radiant Magenta previously 😛 I picked up the blush palette from last Christmas, which you will see in the pictures here, but didn’t blog about it, because by the time I had it, it was sold out everywhere.

Nonplussed, I decided I’d have to buck up and share my thoughts on the Edit palette before it too sells out (Limited Edition!) although I think it might be around for a while due to its price. So, here is what I think!

END_OF_DOCUMENT_TOKEN_TO_BE_REPLACED

You will doubtless have seen numerous blog posts or photos on Instagram of the absolutely breathtaking piece of art that is the Guerlain Meteorites Flocons Enchantes or in English, the Guerlain Enchanted Snowflake Meteorites. Guerlain truly outdid themselves this year, with one of the prettiest powders I ever did see.

But despite the anticipation and social media-driven hype, I stayed away. For some reason, despite my Meteorites collecting habits, I couldn’t bring myself to drop almost RM300 on a tub. Prices sure have gone up since I started my collection. Instead, I picked up the Rouge G lipstick, which I happen to love.

But as providence will have it, I was gifted with a tub of what is confusingly known as the Meteorites Flocons Enchantes or Enchanted Snowflake Meteorites or by some people, called the Perles des Neiges Meteorites. The former is what’s printed on the box. I’m not sure where some sources got the latter name from. 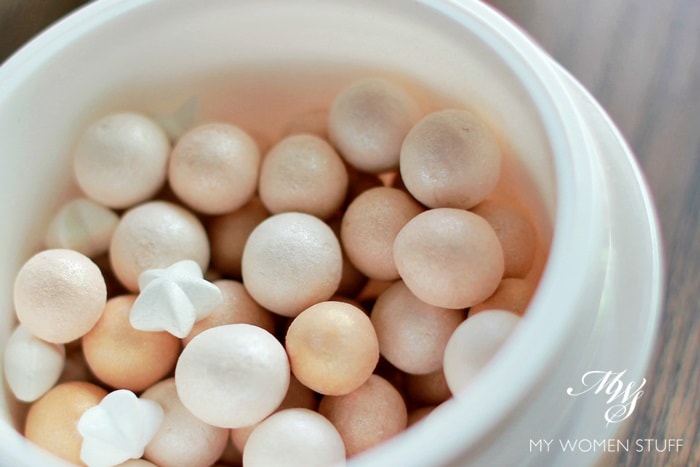 Call it what you want, isn’t this a thing of beauty? 🙂

I do have a bit of an axe to grind with Guerlain though. They call this the Enchanted Snowflake Meteorites, and in the press release, it says that it has snowflakes amidst the regular pearls. Yet, what they put in there were…. stars.

Come on guys, aren’t those stars in there? No one in their right mind would say “Ooh, snowflakes!” Instead, everyone and their aunty are going “Ooh, such pretty stars!” Note to Guerlain – work on your presentation LOL!

Since this has been done to death, let me just show you some photos and some quick thoughts I have about this. As to whether you should buy it, I think you can answer that for yourself… though I’ll offer some pointers 🙂