To be honest, this is actually 2 separate subjects, but I had to address them both together, for one relates to the other. This is also going to be a touchy subject, as I will effectively be saying to not support local industries, but some things have to be said.

I live in Malaysia and there is a thriving local beauty cottage industry, that is unfortunately, not premised on legitimacy nor integrity, but purely on making money. Lots and lots of money. Founders of such local brands are known as “Jutawan Kosmetik” or Cosmetics Millionaires, because they are. And they flaunt their wealth in the most ostentatious way. 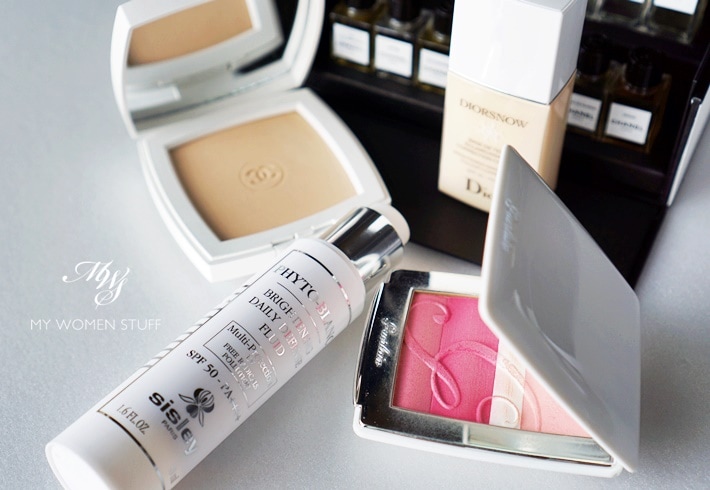 * Images are used for illustration purposes only

I’ll preface this by saying that this is by no means a slur on legitimate local cosmetics businesses. How can you tell? There’s the real rub – you can’t. I could tell you that a legitimate cosmetics business will have some modicum of research behind it, or that it will have a proper ingredients list, and a proper company setup behind it, not just the face of one person flaunting their wealth and faces. Yet, as we all are aware, indie cosmetics companies often start out in someone’s kitchen, especially if they leverage on the current trend and demand for natural and organic skincare. Or they are formulated by a lab, which then sells the formula on an OEM (original equiment manufacturer) basis to be repackaged. Legitimacy therefore, is subjective and something to be earned, in my eyes.

I decided to raise this rather touchy subject, because locally, some beauty products have just been banned by the authorities for containing controlled substances. These are hydroquinone (skin lightening/whitening but can be carcinogenic) and tretinoin (treatment of acne but which can cause skin to peel). They are not banned substances per se, but may only be administered under medical advice, not sold to the general public. Prior to this, some products were banned for containing mercury (ostensibly used for skin lightening but which is also a poison).

For the most part, what I have observed over the years (these news crop up now and again) is that the creams and products that are banned usually target the one thing that local women actively seek – to lighten, or more accurately, whiten their skin. Locally, as in many parts of Asia, it is still widely perceived that fairer is better. There are ads on TV that tell you basically, that if you are fairer (or whiter) you’ll be more beautiful, more successful and be more attractive (Fair & Lovely anyone? 😛 )

It is no surprise therefore, that in the local market, whitening, or, the more politically correct term, brightening ranges of skincare bring in the bulk of a skincare brand’s income. It caters to what the people want, and it promises a whole host of things. Yet, I’ll state right here and now that I don’t use any whitening or brightening skincare. Not any more, and I’ll tell you why, based on my personal experience.

END_OF_DOCUMENT_TOKEN_TO_BE_REPLACED

Quite a few months ago, a giant box popped up on my door step all the way from the USA. No sender details, just like my mystery package from Bite last year. It was truly a mystery. But when I opened it, I let it a squeal of delight – and you know I don’t squeal.

Inside, was every single one of the (then) brand new Marc Jacobs Highliner Matte Gel Eye Crayon pencils! I was stoked and stumped all at once. 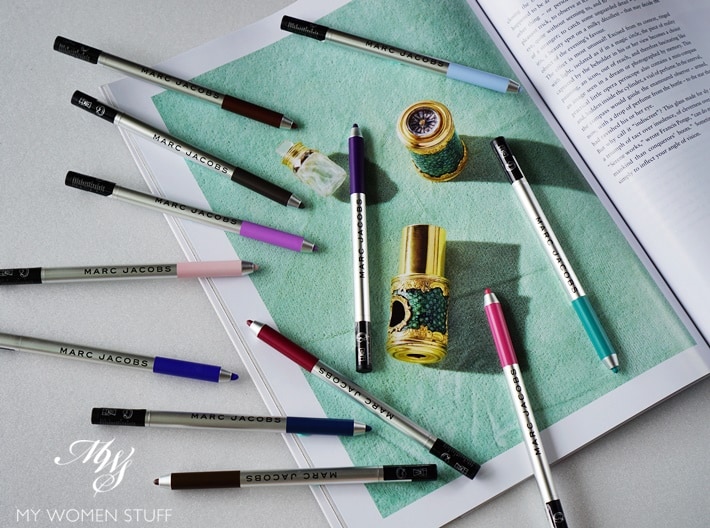 The Marc Jacobs Highliner Matte Gel Eye Crayon is the matte version of their bestselling Highliner Gel Eye Crayon, which contains shimmer. While I had been very impressed by the Marc Jacobs liquid eyeliner, I had yet to try their pencil liners. This came at an opportune time, for I’ve been using colourful eyeliners in place of eyeshadow for a while – call it laziness or just a bit of apathy.

Oh and this is going to sound really trite, but these liners are AMAZING! I swear, they don’t transfer at all, not one bit! That is what impressed me the most. Let me show you how they hold up to water in my little experiment.

END_OF_DOCUMENT_TOKEN_TO_BE_REPLACED

Can you believe that it’s almost A WEEK since the #MWS10 Luxury Pampering Party held at Jo Malone London at Pavilion KL? Goodness me – where has the time gone?!

You didn’t know we had a party? Ah! That’s why you have to follow my social media channels lah LOL! The invitations didn’t go out here on the blog, as it was quite a special little thing and I wanted it to be super special for you. 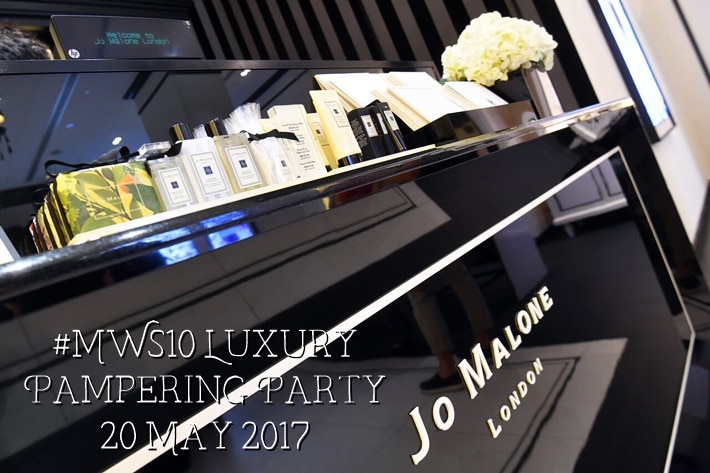 But in a nutshell, here’s what I did. To celebrate surviving 10 years of blogging, I wanted to do something special this year. I ran a massive giveaway that many of you participated in (thank you for all your lovely kind wishes!) and I had originally planned for a little party to celebrate, but the planning process floored me, so I shelved the idea.

But along the way, as these things happen, I spoke to the lovely people at Jo Malone London, and they very kindly allowed me to host the first #MWS10 party in their new Pavilion KL store! Was I stoked?! WAS I STOKED?! 😀 Fragrances are such unique and personal things, and I absolutely loved the idea of having 15 readers experience this!

I was so overwhelmed on the day, and so caught up in the excitement (it’s been 3 years since the last MWS event!), that I totally forgot to take any photos! Or post on Instagram. And my one Instagram Story didn’t post – do I suck at IG stories or what?! 😛 But the lovely JML peeps provided a professional photographer, and I’ve just received the photos! So, come and see what went down at the #MWS10 Luxury Pampering Party! (I’d suggest you read till the end, but hey, you do you! 😉 )

END_OF_DOCUMENT_TOKEN_TO_BE_REPLACED

When I started out learning about makeup and how to use it, I stumbled upon this thing called a “primer”. It all made sense, when put in a painting context – you prime your walls, before you apply your paint. It helps the paint stick better, and last longer, and creates a smoother finish. When I had my walls painted, I made sure they put on a primer too! LOL!

But, what d’ya know? That’s what makeup primer does too! We discussed this once right here on the blog, but that was way back in 2012 – a lot has changed in 5 years! Or has it? 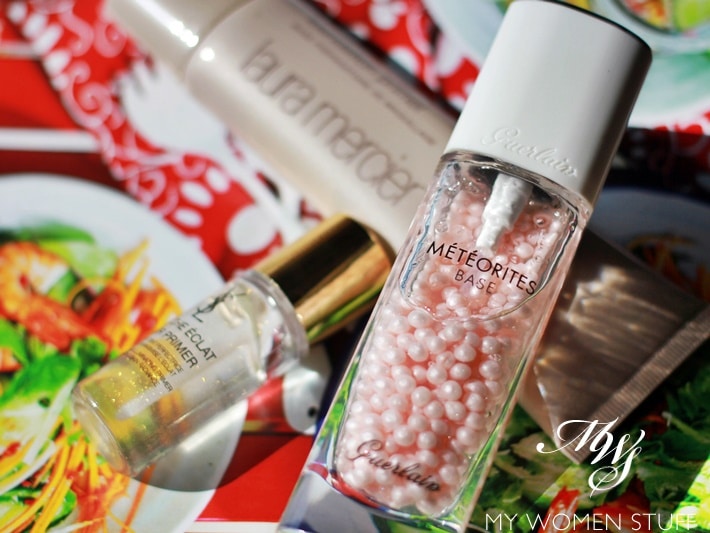 If you watch YouTube videos and try to learn about makeup, primer is always used. If you have oily skin, primer is recommended to keep the skin oil-free for longer. If you have visible pores, primer helps create a smooth finish.