Home » Product Reviews » With a name like Heavenly Body Oil, this oil by Antipodes can only feel like one thing – Heaven!

Now who hasn’t heard that I love body oils? None of you regular ‘uns I’d warrant 😀 For the uninitiated, I am a huge huge fan of body oils and any body oil that even remotely looks interesting ends up in my ever growing collection, one way or another. I do use them daily so they don’t go bad, thank goodness! I’m in fact already on my way to finished a large bottle which is quite an accomplishment!

The “problem” I’d say is that body oils aren’t terribly popular locally here in Malaysia where body lotions and creams still rule the day. I don’t use the latter. Dislike them in fact. So, when I find a body oil available locally that feels good and importantly, which I found to actually help my skin look better, I just have to tell you about it 😀 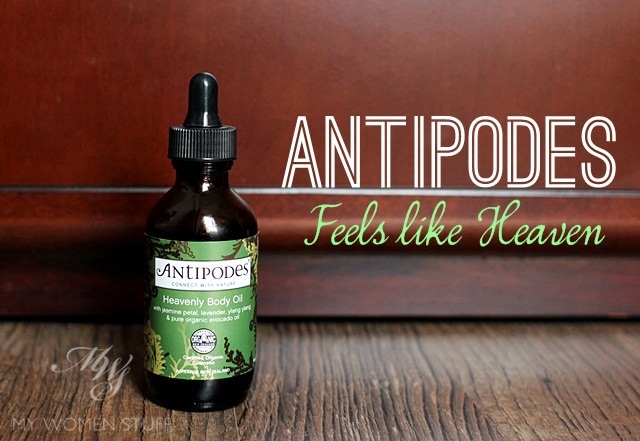 The body oil in question is by Antipodes and is quite aptly named “Heavenly Body Oil” 😀 Antipodes, as we have previously learnt here, here and here, is a brand of natural and organic skincare originating from New Zealand.

I had been using the Heavenly Body Oil for quite a while but I never felt the need to talk about it until recently when I noticed that the skin on my arms weren’t looking as crepey as they sometimes do. It in fact, looked and felt smoother than it looked previously. So that got me thinking that maybe, just maybe, not all body oils are made the same way. And maybe, just maybe, the Antipodes Heavenly Body Oil has given my skin something a little extra.

There is one thing I’m not terribly keen on though, despite loving the texture of the oil. I dislike the packaging. The body oil comes in a lovely glass bottle, which is great but it comes with a dropper style dispenser, pretty much like that of the face oil. 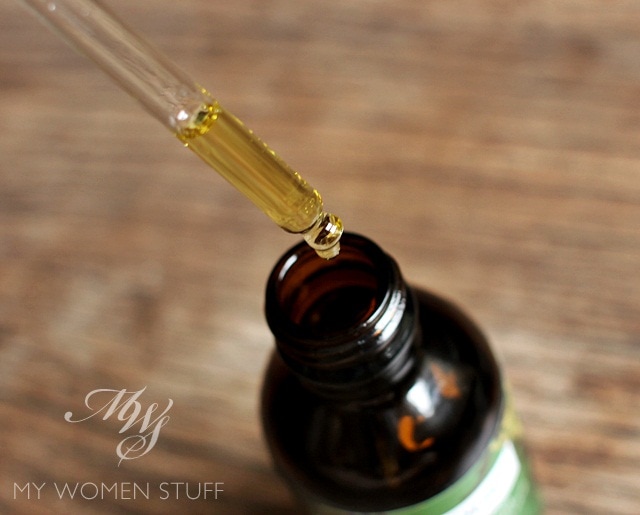 In some ways, perhaps it helps keep the oil fresh for longer because exposure to the air is minimized. In other ways, I dislike it because its fiddly. The margin of error is also very high. If you aren’t careful, you could quite easily topple the bottle when putting the dropper back in or taking it out of the bottle. Or, if you are careless, as I’ve been, you drop oil all over your bedside table. So I do think a pump dispenser is a much better alternative.

The oil as you can see, is a yellow colour and despite what you may think, its not thick or viscous as you would expect an oil to be. It is in fact very light, almost lighter than the face oil and absorbs quickly and beautifully into the skin leaving it feeling soft and velvety.

Based on what I can see, the oil is a blend of jasmine, lavender, ylang ylang and avocado oil. Avocado oil, if you did not already know, has a very light texture which may explain why the texture of this body oil is so light. 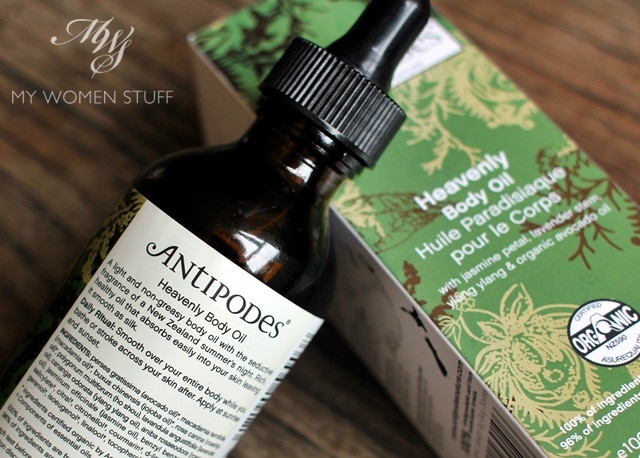 I love the scent. The musky ylang ylang scent does come through overlaid with a slight sweetness that makes me think of warm, thick, rich… honey. I kid you not! Haha! 😀 It smells lovely but I think not everyone will agree because it does not smell conventionally wonderful. It smells very natural and earthy. Antipodes says it smells of “a New Zealand summer’s night” and I can’t vouch for that because I’ve never been to New Zealand yet, much less on a warm summer’s night. Some day if I do, I’ll report back and tell you if it does 😉

I use it nightly just before going to bed and I use 1 pump each time for each limb because its so light, I find it absorbs too quickly for me to be able to spread it out a lot. I suppose how much you would use would be your preference, but I am quite liberal with my body oils.

As I said, I did not quite notice the benefits to my skin until I’d used this for quite a while, when I noticed that my skin was softening and looked and felt smoother and softer to the touch. I almost did not notice it, because as I said, its such a light oil that you almost think “Ah, I’m not sure if its doing anything for my skin” but it was, and I think that’s the most important of all 🙂 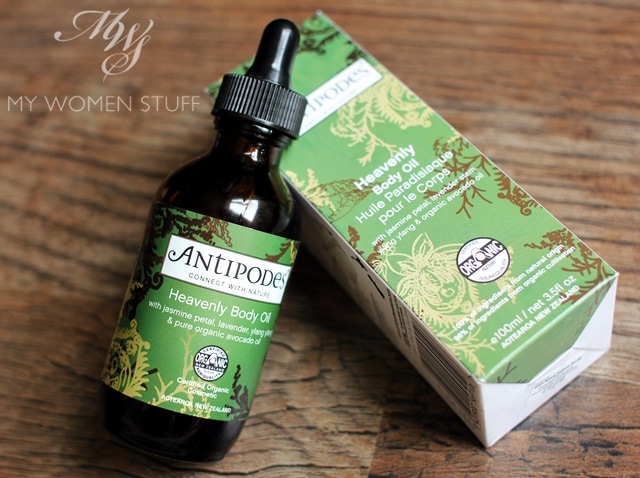 At RM178/100ml bottle I actually hesitate to say its pricey because the initial outlay is, but because it lasts so long and because I know a good oil is usually pricey, it sort of evens itself out in the end. This is firmly etched in concrete in my “to replenish” list when the day comes 🙂

The Antipodes Heavenly Body Oil is a very light oil that absorbs very quickly and easily into the skin, even dry skin. I like the slightly musky earthy scent which I find comforting. The smell isn’t very strong and does not linger very much on skin. I found that with daily use, it helped my skin feel softer and smoother both to touch and to the eye. Even hardened skin feels softer after regular use which surprised me because I did not expect it. Not all oils work this well on my skin so I admit I was quite surprised. It is a little pricey, but most good body oils are, so if you prefer going to natural, organic route, this is definitely one to keep an eye out for!

Pros: Lovely scent and texture, Regular use softened and smoothened my skin quite noticeably, Not oily or greasy and absorbs very quickly

Cons: Dropper packaging isn’t very user friendly, A little pricey initially but it will last a while

Who will like this: Anyone who enjoys using body oils, Anyone who wants to try a body oil but are afraid it is too oily because this isn’t 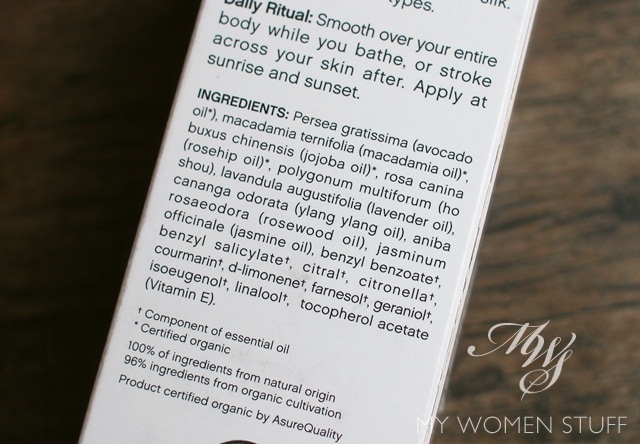 If you apply this right after a shower, it will absorb more quickly as is the case with all oil application. But I don’t because the dropper dispenser is a disaster waiting to happen in a bathroom, and besides, I like taking my time to relax before bed and that’s when I use my body oils.

Is this a body oil that would interest you? Do you like using body oils?

I’ve been using this very regularly for months and it doesn’t show signs of running out yet so although the initial outlay is quite a bit, it’ll last you a while if you are more economical with use than I am. Besides, that little bit of pampering right before bed is… heavenly! 😉