Home » New on shelves » The natural origin, no mineral oil Caudalie Make-Up Removing Cleansing Oil works, but just not for my skin

If there’s one thing we should have learned by now, it’s this – A cleansing oil is not necessarily only for removing makeup, but it serves as a first cleanse in the evening to remove the grime of the day. At least, that’s what I learned about cleansing oils back when I was using it judiciously.

It puzzled me a little therefore, when the Caudalie Make-up Removing Cleansing Oil landed on my desk with its very specific product name. Well, pay it no heed – use it as you will any other cleansing oil, whether you use it to remove makeup, or as your first evening cleanse, even if you do not wear makeup. You’d be surprised at how much better your skin feels at the end of a day, after a thorough cleanse! 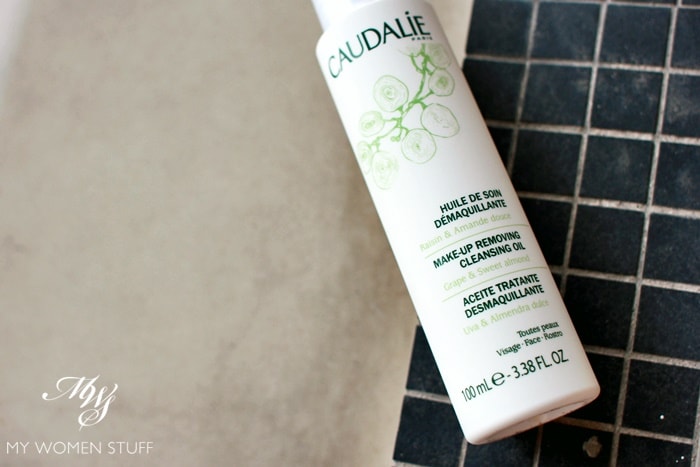 Caudalie says that this is a cleansing oil that is 100% of natural origin and contains no mineral oil, silicones nor preservatives. This will please anyone who might subscribe to this school of thought. The very popular Shu Uemura cleansing oil, for example, contains mineral oil which is known to be a pore-clogging ingredient. I can’t use the Shu oils, but I don’t think it’s due to just mineral oil. But that’s another story.

For Caudalie, their oils are a combination of sunflower seed oil and castor oil, grape-seed oil and sweet almond oil to dissolve and remove makeup from skin and nourish skin with antioxidant properties. I have to say that it did everything that it says on the box. Yet, I ran head-first into a problem.

When I started using this product, I tested it with and without makeup. With makeup on, it does a pretty good job at removing makeup, just like most cleansing oils do.

The oil itself has a slightly thick consistency that doesn’t quite feel “oily” like cooking oil. There was no scent, which surprised me, as most Caudalie products are scented. Instead, it smelled just a little faintly of oil. Nothing unpleasant.

The recommended use is to pump 3 pumps into the palm of your hand and then apply it to dry skin before emulsifying with water. Basically, nothing new if you’re already familiar with cleansing oils. If you aren’t, read this on how to use cleansing oil effectively. 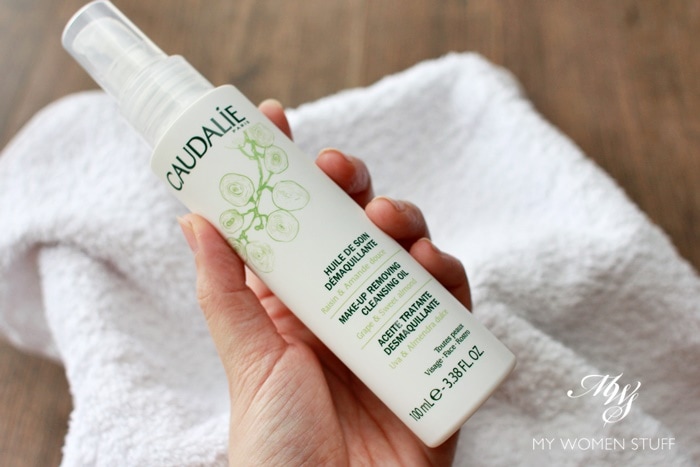 I found that it emulsified well, and removed easily from my skin, leaving it feeling fairly clean although a little dry. I always double-cleanse, so I’d follow up with another cleanser.

In the beginning, all was well. I wasn’t crazy about it, as I had stopped using cleansing oils for a while, preferring to use cleansing balms instead. However, I did warm to the idea of not having to faff about with a face cloth, and it seemed like it was doing a decent job.

I used it fairly regularly for about 2 weeks, and that was when I ran into a problem. I started realising that my skin condition was deteriorating. I was experiencing some breakouts around my chin area, but what bugged me, was the texture of my skin. When I ran my fingers over my cheeks or forehead, there wasn’t an inch of smooth, soft skin to be found. My skin felt bumpy and hardened and it looked dull.

It wasn’t too noticeable, as the bumps weren’t large or obvious. But I knew they were there. When I looked in the mirror, under a light, I noticed the little bumps under my skin. Because it was so wide-spread, it had to be a product that I was using all over my face.

Unfortunately for this cleansing oil, it was the only new product I had introduced into my routine. I was in a bit of a skincare lull at this point, and everything had been peachy before this. When the realization hit, I stopped using this totally, and went on an effort to repair my irritated skin.

I’ve only just gotten my skin back to normal and I haven’t dared go back to this. I’m not even sure what’s in there that caused my skin to react the way it did. I’m not saying it’s a bad product – I liked it for the first week at least – but it just didn’t sit well with my skin in the end.

The Caudalie Makeup Removing Cleansing Oil is an emulsifying cleansing oil that removes makeup, and can be used as a first cleanse in your evening skincare routine. The oil doesn’t feel too oily, and it does a good job at cleaning skin of makeup and daily grime. It doesn’t have a scent, and emulsifies easily and rinses off easily as well. It does everything it says on the box, except that it also irritated my skin, so I had to stop using it.

WHO WILL LIKE THIS: Anyone already familiar with cleansing oils and wants something without mineral oil, Anyone sensitive to mineral oil

For anyone interested, here is the ingredient list, which is actually pretty short. In the skincare world, short ingredient lists are usually better because there’s less in there to irritate – didn’t work for me! 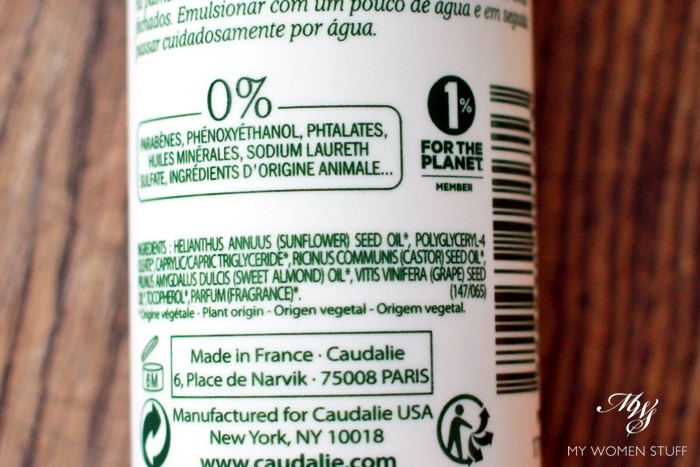 It’s interesting to note the inclusion of Parfum (Fragrance) when my nose detected no scent in my bottle, except a faintly oily smell. So, I’m not sure if it’s my bottle at fault, or a scent that’s undetectable.

I do still find cleansing oils too drying for me. I wonder if that’s why my skin reacted to this one? It could well be that it was drying out my skin without my realising it, and therefore causing my pores to be clogged. Or it could have clogged it. Either way, I’m not about to find out by trying it again! 😛

Disclosure: Featured product was a press sample for consideration. Our commitment is to honesty and fairness. For review guidelines please read the disclaimer.

PREVIOUS POST: Some Tips to calm irritated skin : When Skin is acting up, K.I.S.S it better!
NEXT POST: If you want to look flawless in super high definition you will need the Make Up For Ever Ultra HD Foundation