Home » Eyes » Mascara » Will the world revolve around the Dior Diorshow 360º Revolving Mascara?

Two years ago, the latest revolution in mascara was not the formula but the wand. Estee Lauder and Lancome both came up with their versions of the vibrating mascara wand almost within seconds of each other, it would seem. Well, here’s another high end brand who decided to go down the gadgety road – Dior with their Diorshow 360° Revolving Mascara. 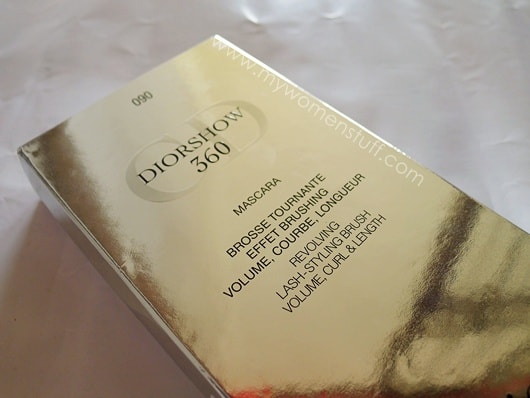 I’ve tried the regular Diorshow mascara and in the main, I’ve always been quite satisfied with their performance. Yes its a pricey mascara – just look at the name – but I’ve thus far tried 2 Diorshow mascara (Iconic and Extase) with differing results. With the promise of a “Revolving Lash-Styling Brush” that offers “Volume Curl and Length” I had to see how the Diorshow 360º fared.

Packaging wise, Dior has made it a DIY mascara. You get a big box as shown above and when you open it, here’s what you get. 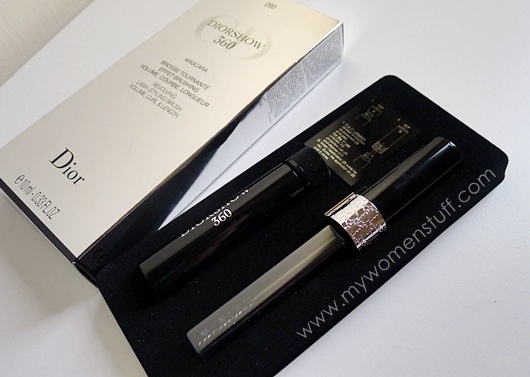 The mascara tube, packaged in a classy glossy black tube this time, instead of the usual shiny embossed Diorshow tube, and the mascara cap with the wand. I must say that I like this packaging. The shiny metal embossed bit really stands out against the black, and rightly so, because that shiny bit is the “switch” that you use to turn the revolving mechanism on and off.

Now, point to note. This mascara is a revolving mascara. When you twist the switch, the wand will revolve. The idea is for the wand to revolve against your lashes, thereby coating them with the mascara. The switch works both ways too. Switch it one way so it revolves upwards for your upper lashes and then twist it the other way so it revolves downwards for your lower lashes. I like the switch – I don’t want my mascara revolving/vibrating the minute I take it out of the tube. 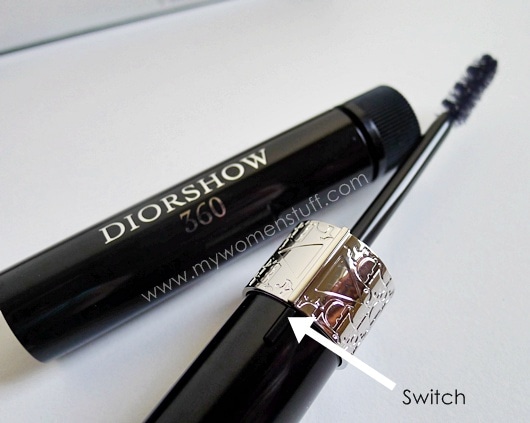 The other thing I like… well “like” is a strong emotion. Let’s rephrase. Another thing I appreciated is that any vibration or motion isn’t strong. You feel a slow mechanical motion, but its not something that will cause your hand to vibrate for hours after using this.

One more point to note. The silver bit is the twisty bit so don’t twist off the cap while holding that bit or the mascara will start revolving in the tube and get very clumpy. Hold the black bit of the cap. I made that mistake, so you don’t have to 😛

The revolutions are quite slow, which is an excellent thing if you have short lashes as I do, and I did not feel like I wanted to just get the job done and over with which is how I felt with the other gadgety mascaras. 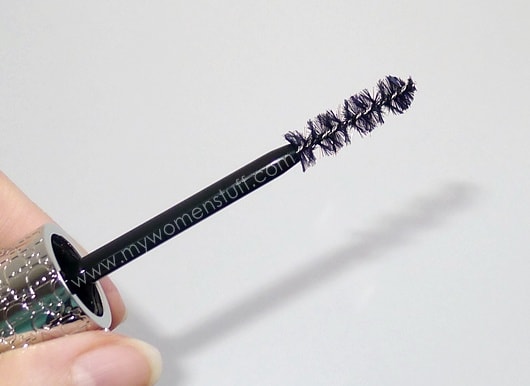 Unlike the previous Diorshow mascara I tried, this brush is surprisingly slim by comparison. This is the clean brush you get in the box. It’ll never look this clean again after you assemble your mascara 😛

Now for the million dollar question. So yes yes, its an interesting gadget and it seems better than a vibrating mascara but how does it work on the lashes? Here’s the picture collage of before and after pictures using Diorshow 360º mascara. 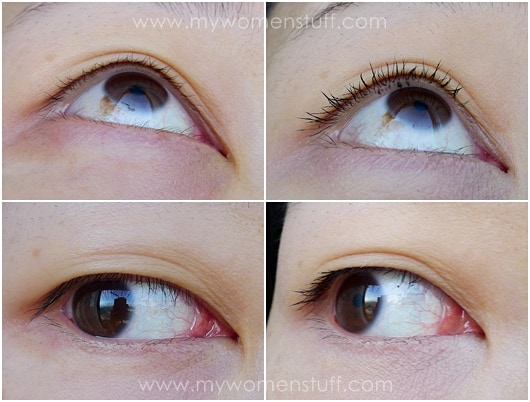 Before and After Diorshow 360 Revolving Mascara

I do find it has a better result if I apply it on curled lashes (and its less messy for me too). Other thing it promises is volume, curl and length. I get the volume and a little length, but no curl. Well… maybe a leeetle curl if you look at the lower photo. I couldn’t get the mascara to apply properly on my non existent lower lashes – the brush was just too big.

Do I like it then? Well, I do like the formula. It does not smudge on me (I can’t tell from the box if its waterproof) and once I curl my lashes, it holds a curl nicely. It gives me volume but no length. The revolving mechanism is fun, but I could just as easily live without it. I still can’t give up my Shiseido Perfect Mascara for this one, but if I had no choice, I might, revolving or no.

Cons: Pricey, No curl without first using a lash curler

Here’s a note about prices. Diorshow Extase is RM109. This is RM128. You are paying just a slight premium for the gadget but I’d be happy for Dior to drop the price to under RM100 (pretty please!) and just release this one as a non revolving mascara with the same brush and formula. I think I’d be able to handle applying my mascara on my own.

So…  (just trying my luck here) anyone at all tried this one? 😀 Or are interested to?

Diorshow 360º Revolving Mascara retails at RM128 at all Dior counters.

Disclosure: Featured product was sent by PR for consideration. For posting guidelines please read my disclaimer.