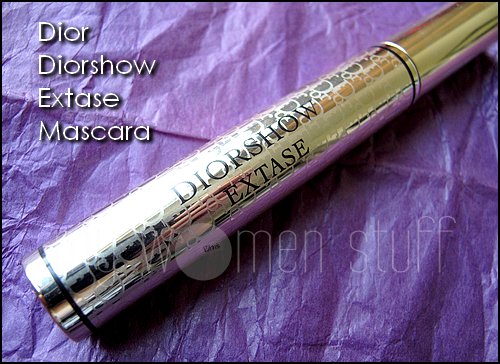 Sometimes I come across great high end mascara and sometimes, I’m underwhelmed. I’m sorry to say the new Diorshow Extase mascara was a little underwhelming for me.

I’ve shown you what the brush head looks like below. Its a special tiered brush with 2 brushes to brush out and define your lashes and to hold and deposit the formula on the lashes. The problem with that brush head however is that it is too large for my small eyes :( So I only use the tip of it which makes me think I’m not making full use of the brush. I also have to make sure I clean off the mascara so it doesn’t clump up my lashes. I much prefer the brush for Dior Iconic mascara in this regard.

I must admit however that the Dior Extase mascara gives great volume. I love the effect on my lashes when I use it. The texture isn’t heavy and it helps volumize my lashes with just 1 swipe.

I find the mascara a little wet. So, before applying to my lashes, I wave the mascara wand in the air a bit, to “dry” it out. Then I apply to my lashes. Helps prevent clumping and to prevent the lashes from sticking together.

The other problem is that the Dior Extase mascara isn’t waterproof. Living in hot humid Malaysia, wearing a non waterproof mascara can be detrimental to your eye makeup if you go out in the sun a lot. Thankfully I do not, so other than a little bit of shadows under my eyes towards the end of the day, I don’t end up with panda eyes.

If you do sweat a lot or know that you will be crying, for example when accepting your Oscar for Best Actress, then you might want to skip this one or risk looking like a panda when you get back. It would be great if Dior made this in a waterproof formula because its a pretty decent volume mascara. 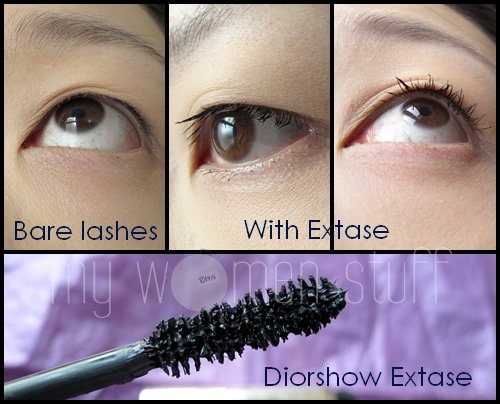 The upside to the non waterproof texture is that it is a breeze to remove. You can remove it with either eye makeup remover or just warm water. Cleansing oils don’t work as well for some weird reason, but warm water works a treat!

The Dior Extase mascara is available at all Dior counters at RM109 each.

Cons: Brush head is a bit big, not waterproof

And the Oscar goes to…

Incidentally, the 82nd Academy Awards is on today with a record 10 nominations for Best Picture. The days when I’d sit glued to the telly watching the Oscars is gone sad to say. I hardly even watch half the Best Picture nominees these days. From the list this year, I’ve only watched one – Avatar.

Now, how many Oscar nominated movies have you watched?

Disclosure: The product featured is a Press sample sent for consideration. My review is never compromised. Please read my disclaimer for my posting policy.