I’m back from Paris, and if you had joined me on my trip on Instagram and Snapchat, I hope you enjoyed it! I was on my own a lot of the time so it was nice having you along! Now, I was in Paris for a beauty related event, but it didn’t stop this beauty buff from keeping her eyes peeled for OTHER beauty brands and products. Oh yes, I have to admit to a roving eye when it comes to beauty!

And we all know that French pharmacy stocks some of the better, affordable beauty products out there don’t we? You don’t? Ah, now you do! My skin takes incredibly well to many French pharmacy brands and formulations of skincare, which is why over the years, I eventually moved away from Asian skincare and American brands. It’s a personal preference and it’s not a recent thing, but been going on a while. I mix it up a little more now, but if I’m trying something new, I usually know that a European or French brand would likely work better for me. 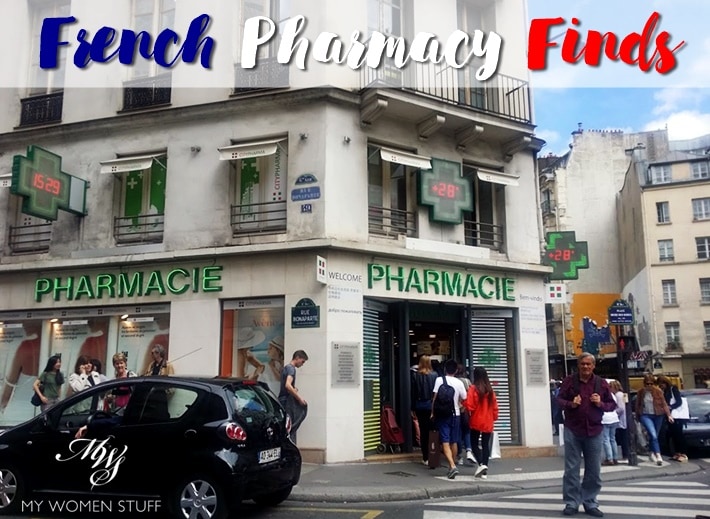 There are pharmacies  on almost every corner in Paris. Some are larger and better stocked than others. But almost all carry the major French brands – Vichy, La Roche Posay, Avene, Nuxe, Bioderma, Caudalie etc. Before I went, I did my research and while it was easy to find most of the products and brands I was interested in most pharmacies, the one I kept coming across as a must-visit was City Pharma at Rue Four.

I’m not quite sure if City Pharma (or Citypharma) is a chain, but I came across another in the Tolbiac area (Metro: Tolbiac), when I was there for Vietnamese Pho (oh yes, I ate pho in Paris and it was among the best I’ve ever had! 😀 ) But the one you want to visit is the City Pharma at Rue Four because in this store, the prices can be significantly cheaper than in others! It’s even a bit cheaper than the one in Tolbiac which shares the same name. I’m not sure why this is so, but it’s an open secret because the store was HEAVING with people when I arrived at about 3.30pm. Oh dear!

I can’t show you the inside of the store because photography isn’t allowed (I got told off). But also because it was so jampacked in there with bodies, that I could barely move, much less get any photos. It was full of tourists and locals alike. The latter were getting recommendations for skincare from the many store assistants around, and the former were throwing bottles and boxes of skincare into their baskets like it was going out of style.

I saw so many people on their phones – talking, texting, facetime-ing to make sure they were buying the right thing. It was surreal. I mean, it’s pharmacy skincare and yes, it’s a little more affordable than in other stores, but really, there was no real need to buy in bulk the way some people were!

That said, I could understand the frenzy, because by comparison to local (Malaysian) prices, they were affordable. The popular Bioderma Sensibio micellar cleansing water was sold in twin packs at a fraction of the price you’d get here in KL (you could get 2 bottles for the price of one here, but then again, local prices are far too inflated. It’s even cheaper to buy online and have it shipped). Caudalie Grape Water sprays were about half the price there compared to the prices locally, and Vichy, La Roche Posay, Nuxe and Avene were ripe for the picking. I was enthralled…. and suffocated! LOL! It was the height of summer after all, and the store is very small and cramped and I swear I was about to pass out from the bodily crush.

Shelves are placed close to each other and there is barely enough space to walk, much less browse. I ended up picking some items I wanted, but not as much as I hoped to. Probably for the better too, for I could barely fit them all into my luggage on the way back! LOL! 😀 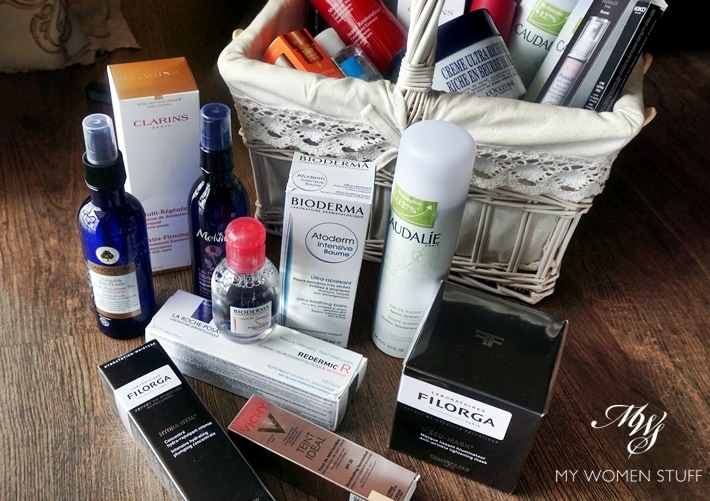 But I know, instead of me yapping on, you want to know what I bought right? So, here is my haul. The collective picture you see above shows an idea of just how much I ended up buying. I spent a mint, but I was quite pleased about it because they were things I’d been meaning to try, or that I already use, or that I was curious about. It was less than what I expected to buy, but in the larger scheme of things, a fairly restrained haul. Well, relatively speaking! 😛

I’ll just show you a representation of the items I got. Some, I got in multiples because they were affordable, or because I was stocking up. 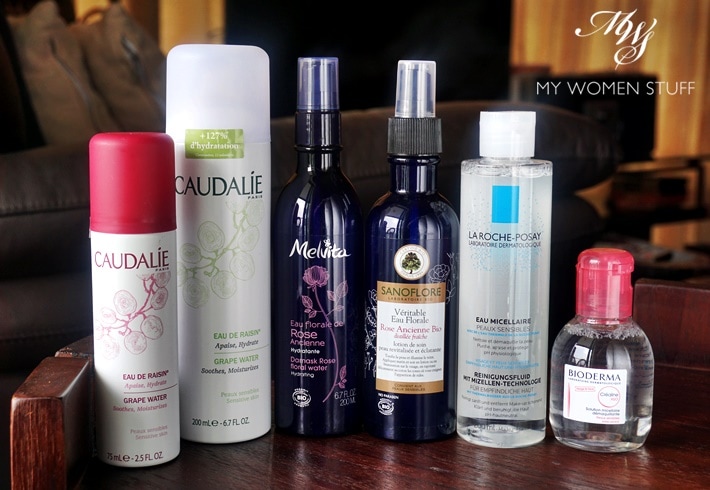 I came home with a suitcase full of face sprays and mists! I didn’t realise it till I was packing and then I thought “Oh dear, why do I have so many bottles of face mists again?!” But it was because I use them and these are brands I like very much. 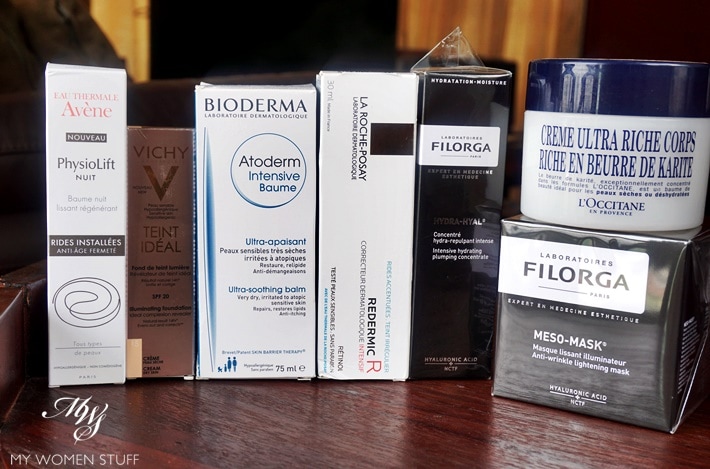 These are the creams and serums I bought. Not very many at all. See what I mean by being restrained? 😛

So, that was basically what I bought from the pharmacies when I was there. I came across “must-buys” online which I chose not to pick up, like the Embryolisse cream (too rich) or Biafine (for sunburn which I know won’t happen to me), Homeoplasmine (nipple cream also touted for chapped lips, neither of which is a problem I have) or Topicrem body milk (not something I’d use). I suppose it’s because I live where it’s hot and humid (didn’t realise how much I missed the humidity till I didn’t have it!) that I knew that these products just weren’t suitable for me. So, I thankfully did not go mad. My only regret was failing to pick up a tube of LRP Effaclar Duo.

The queue at CityPharma Rue Four was amazingly long, and it took about half an hour before I got to the cashier. Everyone had gigantic baskets and multiple plastic bags, I felt a little sorry for those who only wanted to buy 1-2 items. They should have an express lane for them.

If you plan to visit City Pharma on Rue Four, here are a few tips I have for you:-

Aside from the French pharmacy skincare hauls, I picked up a couple of other beauty buys as well. 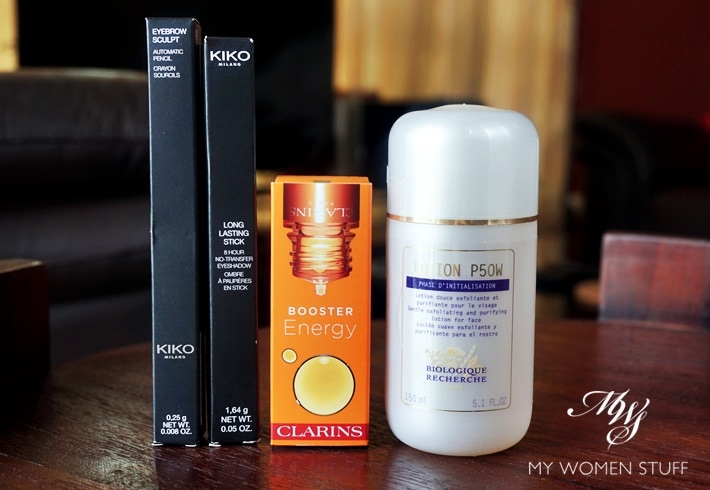 So that’s my Parisian beauty haul. Not as much as I expected, but not very little either. I actually restrained myself from buying too many serums and creams, as much as I wanted to, because I knew that they’d expire before I had a chance to use them all. Instead, I got multiples of the face mists and sprays as I run through them, and it’ll be nice to have ready stock on hand 😀

Now, which are you most interested to hear about first? Which have you tried?

I’d love to know if you’ve tried any of them and like them (or don’t) Those I’ve tried, I’ve linked up to the reviews so you can understand why I bought them, even though we can find them here too 🙂 If there’s any you’re interested to hear about first, let me know! 🙂

PREVIOUS POST: Your Say: Do you find blog reviews useful or helpful? How useful or helpful are they?
NEXT POST: The Bourjois 123 Perfect CC Cream renders a good base as quick and as easy as 1-2-3

44 comments ... Read or JOIN THE DISCUSSION