Home » FOTD » Your Say: Is it vain and superficial to enjoy wearing makeup?

The reason this question popped into my head recently, is because I was listening to a talk show on the radio, where a question was thrown out about women who wear makeup. It surprised me that the responses were mostly negative, from both men and women!! 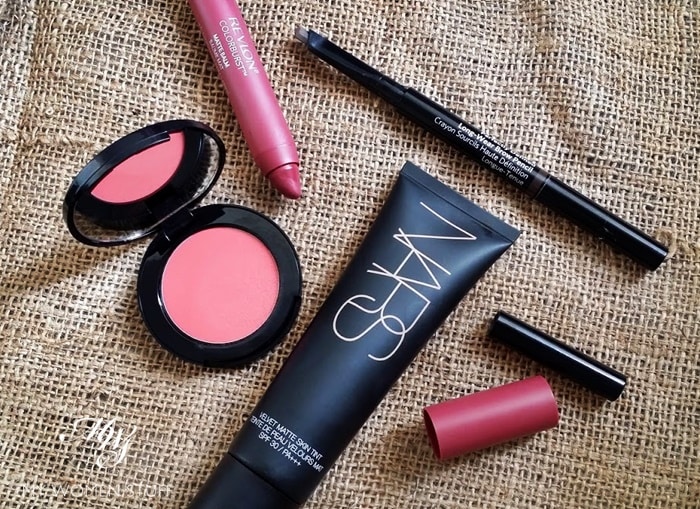 Wait a minute, I thought, it’s 2016 not 1916 – why were people coming on air to say that wearing makeup is fake or superficial or just vain? The most common comment was that it was deceptive, because the woman was hiding something behind a mask of cosmetics, and an empowered woman shouldn’t be. Gosh, that threw me for a loop! What say you?

I think a lot of public perception of women and makeup has been influenced by the thick masks that we often see being put up as an example of what makeup looks like or should look like. People tend to forget that makeup for cameras and TV is quite different from makeup for the everyday woman.

The every day woman has no time nor real inclination to spend an hour painting her face, covering blemishes, contouring, blending eyeshadow and powder etc. She has 15 minutes to get ready in the mornings (if that). Sure, she could go out bare-faced, and many do.

If that defines wearing makeup, then I’m afraid you’d have to stick the “Vain and Superficial” label on my forehead, because those are the reasons that I wear makeup.

And this is what happens when I do wear makeup. Yes, I’m wearing makeup in the picture on the right, though I could have fooled anyone into thinking I didn’t, if I didn’t say anything, right? 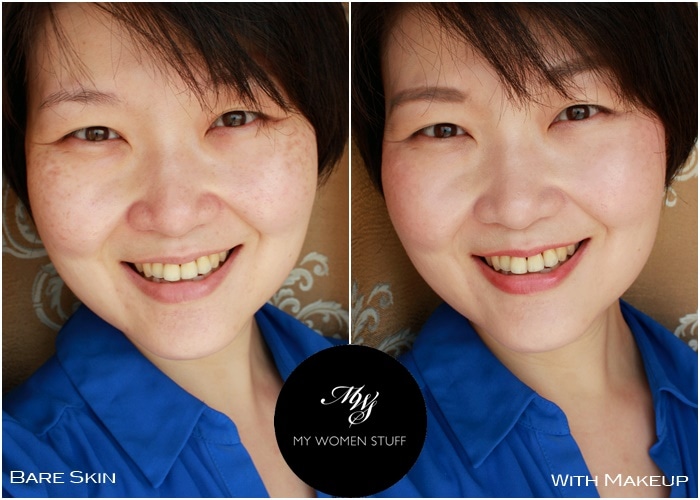 I’m wearing a light BB Cream, some concealer, a little light pink blush, brow pencil and a rosy lipstick, and I think it makes me look just that bit better.

I don’t do fancy makeup or pile on an inch thick of paste on my skin. I don’t look markedly different with makeup as I do without, and I honestly doubt that anyone would say that I look different with makeup as opposed to going without. I look the same, just fresher. And in my experience, this is how 90% of the population looks with and without makeup.

Sure, there will be those who say that with good skin, you get away without having to wear makeup. For those who do, please keep doing what you do. But the truth is that very few people have beautiful skin. There are those too who say it’s perfectly fine to look as you do, without any cosmetics. To them, I say do what makes you happy.

Wearing makeup isn’t a bad thing – although I realise I’m preaching to the choir here – and it isn’t vain nor superficial to want to enhance your looks a little. No one’s saying you have to change how you look – but most of us could do with a little help, to give us that that extra little edge.

I’m not saying that I’m feeling insulted, I just felt weird that a national radio show would elicit this sort of response from what I thought was a public that was by now used to women wearing makeup. Why else would Sephora be doing so well, and makeup collections be flying off the shelves? Are women buying them just to keep in a dark cupboard to pet … “My preciousssss….” Yet, people seem to think makeup is still a bad thing to enjoy. Funny eh?

What do you think? Is is vain or superficial to enjoy wearing makeup? Does it matter?

I’d like to think I’m a pretty empowered woman in my own right, and I’m as comfortable going out bare-faced as the next woman. But I feel that I look a lot more presentable and alert with just a little bit of cosmetics help. If that makes me vain and superficial, well, I’m guilty then. Lock me up and throw away the key! LOL! 😀 Let me know what you think.

PREVIOUS POST: 4 Tips to get the most out of the Nars Velvet Matte Skin Tint
NEXT POST: Orange you glad I found a stablized Vitamin C serum in the Hylamide C25 Booster?