With these opening words, I was irresistibly drawn into the short film “The Blue Heart”, made by National Geographic to share the lifetime passions of Dr. Sylvia Earle for the oceans and what they hold for us and why we need them. I watched this during a short breakfast presentation by La Mer, who have donated and work in a partnership with National Geographic year to year to support the next generation of ocean explorers and to celebrate World Oceans Day.

It isn’t surprising, considering that La Mer’s primary ingredient is sea kelp, which grows in the ocean. You could say they have a bit of a vested interest. 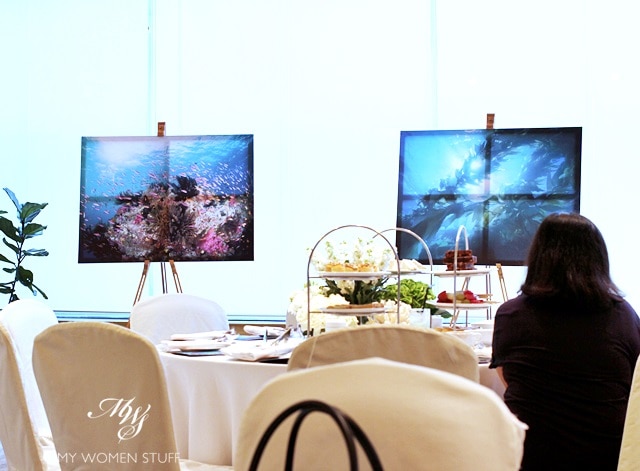 Incidentally, today June 8, is World Oceans Day – a day to recognise the importance of the sea as a vital ecosystem and to take action to preserve its delicate habitats and wildlife. We may not realise it, but a lot of what happens to the sea impacts our life.

The short film “The Blue Heart” is beautifully made and I found the video, so I’ll share it with you below. It did resonate with me and make me want to go out there and save the oceans, I can tell you. Damn! I’m suggestible 😛

For your viewing pleasure, here is “The Blue Heart” – I highly recommend watching it 🙂

Locally, La Mer also works with Reef Check, an NGO that works to conserve coral reefs in Malaysia. I found out that Malaysia is quite blessed to be part of a “Coral Triangle”, an area encompassing Malaysia, Singapore, Indonesia and the Philippines which has the highest marine biodiversity in the world. What this also means is that we are blessed to have abundant coral reefs – up to 4,000km of them in just Malaysia alone.

However, the survival of these coral reefs are being threatened by humans and climate change so bodies like Reef Check help monitor the health, try to educate us on the importance of having healthy reefs and try to make reefs more resilient, among others.

I also learned that a lot of high value fish which live amongst the corals (groupers are a favourite delicacy) have all but disappeared and what made me pause was that the “live fish” you see swimming in the restaurant tanks might have been stunned using cyanide… which we then later ingest. Talk about a vicious circle! 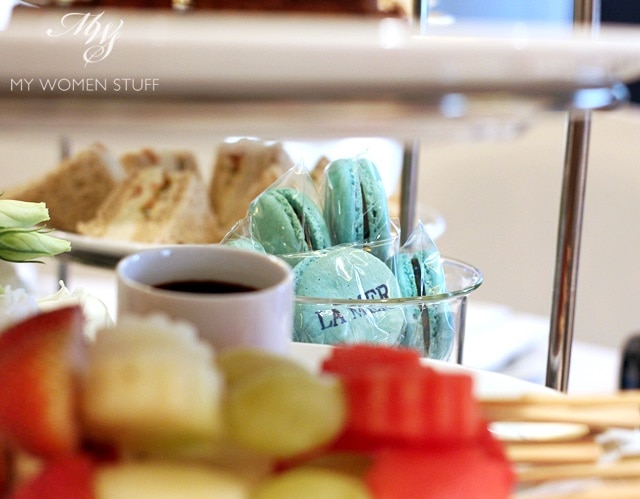 I personally don’t dive, but many years ago, I went on a snorkelling trip off the East Coast of Peninsular Malaysia, which has some of the worlds best beaches and most beautiful coral reefs and there, I saw some of the most beautiful sights ever. A vibrantly coloured coral reef, just a short swim out from the shore, with colourful tropical fish darting in and out amongst them.

Back then, I toyed with the idea of taking up diving just so I could see more of these beautiful corals but I ended up not doing it. I don’t regret it now, but I think it would have been a nice thing to tick off my to-do list 🙂 Do we have any divers among us? 😀 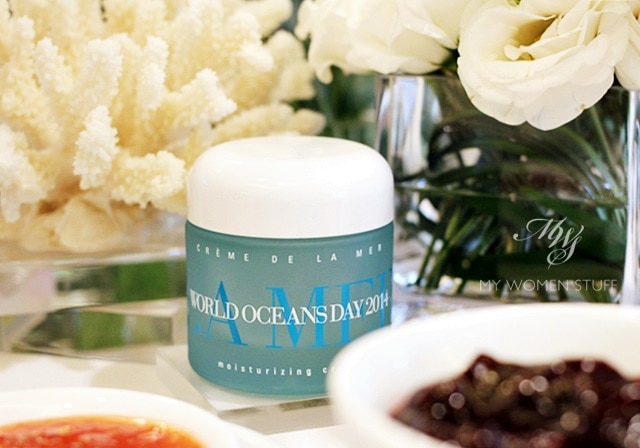 La Mer launches a limited edition packaging each year for World Oceans Day for their iconic Creme de la Mer, and this year’s 100ml tub packaging comes in a frosted blue glass tub. If you are a fan of Creme de la Mer then it is probably nice to own. For me, CDLM works really well where it’s cold and dry, but not so well here, where it makes me break out. My sister however, likes it so I chalk it up to being one of “those things” 😀

Did you enjoy watching “The Blue Heart” short film? Do you dive?

I toyed with the idea of diving for a while – even put down a deposit for a course, but eventually never got round to doing it. In fact, I haven’t been snorkelling in years either! Perhaps it’s time to change that this year, and to pay a visit to our local coral reefs 🙂

“If you think of the ocean as the Blue Heart of the planet that keeps us alive, how much of your heart do you want to protect?” ~ Dr. Sylvia Earle