If you trawl the pharmacy aka drugstore shelves enough, you may have noticed the party packaging that is the Revlon Lash Potion Volume & Length mascara. Admit it, with the packaging that looks like someone went and did some serious photographic bokeh (not a bad word!) in a nightclub, you might imagine that this would make your lashes look like they are ready to head downtown and par-tay! 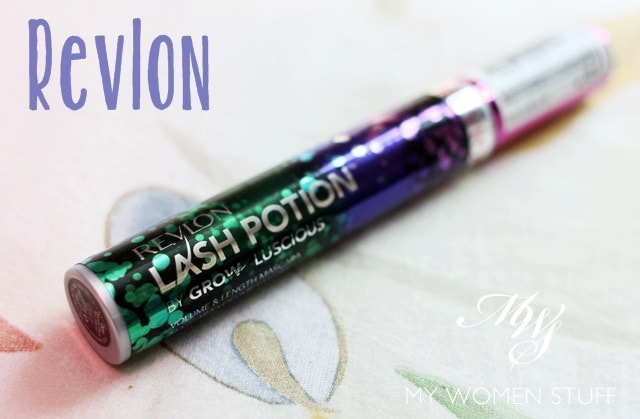 The Revlon Lash Potion comes in one shade for now – Blackest Black, which is great. I love black mascara. I don’t see the point of brown mascara (sorry if you like it) nor coloured mascara. Black mascara makes my non-existent lashes look a little more visible.

I also liked the Revlon Grow Luscious mascara. It was one of the better ones that I’d tried, that gave me fluttery lashes. I’m not sure if the lash protecting and lash growth enhancing formula really worked, but it was a good one while it lasted. So, realising that Lash Potion uses the Grow Luscious formula, I was quite interested.

BUT… and there is always a but….

I had experienced it a few times while trying this out, and each time, I told myself it wasn’t the mascara. But then to really test it, I went without eyeliner one day. It was the day I had an unexpected meeting followed by a lunch meeting. I didn’t get funny looks, nor funny stares, and everything was as normal as far as I could tell.

But when I got back to the office and went to the bathroom, much to my horror, there in the mirror staring back at me was a racoon. I had these lovely black smudges under my eyes, all the way around. And all this time, throughout the meeting, NO ONE SAID ANYTHING! Men, I tell you :P 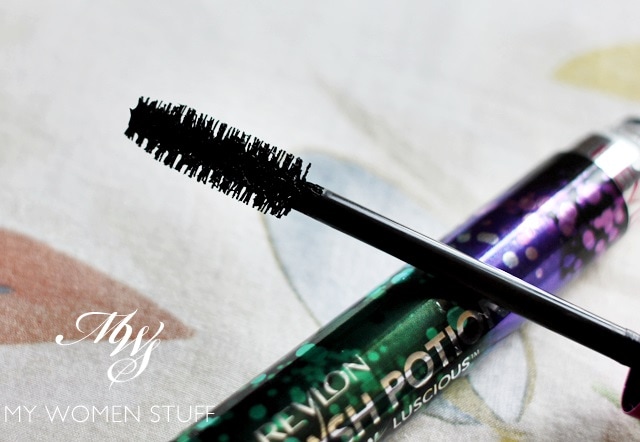 The brush is something of a monster. There are 2 levels of bristles. One longer one and one shorter. But because it’s so large, I can’t really brush it on. I have to dab on the mascara with the tip of the brush, then follow up with a sweep of the bristles over my lashes.

When I get it right, it looks creditable. Something like this. 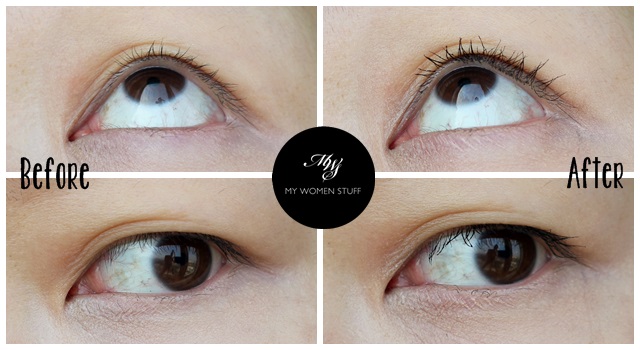 Before Lash Potion on left. Barely noticeable lashes, even up close. After a coat of Lash Potion mascara on right. Not exactly skyscraper length lashes, but visible. Lash Potion promises volume and length. As far as I can tell, it delivers. Just about. I’m realistic about my lashes :P It isn’t “crispy” and spidery either.

When I get it wrong, I smudge mascara all over my top lid thanks to the large brush. But I’ve gotten used to it so it isn’t such a messy affair anymore. Removal is easy but then, it isn’t waterproof so it doesn’t stick onto lashes like super glue.

But still, despite it looking fairly natural on my lashes, I can’t get over how smudgy it gets after a couple of hours. I can’t bear looking like a racoon or a panda and I don’t always have the luxury (nor habit) of checking myself in the mirror every hour or so. And, I’ll be damned if I sit through another meeting, being professional and social… as a panda. Wake me up when this comes in a waterproof formula. I might give it a go then.

The Revlon Lash Potion mascara comes in Blackest Black and has a lash enhancement formula similar in the Grow Luscious formula. The brush is rather large and I think works better on someone with longer lashes, or larger eyes. On my small eyes and short lashes, it’s quite a challenge. The biggest downer however is the fact that the one I tried isn’t waterproof. So, after a couple of hours, I end up looking like a panda. Pandas are cute. Me looking like a panda? Less so. Pity about that.

Pros: Affordable, Very black formula, Formula isn’t too wet, Enhances lashes and makes them look more visible, Easy to remove, Not waterproof (if this is something you like) or also available in waterproof versions 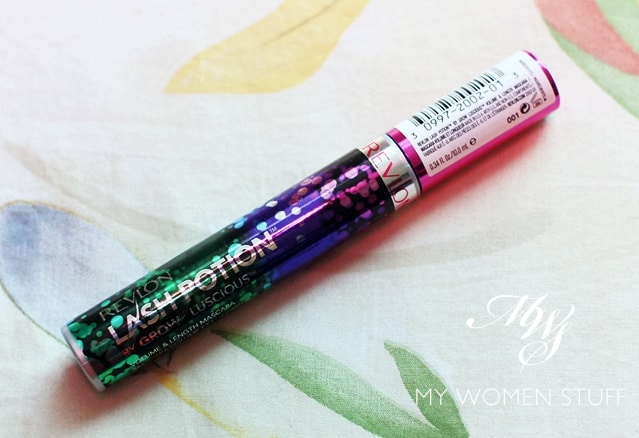 Still, the unconventional mascara packaging takes top marks for design! Pity the formula didn’t work better or it might really be a party for the lashes.

Have you tried the Lash Potion mascara? Do you prefer waterproof or non-waterproof formulas?

I usually go for waterproof formula because in our local humid weather, non-waterproof is quite disastrous. I don’t have oily lids, so at least that’s something to be thankful for! That said, some waterproof formula work better than others. I’ve had some high end waterproof mascaras smudge as me too. Another I like is the tube formula like the one in my unavailable locally HG, Australis Voluptulash. I got 2 tubes as backup from my Aussie mule! Thanks, Geek! :D

Revlon Lash Potion by Grow Luscious mascara comes in Blackest Black in waterproof and non-waterproof formula Price: RM33 (or watch for sales) Availability: All Revlon counters in most pharmacies

PREVIOUS POST: Your Say: Do you use a separate sunscreen or rely on SPF in BB Cream or foundations?
NEXT POST: Bio2You Organic Facial Cleaner and Skin Toner gives sea buckthorn the centerstage