2010 seemed to be the year of lash growth serums. We had so many pop up in the market! Bar one that actually worked for me, I was not quite impressed nor taken in by others on offer. Ironic really, seeing as to how I have short lashes.

I met someone for the first time about a month ago, and she exclaimed after a spell “You really have short lashes!” I wasn’t upset of course. I’m resigned to it but I found it quite amusing that she noticed 🙂 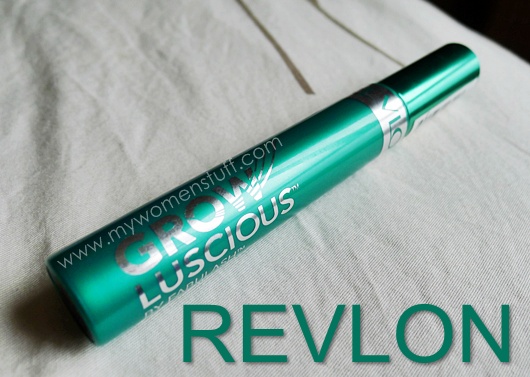 Now, instead of having a separate lash growth serum, we now have lash growth mascara – mascara that help condition your lashes and help them grow the more you use it. What a way to build brand/product loyalty! 😀 I know Rimmel has one (I haven’t got round to using it) and Lancome has one but Revlon has one too – Grow Luscious Fabulush mascara.

I will tell you up front that I don’t know if there was any lash growth of my short lashes. I don’t use one mascara long enough for its benefits to show. What I will tell you is how it performs and why I like it 🙂 Yes I do!

It might interest you to know that I have never tried a Revlon mascara before this. Yup! Done the whole gamut of drugstore mascara but not Revlon. 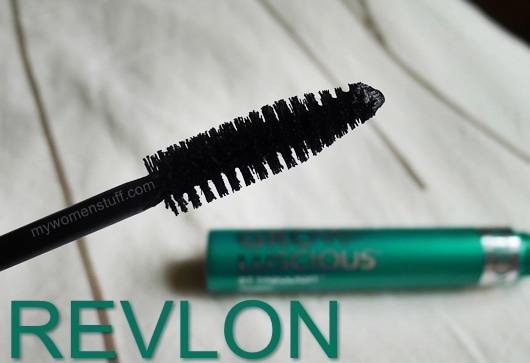 The big brush terrified me, naturally. Short lashes + big brush usually = disaster. However I was quite surprised that I did not get mascara all over my lid as I thought I would. It might be the way the brush tapers, or the fact that the bristles are all very dense and close together, but I found it quite easy to apply to my lashes.

The other thing I liked is the slightly dry formula. It goes on my lashes easily but it does not smudge and I don’t get residue on my lid when I blink immediately, which is great when you are in a hurry in the morning.

Also the formula left me with very natural looking fluttery lashes. Sure, I did not get va-va-voom lashes, but it was great for an everyday sort of look. Its like “my lashes but better” and I liked that.

The before and after photos above show you just what I mean. The mascara did not leave me with dramatic lashes, but it was enough to open up the eyes.

Removal was easy. I use eye makeup remover or cleansing oil and its easy. However, as I have noted right at the top, I’m much too fickle to stick to just one mascara day after day, and there is no way I have a ruler small enough to measure an infinitesimal increase in lash length. It did not cause my lashes to fall out, it gave me natural looking lashes and that for me is quite enough.

Cons: Big brush might be hard to use for those with small eyes

Have you tried this one? I think its been out for a couple of months already and I know there are some ongoing promotions in the pharmacies. Its definitely not the full retail price of RM33 in the pharmacies!

I could consider repurchasing this because its not terribly pricey, and it gives me the lash effect I want – natural and fluttery. I’m not fussed about its lash growth claims so long as it doesn’t cause my lashes to fall out! 😀

Revlon Grow Luscious mascara retails at RM33 at Revlon counters. Watch out and pick it up when they have promotions or sales for a better bargain