We haven’t had a spa review on here in a while, I’ve noticed. I have been frequenting my regular spots and haven’t been trying many new places. But I recently did – the Zen Soul Spa at Desa Sri Hartamas, Kuala Lumpur. 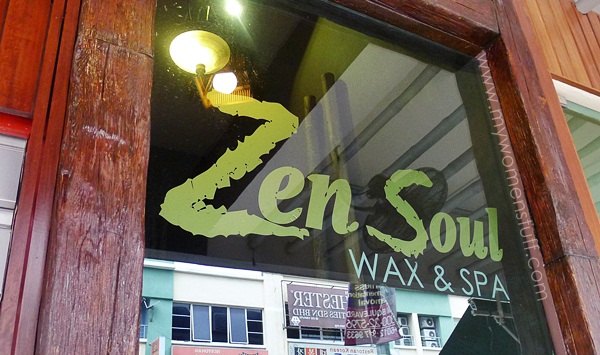 I came across this one during their Christmas and New Year promo and sharing with a friend, went with a Buy 2 Free 1 package. I think it ended up being RM80 or so for a 90 minute aromatherapy massage. The spa is located in a row of shop lots in Desa Sri Hartamas and my visit was not without its hiccups.

My first appointment was messed up so when I arrived, I was told that it was not possible for me to have my massage then as they had other customers. After a bit of ding-donging back and forth, I eventually got my time slot a couple of weeks later and turned up for my massage. So, is this a place I’d like to return? Let’s take a look 🙂

END_OF_DOCUMENT_TOKEN_TO_BE_REPLACED

There are spas you visit and think “Erm… its alright” and there are spas you visit and think “I want to come back and I’m going to tell everyone about it!” Poise Organic and Wellness Spa is of the latter category. A bit of a hidden gem, I would never have unearthed it had Connie and Gillian of Poise not contacted me to stop by their relatively new spa and take a look.

Poise Organic and Wellness Studio is located in a semi-detached 3 storey house in the Old Klang Road area of Kuala Lumpur. Its essentially a housing area just behind the Pearl Point Shopping Centre. I’ve got a map below to show you just where it is. Parking can be a bit of a problem if there are many customers, as the compound isn’t very large. From the outside, it looks just like another well renovated house. 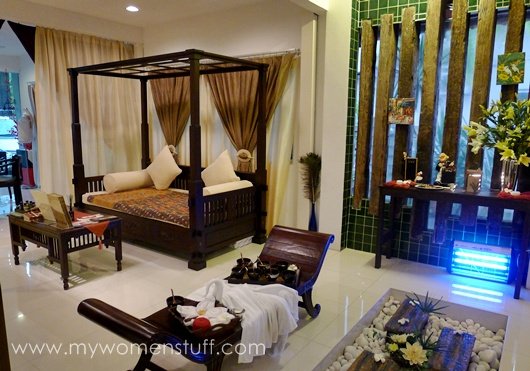 Stepping into the waiting area is like stepping into your best friend’s living room. The staff are friendly and you are made to feel welcome with tea, while you choose your massage oils and body scrubs (all of organic origin). I was having a “Your Choice Getaway” – 155 minutes of a body scrub, body wrap, massage and relaxation break. Sounds absolutely decadent! 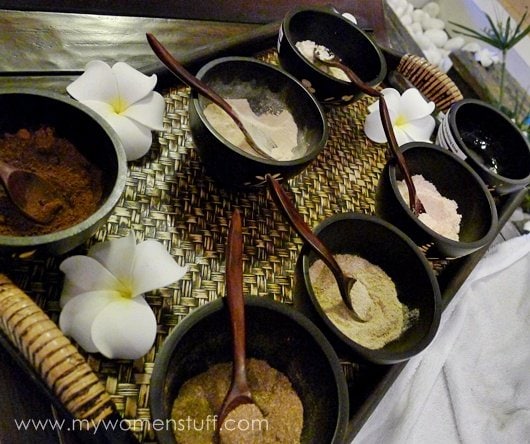 Once you choose your oils and scrubs, you are led upstairs to the treatment area. This is right on the third floor, and I was informed that the wet area where the body scrub and wrap is to be, is separate from the dry rooms where the massages are performed. The rooms are all couple rooms with two beds so you can go with a friend, but if you are just one person, they of course won’t make you share.

An interesting point to note about Poise is that they cater primarily for women. I must say that it is a nice place to meet up with a bunch of girlfriends and just hang out while you relax because its got a lovely ambiance. They do not admit men as a matter of course, unless accompanied by their female guests so those who’d like to bring their significant other may do so, but otherwise, no men are admitted.

Your belongings can be kept in a locker in the yoga room (yes there are yoga lessons there too) with the key kept with you at all times. From there, you are led to the wet treatment area which is, interestingly, an open-air concept.

END_OF_DOCUMENT_TOKEN_TO_BE_REPLACED

I was away for part of last week, taking a long awaited quick getaway with my family. We had decided to visit the luxury resort of Pangkor Laut Resort, after hearing a lot about it. Its also been quite a while since I’ve gone to the beach or to an island so I was looking forward to it 😀

The journey started by road from Kuala Lumpur, at about 6.30am for the 3.5 hour drive to the coastal town of Lumut, to board the ferry to the privately owned island. Try squeezing 6 adults into a car, with the driver (moi!) not quite sure of the way, and it promised to be lots of “fun” 😛 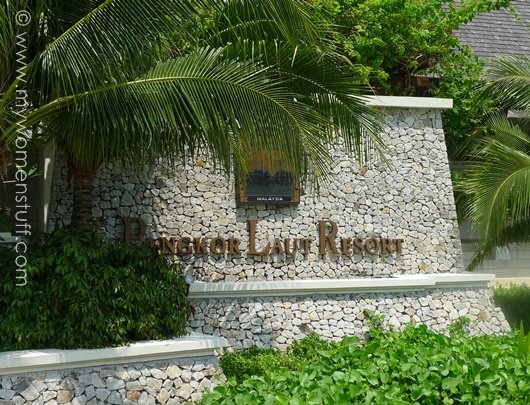 Still, we made it to Lumut in one piece, parked the car in the multi-storey car park (about RM10/day) and headed to the Pangkor Laut Resort office to check in, and for a cool towel and drink. There’s a computer and wifi in there, but really, do you want to be online while the great outdoors and the sea beckons?! The island itself is about half an hour away by speed boat and I was raring to go. Come on already! 😀 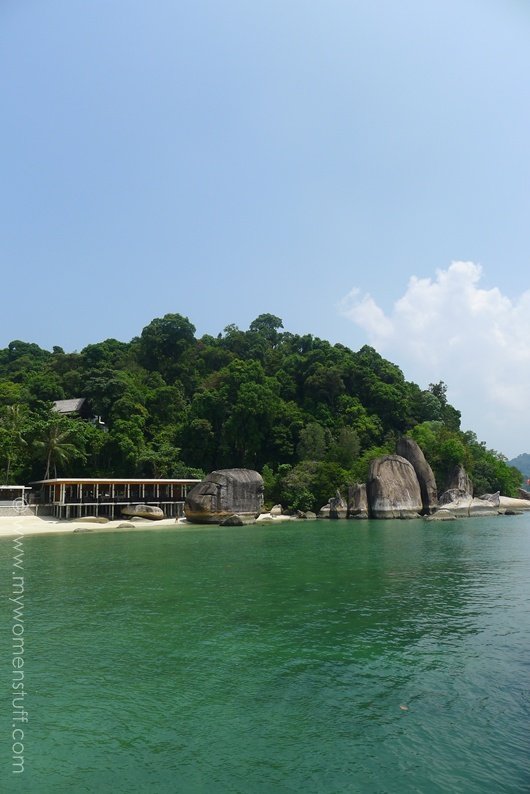 And here’s one of the first views of the island and resort from the jetty! If you plan to visit (and its a luxury resort so prices are mind blowing) and are Malaysian, there is a per person package price of about RM799++ for a 3 day/2 night deal which is inclusive of transfers, accommodation and 3 meals a day. That’s the package deal we took advantage of and it truly offers you the best value for money.

END_OF_DOCUMENT_TOKEN_TO_BE_REPLACED

I paid a visit to Jari Spa this week using a discount coupon I’d purchased from one of those deal sites. You know the ones that offer you super cheap prices on what might be expensive products, food or services? Well, let’s just say I’m glad I paid the price I paid instead of the price I was supposed to pay!

Jari Spa is located in Solaris Dutamas, Kuala Lumpur. Its a new part of town and no, its not in the same vicinity as Solaris Mont Kiara. Its near enough if you drive but otherwise, no. If you plan to drive there, and are unfamiliar with the place, good luck with the parking. When I went, just 2 days ago, most of the area is still under construction so there is a lot of hoarding around and if you exit at the wrong block as I did (Block C) it was near impossible to get to where Jari Spa is (Block A). Also, the way the buildings are numbered was most confusing. Calling the spa did not help. Told them I was at PappaRich and they told me to go up the escalator. Turned out that it is in fact 2 blocks away from PappaRich, and was not even facing the main road! To say it is hard to find is like saying the sky is blue – its stating the obvious. I ended up taking almost half an hour to find the spa, no thanks to poor directions. I was already a little late for my appointment so understandably I was in a rush and quite pissed at not being able to find the place. 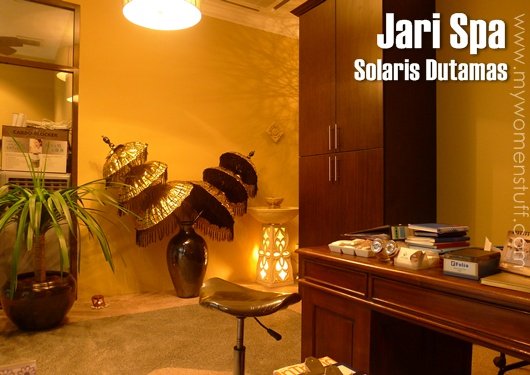 With such an ominous start, is it any wonder that the spa session did not bode well? 😛

I purchased the Jari Spa Royal Spa Treatment which retails at RM280. I paid RM59 with the deal. It was supposed to be a 2 hour session comprising a footbath, herbal steam, massage, javanese lulur (scrub), whitening mask and milk bath.

When I eventually arrived at the location, I was already late by about 45 minutes (including the 1/2 hour to find the spa) – that much I concede. However, the receptionist did not turn me away, but just told me to swap my shoes for their slippers, and I was immediately led to the massage room. The reception area is small so I don’t expect it to be able to hold many people at one go. The ambiance was alright, suitably quiet, although there was drilling to be heard from outside – not their fault.