Home » Interesting Discussions » Your Say: Do you still comment on blogs?

You know, the blog has been feeling rather intense lately. I think it’s that last giveaway and celebratory post and my whacking of Luna that’s stirring up a lot of feelings haha! (but thank you for your input, you guys are really the best!) So I wanted to chill things down a little on the beauty front and ask you something prompted by a question I came across on Twitter. 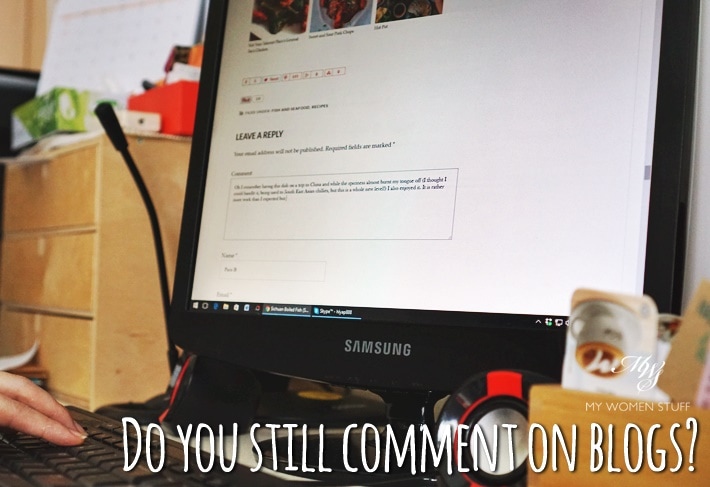 Curious Q: do you comment on blogs anymore? Do you just engage on the social platforms linking to posts? Admittedly I mostly do the latter.

I thought it was an excellent question, because it’s one I have been thinking about as well in recent times 🙂 I’d like to invite you to talk about this, because I think it’s interesting to see how commenting has evolved (or devolved).

From a blogger standpoint, I do like leaving a comment on blogs and I try to whenever I can. This is particularly so if it’s a blog post or topic I feel strongly enough to leave an opinion, or if I’m sufficiently moved to leave a long comment. It’s a hat tip to the blogger for their hard work (because I know how hard it can be) and it serves as encouragement. On friends’ blogs, I would comment regardless, because they’re friends and I like to show a little support, and it’s always a good place to engage in some light-hearted banter 😀 Sadly however, many of my friends no longer blog so I don’t engage as much as I used to.

I also like leaving comments, because I know how it feels, as a blogger, to slave over a blog post, thinking “This is the one! I just know this is going to be an epic post because I have such a strong opinion on it!” … and then hear crickets and see the dreaded “0 Comments” on the post. For old-timer bloggers, comments were, and still are, a way to validate our existence. Just stating facts here! 😛 But I can tell you, from a blogger’s standpoint that blog comments aren’t as active as they used to be just a few years ago. I attribute it to the rise of social media.

From a reader standpoint, there is a strong possibility that I’m already following my favourite bloggers on a social media platform. I’m most active on Twitter and Instagram and that’s where I follow some of the bloggers I read. (Do forgive me if I don’t see your comments on Facebook for weeks or months on end – I have a long-standing dislike of the platform and only have an account because of the blog. No personal account 😛 ) 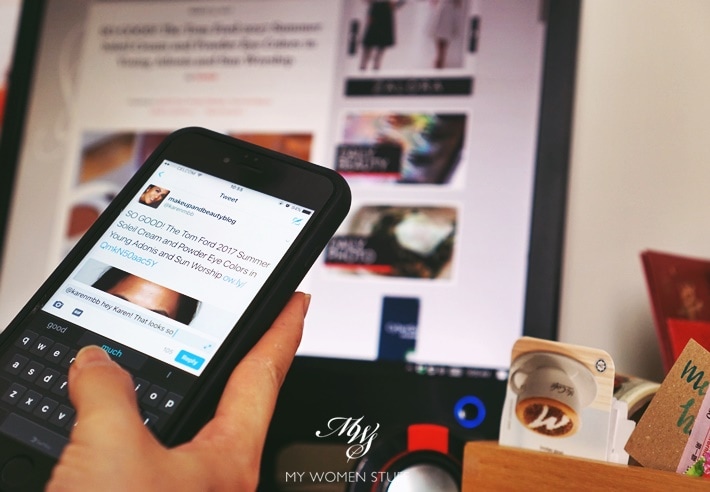 Quite often, I find that sharing a view on Twitter or Instagram gets me a response more quickly than it would, had I left a comment on the blog. Also, with blogs, you’d have to check back to that specific blog post in order to see if there’s a response, unless there’s a system in place to notify you of replies to your comment. Unless it’s a topic you feel strongly enough about, the odds are, you’ve moved on. Also, some bloggers don’t reply to comments. I understand that for some, the volume of comments they get daily can be overwhelming, so they may not respond to every comment. And that’s the risk you run, as a reader.

That said, I too find that on social media, some bloggers don’t reply or respond to comments, or more importantly, questions either. I do get that responding to every comment that says “So cute!”, “I love it!” or “Love this outfit!” is trite and non-productive, but I do think that replying to a question is good manners. However, I also understand that sometimes, comments and questions get buried in the feed, especially if they are very popular personalities. It happens to me sometimes (although I’m not a popular personality LOL!), and for this reason, I prefer questions asked in blog comments because I can come back to it to respond, and there’s no excuse for it being buried anywhere. It’s there, on your dashboard.

But I get that social media is more interactive in that sense. It gives you a sense of immediacy and connection to the person. I also find that people are more willing to interact with me on Twitter or Instagram – perhaps it’s just quicker because you’re already signed in and can tap off a comment on your phone. Perhaps it’s more personal. A blog can often feel a little more faceless, lacking that immediacy of response, and the forms you have to fill BEFORE you can comment can turn some people off, as many people now read on their mobiles and most people are just impatient.

Yet, as I told Arianne, as a blogger, I was conflicted. I love getting comments, because I love that engagement that goes on on a blog. I love reading blog comments on most blogs, because it can sometimes offer a greater insight into the way people think, or offer up an alternative opinion (not troll comments, naturally) and sometimes, comments can be even more interesting than the post itself and offer a better insight into the blogger and their interactions with their readers. Sometimes the way a response is given puts me off and so I stop reading and sometimes a sticky situation is handled so elegantly I’m compelled to subscribe. But as a reader, social media platforms offer me a better option to reach out to a blogger, especially if I know they will reply to a question or comment. As with most things today, it’s complicated 😛

What say you? Do you comment on blogs anymore? Or is social media your preferred method of engagement?

Ironically, yes, I am inviting you to leave a comment on this blog post 😛 LOL! But tell me, have we evolved past blog comments? Should bloggers just close off comments totally just to avoid seeing that dreaded “0 comments”? (It’s not going to happen here on MWS though!)

p/s Just an addendum: I’m not really speaking about my blog per se nor seeking validation – hope it’s not being misunderstood! 😀 This is a general observation based on my conversations with other bloggers and also my observations about what I see on other blogs. It’s a phenomenon that’s been recognised by some “pro-bloggers” as well who blog about blogging, tech and SEO so it’s not limited to just my blog – but to blogging in general.

68 comments ... Read or JOIN THE DISCUSSION