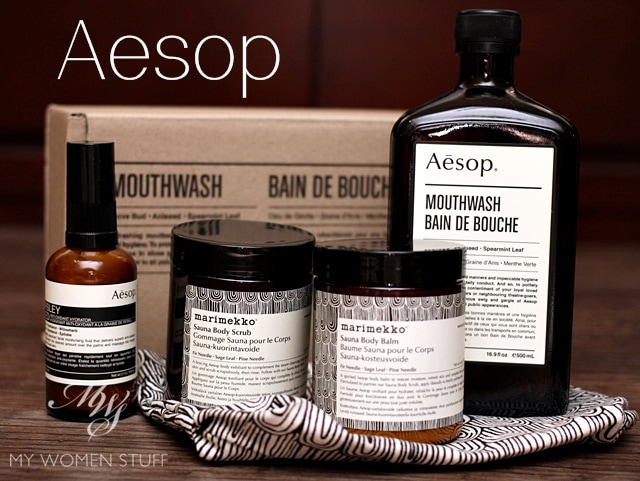 Australian brand Aesop has been bringing in some new products into the local market, some of which are quite interesting. For example, mouthwash. Outside of the pharmacy aisles, how many skincare and cosmetics brands do you know have developed a mouthwash? Oral hygiene is just as important as having good skin so I found this one amusing and fascinating.

Let me just show you the new additions to the Aesop skincare range quickly and tell you a little about them. Incidentally, we have something for the face, the body and oral hygiene too! 😀 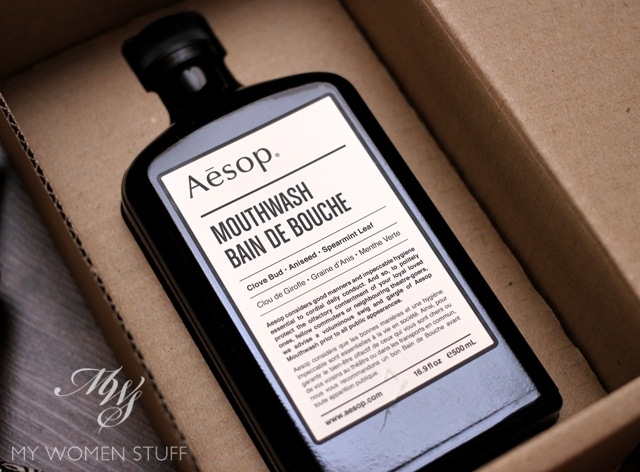 I found this one very fascinating simply because I’m not used to being pitched mouthwashes 😛 I might have expected to see this coming from one of the usual oral health brands, but certainly not Aesop. The product comes in a large, heavy 500ml sized brown glass bottle and is a blend of clove bud, aniseed and spearmint leaf. The minty taste of spearmint is tempered by the mild aniseed flavour and this is alcohol free so you don’t get that mouth-numbing feeling you may have come to associate with mouth washes.

I’m going to give this one a go and tell you how I like it later, simply because its one of the most interesting things I’ve come across in recent times 😀 Its been available for a while at Aesop stores so if you have seen or tried, it please let me know what you think of it! I do have to admit that price-wise, it is rather intimidating. 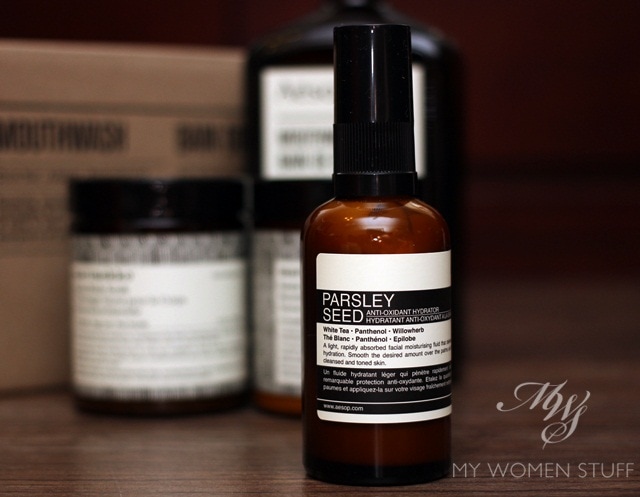 Complementing the other products in the popular Parsley Seed range at Aesop is the new Parsley Seed Anti-Oxidant Hydrator which is a facial moisturiser. The texture feels light and it is very light on skin, absorbing quickly without feeling greasy or uncomfortable.

The key ingredients of parsley seed extract, willowherb and white tea act as anti-oxidants to sooth the skin and the addition of Panthenol (B5) acts as the hydrator. This face moisturiser helps fight urban aggressors and pollutants while hydrating skin with its lightweight texture that feels lovely in our hot tropical climate.

This one is rather new in stores but I know Aesop isn’t one to change formulas or packaging needlessly so I’ll tell you a little more about this one in time to come. If you’re interested, they sometimes have samples in store so its always worth asking if they’ll let you try something. This being new, the odds are they will have samples so ask and ye shall receive 😉 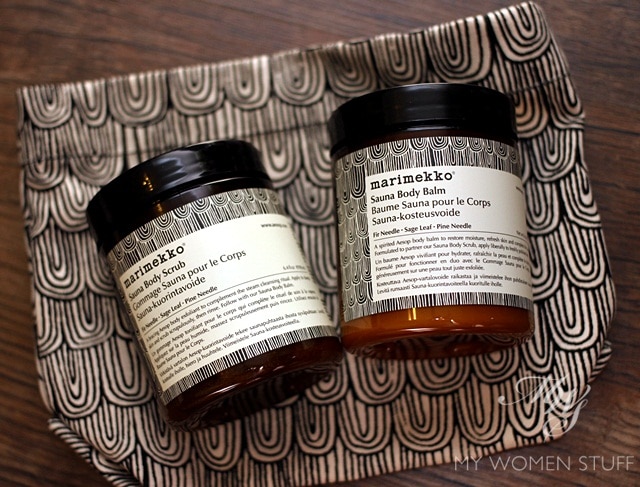 This one is hot off the presses! Aesop has teamed up with Finnish textile house Marimekko to come up with a special edition Aesop Marimekko Sauna Duet, which is a pack of 2 bath and body products in a cloth bag printed with Marimekko’s ‘Vellamo’ prnt. This print as you see in the picture above, was inspired by moving water and the cotton bag is lovely and sturdy.

The Sauna Duet was inspired by Scandinavian bathing culture. Are we familiar with the Finnish and their saunas? I’d love to go and try one for myself one day, in the dead of winter. Apparently, the alternating heat of the sauna and the cold of dipping into the lake is invigorating and good to get the ol’ blood moving. It will certainly be a story to tell! LOL!

The Sauna duet doesn’t quite channel this, but what you get is a Sauna Body Scrub, which is a pumice and bamboo stem body scrub to exfoliate and polish skin and then to be followed by the Sauna Body Balm to moisturise and soften skin. The jars are plastic so you don’t have to worry about breaking something in the shower, and I love the scent! Its scented with fir, pine and sage and smells at once fresh and invigorating. I don’t have the price of this one so I’ll update once I have it.

As I said, I have to admit the mouthwash is fascinating although I’m not quite sure I’m prepared to shell out RM83 for a mouthwash, nor tell anyone to. Granted, it may be wonderful, but its still close to RM100! The Antioxidant Hydrator whilst also pricey is something I’m more willing to pay for, if its good for my skin. Mouthwash? Less so.

Aesop products are available at Aesop counters (find here) and their flagship store at Pavilion Kuala Lumpur. Prices are as set out above

PREVIOUS POST: Because skintone is not a universal shade, Kiehl’s BB Cream comes in 3 shades!
NEXT POST: It has been the best of times and the worst of times: What’s been going on with me?