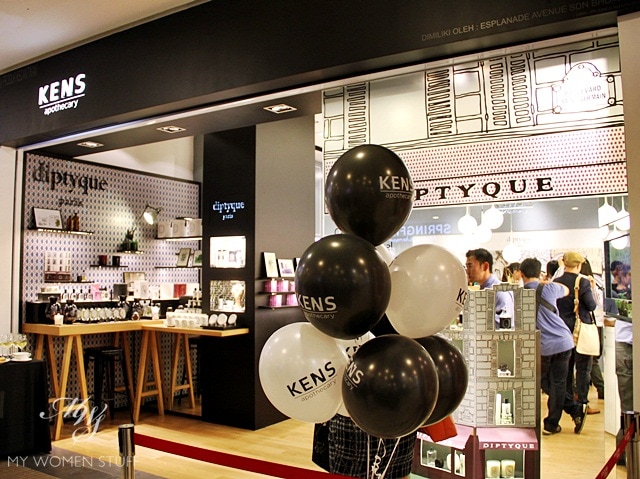 I rarely talk about shops opening here and there but I wanted to share this one, because I’d been waiting for this store to re-open in the city for so long.

Ken’s Apothecary opened in Bangsar, KL sometime back in 2000. Their store used to be along the row of shops facing where Bangsar Village 2 now stands and I remember then, reading about it in the newspaper.

Anyway, I was young and impressionable and for some reason, I was drawn to the article. It might have been the name – Ken’s Apothecary – because really, how many of us actually hear the word “apothecary” bandied about these days? It was old world and I liked that. Unlike apothecaries, which are essentially pharmacies, this one had a very narrow niche with a focus on niche and luxury fragrances and brands. I was introduced in the newspaper article to the likes of Annick Goutal, T. LeClerc and Laura Mercier, to name just a few brands that was carried in store. Brands whose names were alien to me at that point.

Someday, I told myself, I’d visit this store which I had built up in my head to be an Aladdin’s cave of wonders. I did, a couple of years later.

I went in there looking for the iconic T. leClerc Banane loose powder (goodness! One of my earliest reviews – although I have to say my rambling style has never changed :P) and I remember the hushed, fragrant surroundings which was intimidating to a young girl out armed with a small paycheck, hoping to pick up something nice. I didn’t pick up anything then as they were out of stock, but I remember being taken in by the Annick Goutal fragrances because of the pretty ribbed bottles all lined up against the wall.

I did eventually pick up the T. leClerc Banane powder (and if you have a lot of redness in your skin, this is an excellent colour correcting powder that controls oil too) and I told myself I’d save up for an Annick Goutal fragrance because I liked the bottle. Yeah, sue me 😛 However, the store was closed a while later and although I saw the various niche brands pop up in stand alone stores and in department stores, it wasn’t quite the same as when I first saw them together in a hushed, fragrant store. 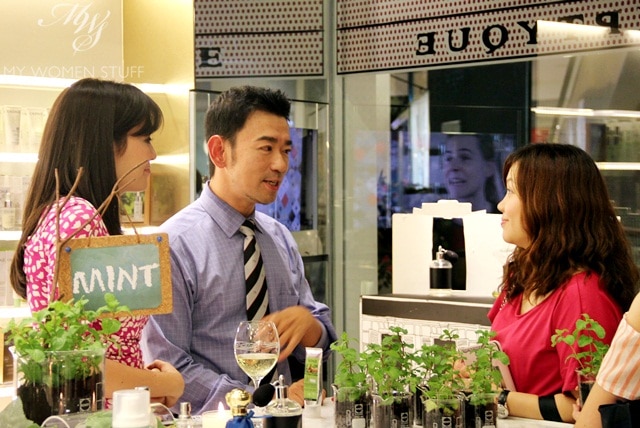 Ken Lim, whose name fronts what is now KENSApothecary (with a spanking new logo and simplified new incarnation of the store name), admitted that he had been a little ahead of his time when he first set up the store. He had modelled the store after the likes of Space NK and the Barney’s Apothecary, both of which also carry niche, luxury brands. Back in early 2000 the local market was not quite ready for cult brands and niche fragrances, and a multi-brand store. I don’t even know if people were all that keen on these things, to start. What people wanted to do was conform, and big global brands gave that sense of security. Also, the high prices were a little scary. They certainly scared me. I remember thinking “Crap! I’m going to have to blow half my paycheck on this bottle of perfume!” before slowly backing away. 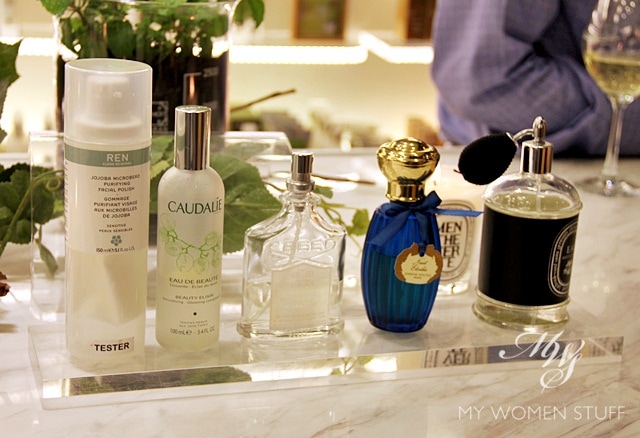 So, although Ken’s Apothecary (the store) went into hibernation I’m glad they have made a comeback. I’m also glad that Ken persevered through the years, keeping the niche luxury brands in the market and growing them quietly and grooming them to be household names, until we were ready to have them all together under one roof again. Their first store in recent times is at Empire Shopping Gallery but that’s too far for me to bother getting to, so when they opened their store at Bangsar Village 2, I was really pleased about it. 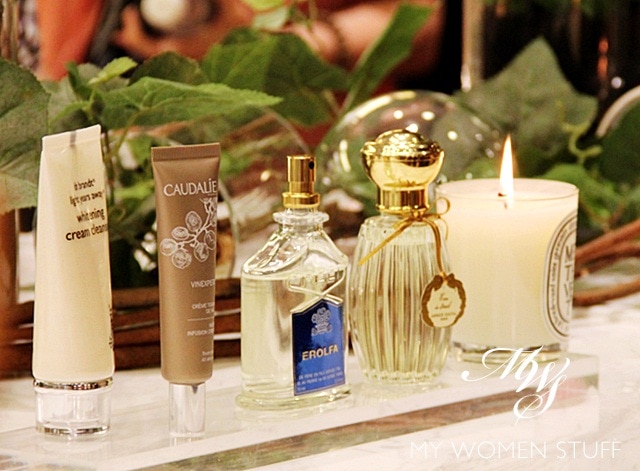 I attended the store opening a couple of weeks back, and it made me feel a little nostalgic. I first went into their store in Bangsar a naive young girl wide-eyed with wonder at the exotic names carried in the store, clutching my wallet, counting my pennies; and this time, I was going back in their store in Bangsar, a little older, a lot more savvy, and armed with a little more knowledge so the names in store weren’t quite as exotic nor as alien anymore 🙂 I was still clutching my wallet though – couldn’t have my credit card whipping itself into a frenzy 😛 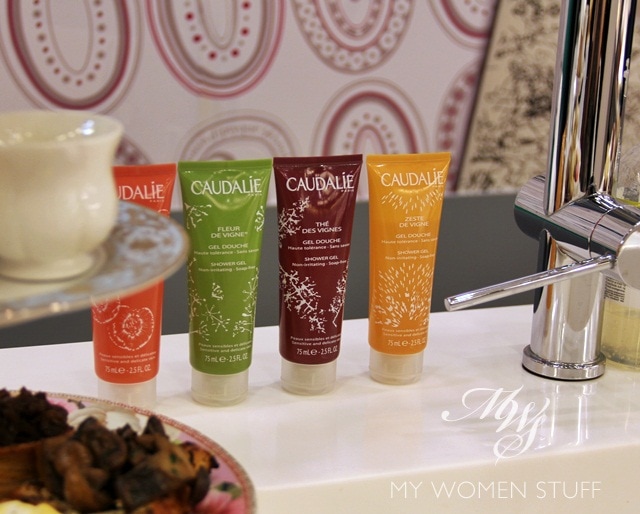 This time, I didn’t have to feel as intimidated about prices because you can actually get things in there for under RM50. I’m told the Caudalie hand cream and lip balm fall into this category. When KENSApothecary took over the distribution of REN Skincare, they dropped the prices a little. Ken promises we will see more brands come in, perhaps with a little more wallet friendly prices to cater to a wider customer base. One of the new brands due to arrive in July/August 2013 is Lipstick Queen, a popular Australian brand of lipsticks. I can’t wait to check it out because I’ve been told they’re very good! (You know I love my lippies :D)

The open concept of the store makes it feel more welcoming and less intimidating overall. But as I remembered, it is still beautifully perfumed, this time with Diptyque, the newest range of niche fragrances carried in store 🙂 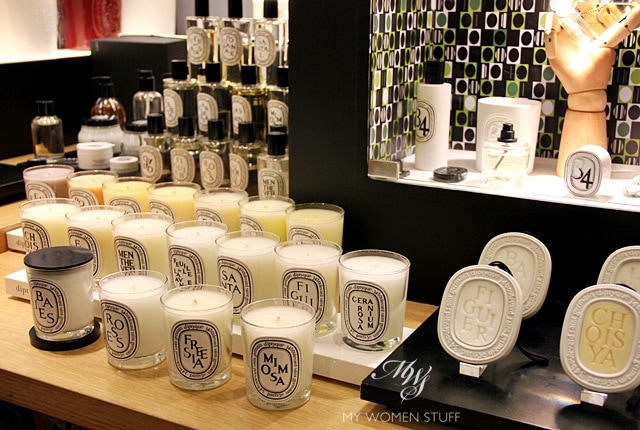 Diptyque candles and fragrances greet you at the entrance

The store at BVII is a little small and not all brands are represented – Laura Mercier isn’t for one, but the counter is just downstairs along with Dr. Sebagh. In store, you can find Creed, Annick Goutal, Diptyque, Caudalie, REN, Dr. Brandt and a teeny tiny section of T. leClerc cosmetics. I almost squealed when I saw it because boy, did it bring back memories! 😀 They do still sell Banane, if you’re wondering. The store at Empire Shopping Gallery is larger, if I recall correctly. 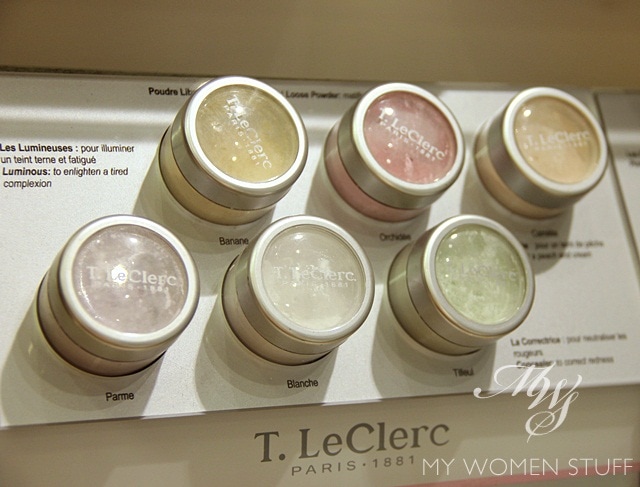 Yes, you can get a small selection of T.leClerc cosmetics in store!

I’ve always associated KENSApothecary with a luxurious, slightly more up-market image so I’m quite pleased that some brands that I’ve grown to enjoy using, are now carried here. It will be interesting to see what else comes in – other than Lipstick Queen, I’m assured we’ll be seeing some exciting times ahead with  new brands, more products and even a couple of new stores popping up.

Does anyone remember the early Ken’s Apothecary store?

Some of the brands found in store can be found at different department stores but its nice to have them all in one place. Its like going shopping at Sephora – on a more luxurious scale 🙂

KENSApothecary stores are at Empire Shopping Gallery and Bangsar Village 2 and online at kensapothecary.com.my

PREVIOUS POST: Scrumptious Saturday Vol. 26: Good Eats down in neighbouring Seremban town
NEXT POST: Dior Mono Eyeshadows : If you have ‘Logomania’ only wear 1 logo at a time