Home » Entertainment » My Women Stuff Readers’ Choice Awards Party 2011 : It was Legen…wait for it… dary!

Its a public holiday here in Malaysia and I’m feeling really under the weather – running a fever, sore throat and everything in between after my mad 30 hours with no sleep stint a few days ago. I’ll tell you about it some other time. Today, I’m keeping things light and easy, and doing a quick recap of the MWS Readers’ Choice Awards Party 2011 and round it off with some posts from you who were there! 😀 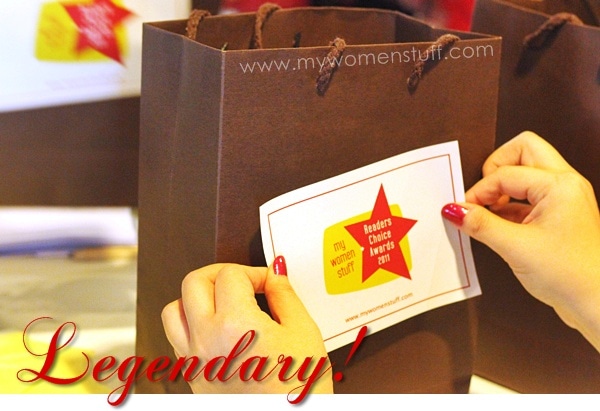 Its been over a week since the MWS Readers’ Choice Awards party 2011 which I can safely say has been the highlight of my blogging “career” to date! 😀 It was such a wonderful chance for me to meet up with lots of my friends outside of blogging, and at the same time, my blogging friends, fellow bloggers and readers too.  It was perfect to be able to finally put faces to names and there was quite a nice mix from each category 😀 Even more interesting for me, is meeting up silent readers. Ladies, speak up! 😉 You were all darling during the party, so don’t let it stop now.

I’ll let you have a gawk at some of the photos that were taken at the event, and I also have some blog recaps from attendees below, so here we go! 😀

The party as all parties are, were not without hiccups. The balloons never arrived (the silly people didn’t record that they were to deliver!) but luckily the store was just a short walk away and so disaster was averted. We had the party at Coffee Chemistry Cafe, a little cafe that shares its premises with the HTC Training Centre. I know, it was a strange sort of combination but it worked out very well in the end, because we got to use the training room to broadcast the awards results 🙂 Oh and we also had lovely coffee with coffee art of course. I hope everyone got that!

There were 2 lovely ladies manning the registration booth which they did in a spectacular manner, and attendees were all handed a form to fill to predict the winners. I have one thing to say for MWS readers. You were all terribly sporting to come in red lipstick as requested! 😀 I absolutely loved that most of you took the trouble 😀 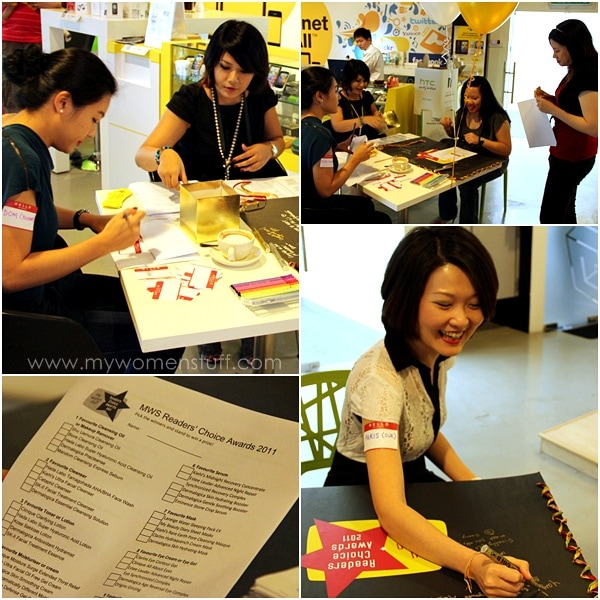 The person with the closest prediction would win a prize which was an excellent one I might add. And as luck would have it, there were 4 people with the closest answers and they had to answer a pop quiz to win! Congrats Hsu Jen 😀

Food and cake was plentiful (I hope) and I think everyone had a good time mingling. 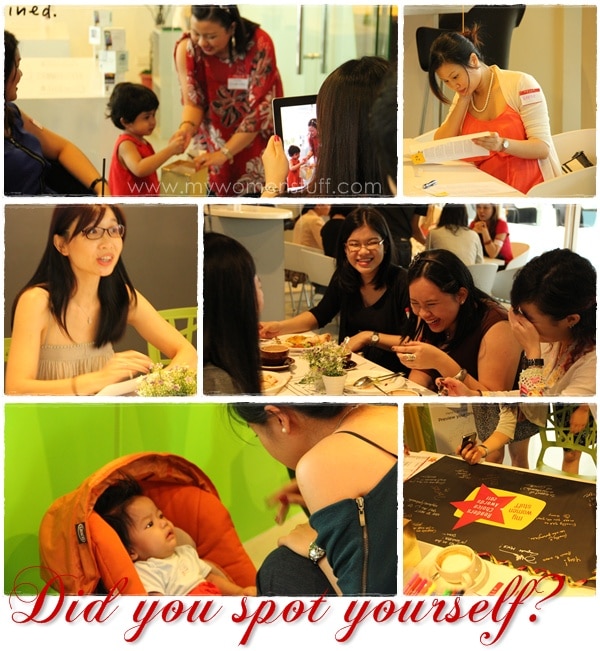 The 2 youngest attendees were baby Jebat and Jada, children of our lovely emcee, Juan. They were very well behaved too!

What’s a party without fun things like lucky draws eh? Check out the lucky winners! 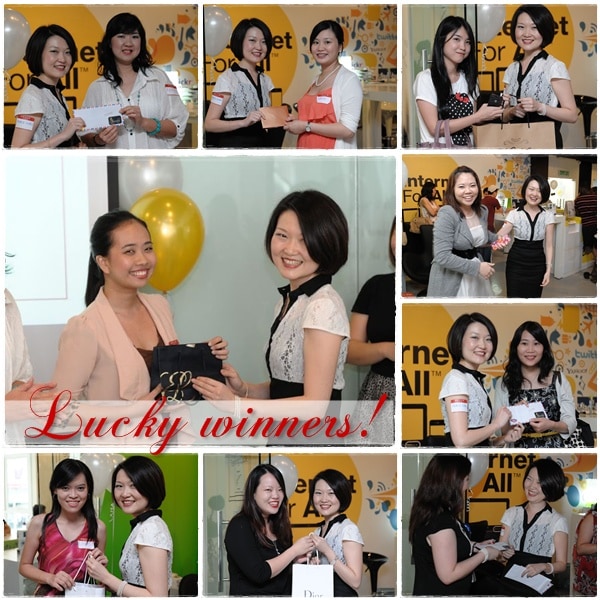 So thrilled, they were! I would have kept the Dior prize for myself, but was advised that it might cause a riot 😛 So it went instead to two very happy girlies 😀 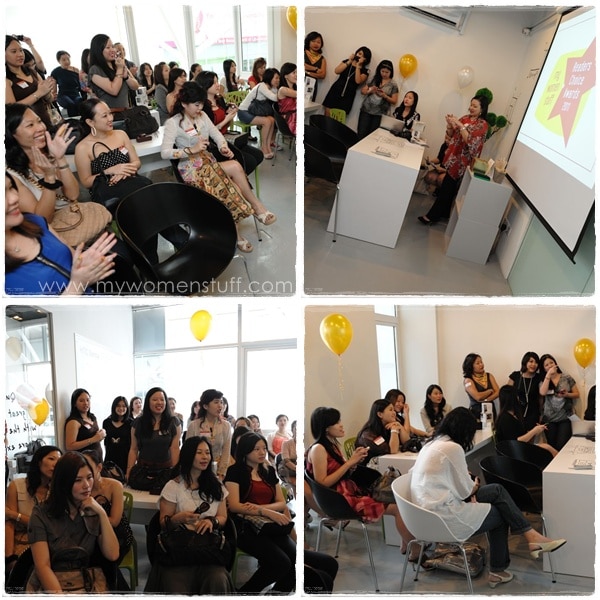 The winners of the awards categories elicited lots of cheers and groans. I think everyone was keeping tabs on their predictions yes? Hoping they got it right 😉 Thank you everyone for being so interactive! 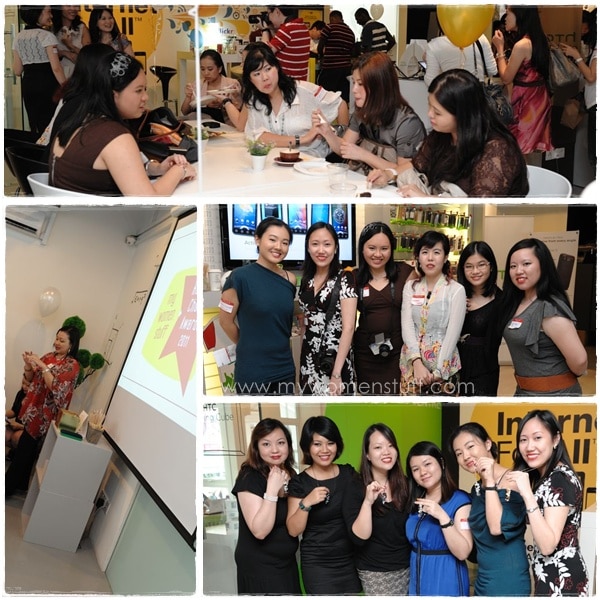 Blogs by attendees in no particular order – go check them out!

I hope I didn’t miss anyone. If I did, please drop me a line and I’ll insert the link to your blog as soon as I can.

I’m glad everyone had fun during the event, and that everyone else who could not attend, participated in the nomination and voting process too. You were all a part of this too! 😀

I will likely run the Readers’ Choice Awards again in 2012. That part is easy enough 🙂 But will I have another Awards party? I don’t know… Maybe if I could find sponsors for food and drinks, I just might! So, let me know if you know of anyone who wants to sponsor that part of things LOL! 😛

Onto the MWS Readers’ Choice Awards 2012!

PREVIOUS POST: A new bag love : Louis Vuitton Empreinte Artsy MM
NEXT POST: 33 Hours with no sleep and the havoc it wreaks on your health and skin

44 comments ... Read or JOIN THE DISCUSSION