I woke up yesterday to a slew of terrible news on my twitter timeline concerning world events. It’s starting to feel again like we’re teetering on the edge of a World War, if not more armed conflict. Amongst all that was a major piece of news from the beauty world – Bobbi Brown was leaving her eponymous brand. My head reeled at that point.

2016 has been one hell of a ride and even in its sunset days, it’s still continuing to stun us with bizzare and surreal news. If there was ever an annus horribilis, this is it! 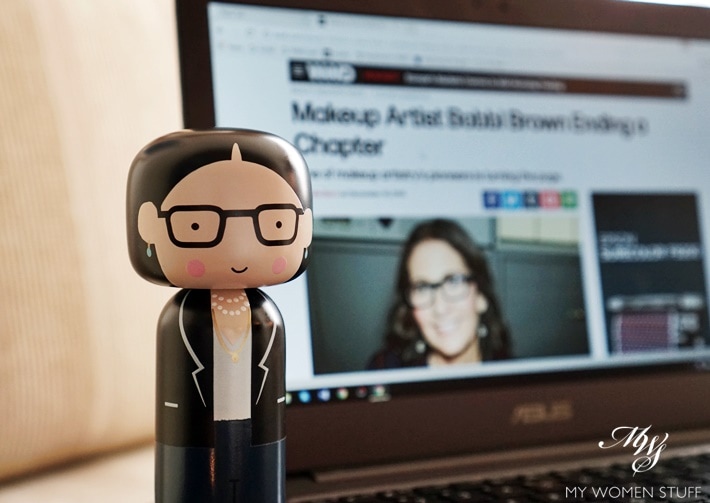 As was reported in WWD, makeup artist Bobbi Brown is leaving her cosmetics brand after 25 years. The brand celebrated its 25th anniversary this year in 2016, and there was a slew of products to mark the milestone. What none of us consumers were expecting of course, was for the lady herself to bid her brand goodbye.

I got to thinking then of how a brand like Bobbi Brown, who has always been fronted and led  by the creator herself, would fare once she leaves. That’s in just a few days for she steps away from her brand by the end of 2016!

Some time this year, I too participated in a big mini celebration (yes oxymoronic but descriptive) on Instagram, with the issuance of limited edition kokeshi dolls in her likeness, which were taken on a jaunt around the world. The kokeshi is what you see in the picture here. Ironically, it is this 25 years that has apparently made her decide to leave her brand.

I have mixed feelings. I’m sure she has other exciting projects on hand – she’s hinted as much, if you read the article. On the one hand however, I can’t help thinking of the brand Stila Cosmetics, after it was acquired by Estee Lauder and creator Jeanine Lobell left. The brand, so beloved by many for its pretty, wearable colours and cute packaging designs died a slow, painful death. Stila’s changed a few hands since, but if anything, I feel like Stila is now just waiting for the plug to be pulled. It is a pale shadow of its hey-days when Jeanine Lobell was there.

On the other hand, I’m also reminded of other eponymous brands like Jo Malone and Jimmy Choo, both of which still enjoy roaring success after their creators and name owners left the companies they founded and built. If anything, these brands are growing by the day.

Jo Malone went off and eventually created Jo Loves, a fragrance brand that isn’t easily available (but which I’m told by those who have tried it, is what Jo Malone used to be in its early days pre-acquisition) while Jimmy Choo set up a couture line of bespoke shoes.

I suppose therefore, the departure of Bobbi Brown herself, from the brand, may have a significant impact on the brand…. or it might not. Time will tell. It cannot be denied however, that she has always been the “face” of her brand, that hasn’t signed on many celebrities spokespersons. 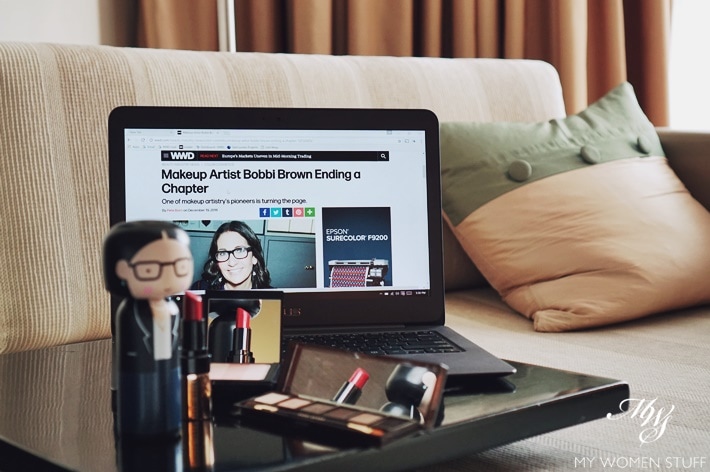 There is something about the gently smiling, black-clothed, bespectacled woman, in her neutral makeup, that is instantly recognisable and who I associate with the brand. So, it’s going to be interesting to see how this changes. Incidentally, a friend who isn’t into beauty, saw my kokeshi above, and said “Hey, that’s Bobbi Brown!” So, I guess that says it all! 😀

If the releases in recent years are anything to go by, I’d say that the quality of Bobbi Brown products have significantly improved as compared to previous years. I was exposed to the brand quite early on, but it didn’t appeal, because the foundations were too yellow, and the colours too muted and neutral. All that has changed in recent years, with a wider (very much wider!) range of base shades, and much more attractive colours. Whether this is due to Bobbi’s influence and creative elements, I honestly can’t say. But I will most definitely be keeping a close eye on the brand from 2017 onwards. This will be very interesting times! 😀

What was your reaction on hearing the news?

I read the news at 7.30am on Twitter, before I was even fully awake. That woke me up faster than any double shot of espresso! LOL 😀

PREVIOUS POST: The Libre de Chanel Holiday 2016 collection draws inspiration from the urban style but it is the colours that shine
NEXT POST: Hunting down the Holy Grail exfoliating toner that is the Biologique Recherche Lotion P50W