You know, I came into wearing makeup late and I had a horribly steep learning curve. Unblended eyeshadow, too much blush… oh yeah, those were the days! I also didn’t have as much access to makeup lessons because the one makeover I went for left me with orange foundation, purple eyeshadow, orange blush and deathly nude lips. I was so traumatized I refused to go for another makeover or lesson!

You know what? You don’t know how lucky you are these days! 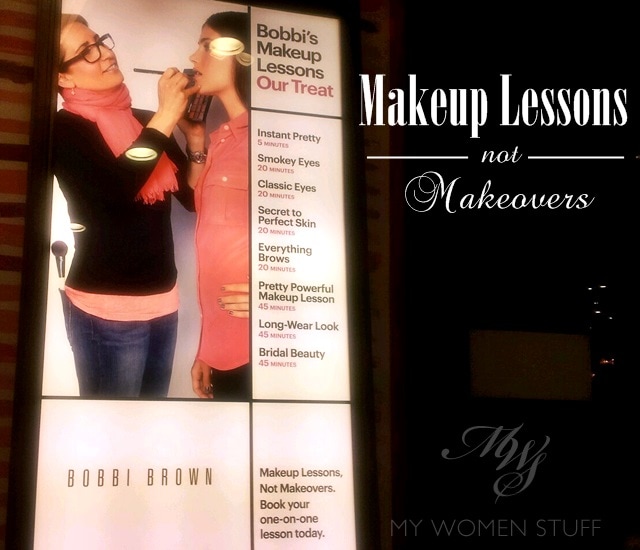 I just discovered this service from Bobbi Brown that I just had to share because for the most part, it’s free! That’s right. Gratis. Complimentary. No obligations!

I took the photo above at the Bobbi Brown store at Pavilion KL, but this is a service that is available at all Bobbi Brown stores worldwide. Yep, not just in Malaysia. Anything 20 minutes and below is complimentary. But if you want something longer like the Pretty Powerful Makeup Lesson, Long-Wear Look, Bridal Makeup and Party Makeup (all 45 mins) you do have to pay a fee which is fully redeemable against products so the service is still technically free. You do know that it was said that Kate Middleton … oops! I meant Catherine Duchess of Cambridge did her own makeup for her wedding right? And you do know that she used Bobbi Brown right? Right? 😉

I sat down for a session not long ago to see how useful it might be, and the tagline says it all. What Bobbi Brown offers you are makeup lessons, not makeovers. You will not just sit back and have a makeup artist work his or her magic on you. What they will do, is teach you.

So, perhaps you want to learn how to do a smokey eye look, but don’t know where to start. What they’ll do is guide you and show you the techniques and how it’ll look… on one eye. Then you do the other yourself! 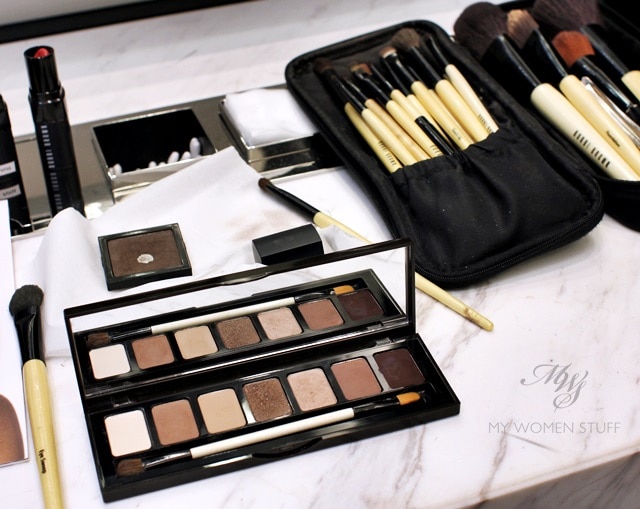 It can be daunting I’ll admit. Quite often, techniques we practice at home may not be quite what the makeup artist thinks you should be doing, but I suppose we can all learn something and then tweak it to our own satisfaction. The Smokey Eye lesson is complimentary and I’m told you can take it as many times as you like till you get it right, and ask all the questions you want. You’re there to learn after all. Don’t worry about walking away with one wonky eye (as I was afraid I did) because they’ll be sure to tidy things up for you before you leave.

I’m told you don’t need to make a reservation but I think it’s wise especially on weekends or if the store is busy. The store at Pavilion KL where I was, is nice, because there is a little boudoir which is semi-private and away from curious eyes if you’re feeling shy.

The service is complimentary so don’t feel obliged to buy anything if you don’t want to. Naturally, because the lessons are taught using Bobbi Brown products, you will be more likely to be able to replicate the results using the products too. In the process, I had the chance to try a new lip colour – Nectar – that I may never have tried at the best of times, and also a new matte Pink Coral blush. Already have my eye on the blush although I have the shimmer version. Sigh… yes, me and my neverending fascination with blushes 😀

Did you know about this service at Bobbi Brown? Have you been for one?

I didn’t know about it until recently but it’s very nice to know that it exists. Wish it existed back in the day when I was walking around with unblended green eyeshadow. Seriously. Sigh…

Bobbi Brown Makeup Lessons are available as a complimentary service. Longer lessons will require the purchase of a voucher priced between RM150-300 which is fully redeemable against products. Services are available at all Bobbi Brown stores.

PREVIOUS POST: Win! Celebrate October Giveaway #4 : Scrub, Nourish and Protect
NEXT POST: A Tale of Two Important and Exciting Events for the Blog and I Last Week