Any chemistry students in the house? 🙂 I did fairly well at chemistry in school but its been so long now that when confronted with models like this one, my eyes glaze over and I get a brain fart. Wha…? 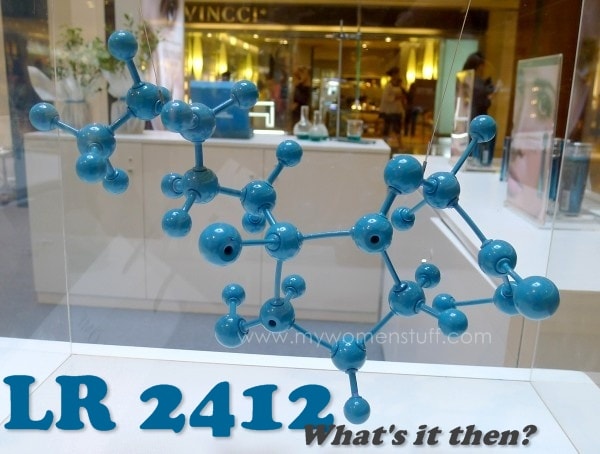 This ladies (and gents) is the LR 2412 molecule created and patented by Lancome. According to what I read over at Beaut.ie  its called LR2412 because it was the Two Thousand Four Hundred and Twelfth attempt at getting it to do what the scientists wanted it to do, which was to get it to penetrate down through the layers of skin to the deepest level – the dermis so it can start its repair work. Entering Biology territory here. Eyes glazing over yet?

I can just imagine the scientists sitting in the lab, in their new white lab coats, excitedly starting Test #1, then Test #2 and then Test #234. Then, looking decidedly rumpled by now in their chemical stained lab coats –  Test #2410, #2411 and finally, when Test #2412 delivered the result they were looking for, the whoops of joy in the lab. Now they could go home and have a shower.

Any wonder then, that this took 12 years of research? Tell me. I watch too much TV don’t I? 😛

The result of all this research brings us Lancome’s new skincare serum, Visionnaire Skin Corrector Serum. The serum that was, in the UK delivered to the Duchess of Cambridge Kate Middleton and her sister Pippa ahead of everyone else. A serum with a waiting list. The French have most certainly wasted no time building relations with the English Royal family (and sister), I see 😉

Snarky remarks aside, Visionnaire is the newest serum in the Lancome skincare stable. Launched internationally a few months ago, and locally just in September, 2011, Visionnaire is an Advanced Skin Corrector Serum which targets wrinkles, pores and uneven skintone. 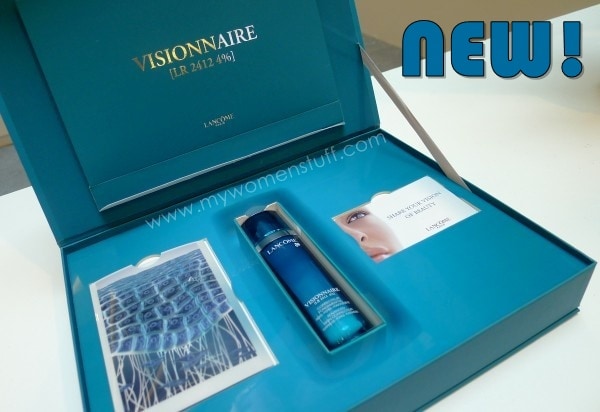 This is the serum that apparently caused 1 out of 2 women to reconsider a surgical procedure (chemical peel or laser) after using it for 4 weeks. This LR2412 molecule extracted from jasmonic acid from plants is apparently so potent and wonderful it is protected by 20 international patents.

What this lightweight serum does is hydrate the skin, exfoliate the skin so pores appear smaller, refines the skin so lines and wrinkles are reduced in appearance, and even out uneven skin tone. It is the latter result that gets the most favour from the women in Asia who are genetically predisposed to pigmentation problems apparently. We’re also less predisposed to wrinkles so I guess we just have to take the good with the bad 😉

I had the opportunity to test this new serum on the back of my hand and it does feel very light on the skin, and absorbs very quickly. Interestingly, it leaves behind no silicone feel on the skin. There is also a fresh scent that is quite pleasant. Strong but pleasant.

The clever ones among you are now going “Ooh! Wait, what about Genifique serum? Is this the same?” Well, I anticipated this and I asked this question. The answer I got was that Visionnaire is different from Genifique. Genifique’s technology boosts gene activity and is primarily a serum targeted at anti-aging concerns. The name is a “Youth Activating Serum” which tells you all really. I personally feel its a serum that benefits those at least 35 and up. Visionnaire however, is targeted at all women of all skintypes and of all ages who may have the concerns that this serum seeks to address.

I also made a comment that the Genifique serum broke me out (although my Mom’s skin looks really impressive now that she’s back on it) and I was told that there had been some complaints of that happening, but not with Visionnaire. The Marketing girl told me she too could not use Genifique for the same reason as I did – breakouts – but Visionnaire worked very well for her to even out skintone overall.

Does it make me want to try it? Yes it does. It sounds like a truly wonderful product. And yet, I’m worried about breakouts. Ah that neverending conundrum. Time to play the guinea pig then? 😉 That said though, I wonder how it’d fare since I’ve more or less gotten my uneven skin tone problem down to a manageable level. My pigmentation is there but I’m not expecting this to erase it so… lets see if I’m one of the 2 women who might reconsider a surgical procedure after using this 😛 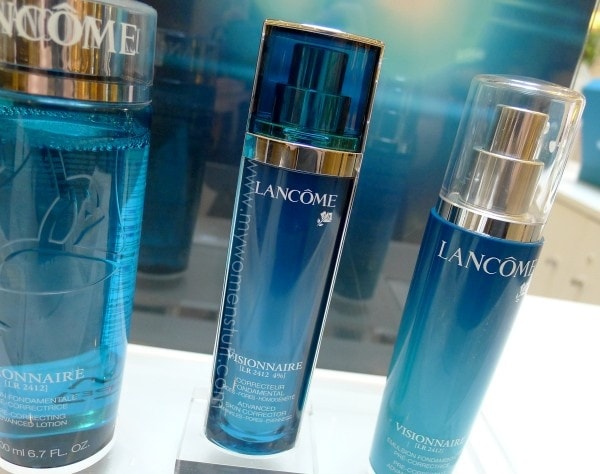 Did you manage to snag a sample of this new serum at the recent roadshow at MidValley Megamall? I know some of you might have and if you did, do you have any thoughts on it? Mine will take a while to come 🙂

Lancome Visionnaire Advanced Skin Corrector Serum retails at RM295/30ml at all Lancome counters. The Lotion and Emulsion and later a Cream will go on sale from October 2011 onwards.

PREVIOUS POST: It Took Me Just 2 Weeks To Lose A Tan! Not Sure If The Garnier Body LightExtra Lotion Helped
NEXT POST: Travel Tip: Double Your Luggage Space With Vacuum Bags