Home » Musings » Escape from Alcatraz with a hairpin and tweezers

Well I don’t know if anyone read my Tweets late last night but it turns out that at about 10.30pm I found myself locked inside my bedroom. The lock of my door had jammed for some reason and I was essentially stuck inside the room with no way out. If I could use lipgloss to open the door I would but I couldn’t – obviously 😛 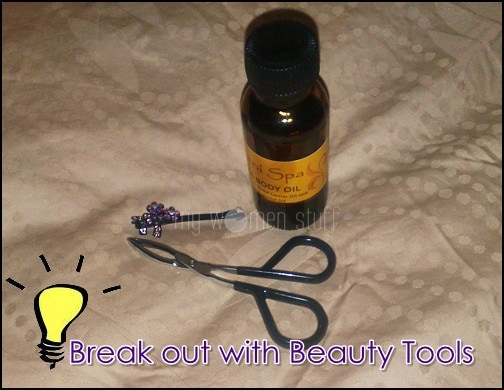 It took me about 2 hours to break the lock and to get out after midnight, with a little help from my bro who had to drive over from his place with screwdrivers. When I tell you that I live on a high floor of a condominium, and I had to have screwdrivers passed up to me from the condo unit downstairs, it all made for quite an adventure and a bit of McGuyver ingenuity.

But before I got my hands on a screwdriver which made things much easier and cut my work by about an hour, I was using various tools found in my bedroom in my attempt to dismantle the lock – I had a pair of tweezers for unscrewing screws, a hairpin for dismantling door knobs, a wire hanger to attempt to jiggle the lock loose and massage oil in a failed attempt to oil the stuck lock. 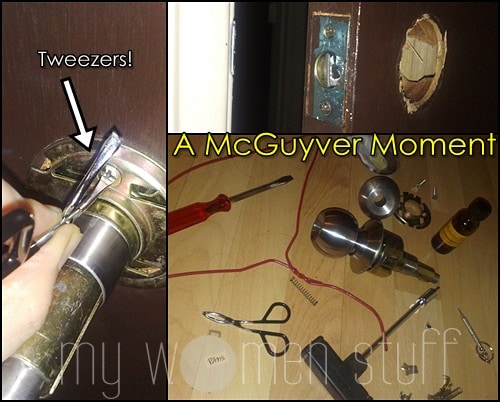 They didn’t work to free me, obviously, but they kept me amused until help arrived in the form of screwdrivers, elbow grease and turning the air blue with cusses 🙂

Perhaps if I had persisted, the tweezers might have worked but it was late and I wasn’t in the mood to try it.

Have you had a McGuyver moment involving beauty tools 🙂 I know the title of my post is a bit misleading but hey! Made ya look! 😉

PREVIOUS POST: Kinohimitsu Japan Detox Juice 6-Day Program Plum – Did it work?
NEXT POST: Do you need to use sunscreen at night?

If you didn’t notice, I did blog recently 😝 T

Ok I blogged - finally 😆Link in bio to read all