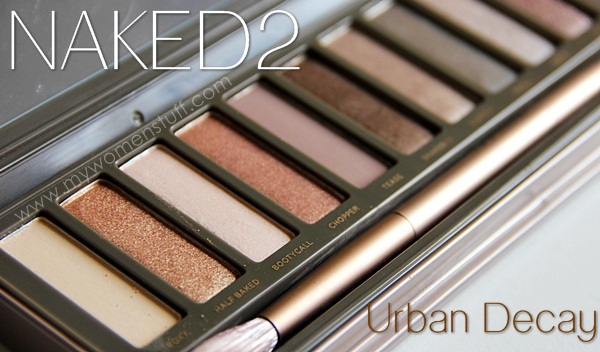 END_OF_DOCUMENT_TOKEN_TO_BE_REPLACED

I’m not one to advocate joining gangs – makes me want to don a baseball cap back to front and wear massive bling. But I have recently been invited to join one and like many gangs, its hard to say no especially when they are persistent 😉 They call themselves the Lipstick Bandits but the only thing this gang does is terrorize your wallet by making you WANT more and more lipsticks. Especially the red ones. The redder the better. I think I’ve found my niche 🙂

At the urging of Rae, I was happily co-opted into this lipstick loving gang. And like all not-so-secret societies, I needed to be initiated. Here is my initiation. 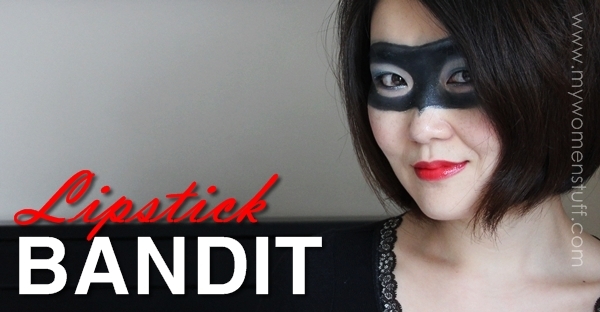 Me in a bandit-esque mask, rocking a red lipstick 🙂

A month ago, I’d have laughed and said “Pish! Me, do something creative with makeup? You gotta be kidding! I don’t have a creative bone in my body!” That’s what I told Rae the first time she asked. But then I celebrated a birthday recently and with age, as they say, you lose your wisdom 😛 Suddenly you think “There’s nothing I can’t do if I just put my mind to it!” And so when Rae sneakily (banditly?) asked again, I said yes. I did this, on the eve of turning a year older but looking back, not very much wiser 🙂

END_OF_DOCUMENT_TOKEN_TO_BE_REPLACED

I showed you some preliminary pictures of the upcoming (for us) Urban Decay 15th Anniversary eyeshadow palette over the weekend (see the close ups of the case, and size and fingerprinted glory here) Everyone’s baying for swatches and yes, we have them! Hurrah! 😛 I have a very quick sort of eye look but had no time to do anything dramatic because I’m going away, and I wanted you to know that this palette is very friendly despite the bright colours, and that yes, I predict many of you will be liking it very muchee!

Before I start with all that malarkey, I wanted to just correct myself in my previous post. I noted that the palette comes in a metal box sitting in a plush velveteen “gift” box. And I was correct. 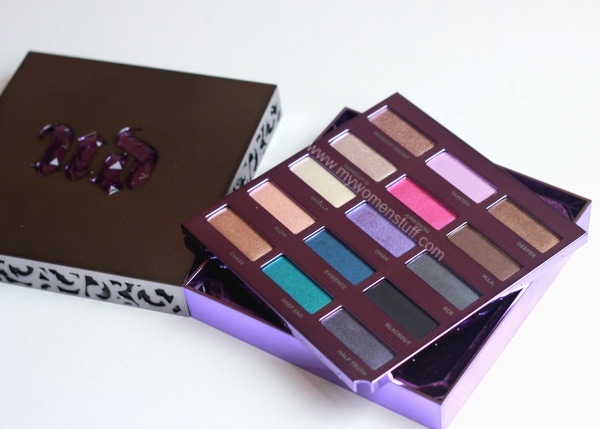 END_OF_DOCUMENT_TOKEN_TO_BE_REPLACED

This Saturday, I leave you with pictures of the new Urban Decay 15th Anniversary palette.

My first foray into Urban Decay was from Heathrow airport many years ago. Because the brand was so raved about online, I picked up a palette with something like 8 shades in a slim handy silver palette. It was quite small and could fit into your pocket. Heaven knows what it was called. I remember it cost £17 which was quite astronomical at the exchange rate then. Well, I hated it. It was glittery, there was fall out everywhere and the colour payoff was crap. I never looked at Urban Decay again, until the Naked palette came about.

I still don’t look at other Urban Decay palettes. For some reason, I find their quality different from that in the Naked palette. In the latter, the shadows tend to be softer and smoother. However, there is still a problem with fall out. 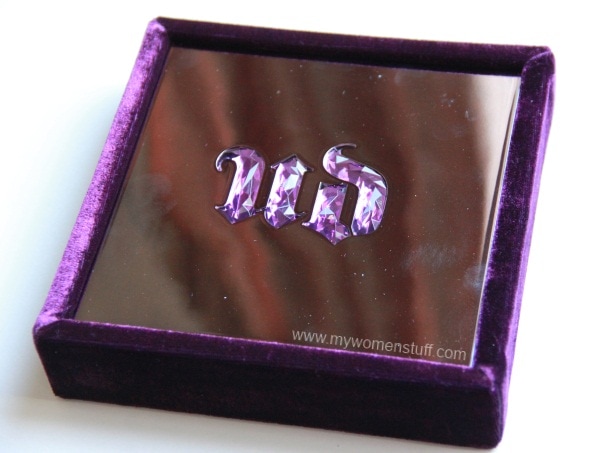 The super shiny surface is marred by my prints already!

So, why did I get the Urban Decay 15th Anniversary palette? <- yes that’s its wordy name. I have no idea 😛 I thought it was pretty, that it was a nice palette with a good mix of brights and neutrals and because something about the tackiness of the design attracted me LOL!

The palette comes nestled in a royal purple velveteen covered box. For some reason, when I saw all the photos online, I thought that the shadows sat within that velvet base and I was wondering how on earth it could be re-used as they say you can.