The Burberry Beauty Longwearing Velvet Foundation was released some time last year together with their Autumn/Winter 2012 collection. Burberry, having started out with a relatively small selection of products, doesn’t do many limited edition items. The only one I know of so far is their Summer Glow palette from 2012. Every other “new release” has been made permanent to build up their colour selection. 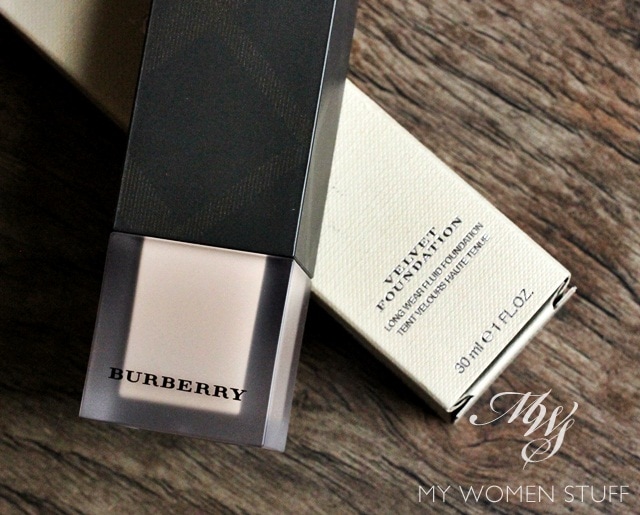 I had sampled the original Sheer Luminous Foundation back when they first launched but I was far from impressed. I found it too oily and too “luminous” for my skin and that’s saying a lot you know. I generally have drier skin (thanks, aging skin!) so you would think something like that would work on me. But it didn’t, slipping and sliding everywhere and I recall that it oxidised too.

However, the Velvet Foundation is supposed to be longwearing, adhere better to skin and give a radiant matte look. Burberry says that this one is targeted at those with oily-combination skintypes who need something that won’t slide off at the first sign of oil. Ah, but does it live up to its claims? This combination-dry skinned gal will tell you 😉