I know that some of you have been following, with some interest, my stand-off with Kiehl’s, locally and globally, over their Pure Vitality Cream. My review on this now discontinued cream, together with my updates as it happened, is available in its full, extended length glory in my original post on the Kiehl’s Pure Vitality Cream.

But I also know that it is very long, and can be confusing. So, after I received some of the final updates yesterday evening, I decided to summarize the issue, the explanation, and more importantly, what YOU as the consumer can and should do. So, if you found the previous post too long and confusing, this one’s for you – if you know of friends and family who might be affected, please appraise them. 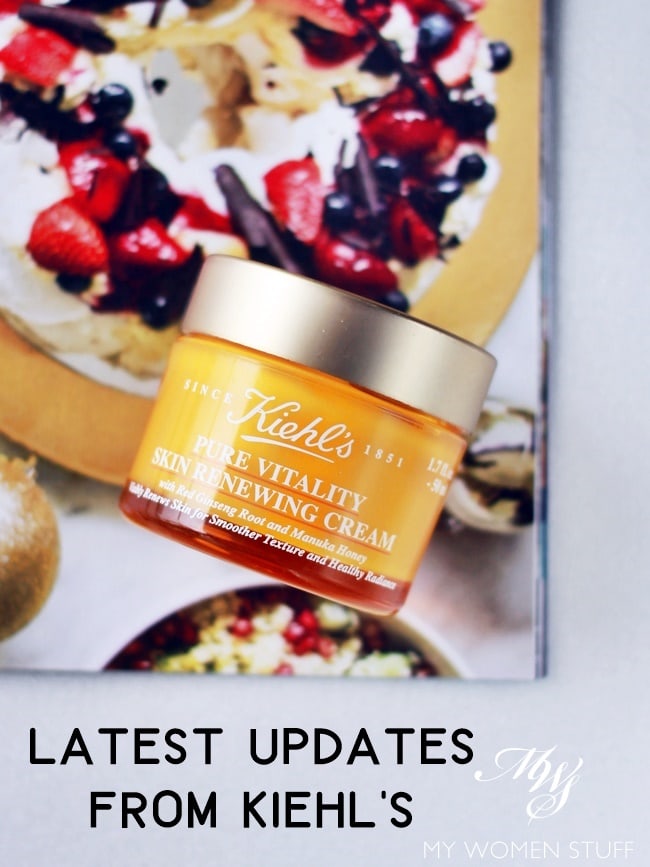 Here’s what happened in a nutshell.

I discovered in early June 2017, when I wrote my review on the 6 month old Kiehl’s Pure Vitality cream, that the product is no longer sold anywhere, globally, and no longer listed as a product SKU on any Kiehl’s websites. I reached out for comment to Kiehl’s Malaysia PR but received no response, so I took to Twitter where I contacted @kiehls, their New York offices.

I was informed via Twitter DM (privately) that there was a quality issue likely due to minor raw material variations, which caused some consumers to experience skin discomforts, where their skin felt irritated immediately upon using the product, but signs disappeared immediately after stopping. For this reason, Kiehl’s decided to suspend the distribution and sale of the product until it is resolved, as they are investigating the problem. In the meantime, I was recommended to stop using the cream. (Update to note: Someone else has been given contradictory information, in that they can continue use if they are happy with it. How odd. See original post (updated 13 June 2017))

All further communication ceased thereafter. After 3 days, and a lot of prompting and prodding by some beauty editors and social media influencers in Indonesia, Kiehl’s Indonesia gave a statement along the same lines as that given by the global office, and offered consumers an exchange or refund of their cream. That was the first positive breakthrough we had.

Yesterday, after about 4 days, the Communications Director of L’Oreal Malaysia, Jean Loh, on behalf of Kiehl’s Malaysia finally spoke to me, to similarly confirm what their global offices had told me, and more importantly, to confirm that consumers who have purchased the Kiehl’s Pure Vitality Cream in Malaysia, may take it back to any Kiehl’s store for a FULL REFUND in line with their customer satisfaction guarantee. I was informed that no receipts was required for this particular cream, due to it already being out in the market since January 2017, as long as you have an account with the store, and in this instance, the usual 30 day satisfaction guarantee is waived. If you have concerns, you may contact the Consumer Advisory Department for clarification at  Tel: 1-300-22-2232. For clarification, if you are unable to produce a receipt and have no account with the store e.g. if the product was a gift, you may exchange your cream with another product.

In view of the recommendation by Kiehl’s directly to me, to stop using the product, given as an abundance of caution, I highly recommend that you take up the offer from Kiehl’s Malaysia, and return your Pure Vitality Cream to them, for a refund, whether or not you experienced any negative reactions.

This is the situation, and solution in a nutshell, and if you know of anyone who may be affected by this, or even if they love the product, or if you think they may be using the product, to please share this update with them. I don’t forsee a stampede at the Kiehl’s stores to return the product, but consumers have a right to know that this is an option open to them, in view of the recommendation received.

I have a little commentary and some observations following on from this incident, that I’d like to talk about after the jump, so if your concern is only to find out the gist of the story and the solution, you’ve got it 🙂

END_OF_DOCUMENT_TOKEN_TO_BE_REPLACED

Kiehl’s Malaysia responds. Summary and personal observations are in this post. Additional update at end of this post. Final update as at 20 June 2017 – go here

UPDATE: I realised, while writing this post in June 2017, that the Kiehl’s Pure Vitality cream was impossible to source online. This was interesting, as I noticed that it had launched with a huge bang early in 2017 (January 2017) where members of the media were taken on a press trip to New Zealand, due to the manuka honey contained in the product. The local launch, I later saw, was just as impressive (I was not invited and did not know about this cream till it was available). It has been less than 6 months since the product was heralded as a brand new approach to skin health, and it has since been very quietly pulled, with very little attention drawn to it. I got curious and decided to do some research. I elaborate on it further at the end with some official statements from the brand. My review stands, based on my experience with it. But I recommend you read all the way to the end.

UPDATE 2019: As at July 2019, Kiehl’s has brought back the Pure Vitality Skin Renewing Cream. I have not tested the new version but I don’t think it’s very different, based on the description. My opinion on it remains as below.

I hadn’t paid a lot of attention to Kiehl’s skincare for a while. For a time, it seemed like nothing very interesting was happening. Then, I noticed that there was a new yellow tub of cream in town, that contained Manuka Honey, and I was all abuzz with excitement.

I love manuka honey in my skincare! Primarily because they work well for my skin, and usually smell delicious. I love the sourish-sweet smell of manuka honey too!

I happened to fortunately be gifted with a tub of Kiehl’s Pure Vitality Skin Renewing Cream very early in the year, and I promptly put it into circulation. I was playing around with manuka honey cream at this time, and I wanted to see how a more conventional brand would fare.

END_OF_DOCUMENT_TOKEN_TO_BE_REPLACED

Some day I’m going to have to tell you about why 2 of my favourite skincare items are serums and masks. But today is not the day. Today, I’d like to tell you instead, about 2 new face masks to join the Kiehl’s Mask Wardrobe, as I like to call it.

Before this, we had the Rare Earth Deep Pore Cleansing Masque which I rather enjoyed using, because it was fairly affordable, came in a large tub and wasn’t too drying. Despite having dry skin, it’s nice to occasionally slap on a clay mask and get the gunk out of there you know. Apparently, there was later a Ultra Facial Overnight Hydrating Masque, which flew under my radar so I never knew about it until now. 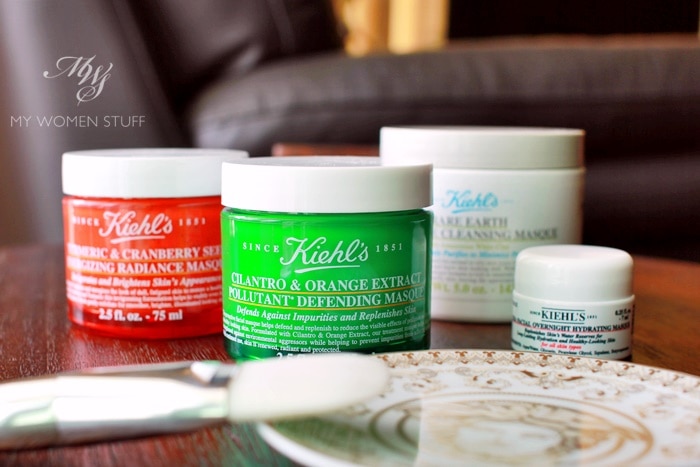 But the 2 new additions to the Kiehl’s Mask Wardrobe are 2 very interesting ones that I’m particularly enjoying using. Oh yes, I am!

The one I was first most intrigued by is the Turmeric & Cranberry Seed Energizing Radiance Masque in the orange tub. The reason I was, is because of the use of turmeric, a spice and ingredient often used in South Asian cooking. Traditionally, it’s also been used in skin and body masks and scrubs to purify skin. If you go for an Asian spa, you might see it used (a yellow powder) and I went for a spa once that left my skin stained yellow for a week. Naturally, I was a little concerned when I saw that this mask was just as yellow 😛 So do you end up with a yellow-stained face?

END_OF_DOCUMENT_TOKEN_TO_BE_REPLACED

Gosh! It feels good to finally be back online. Had some internet woes the past few days and well, you know how that is. It’s incredibly frustrating! Often, we just don’t realise how reliant we are on being connected to that great wide web. While nice to detox, it’s frustrating when you need to get work done.

But whining aside, let me show you something cheery instead. 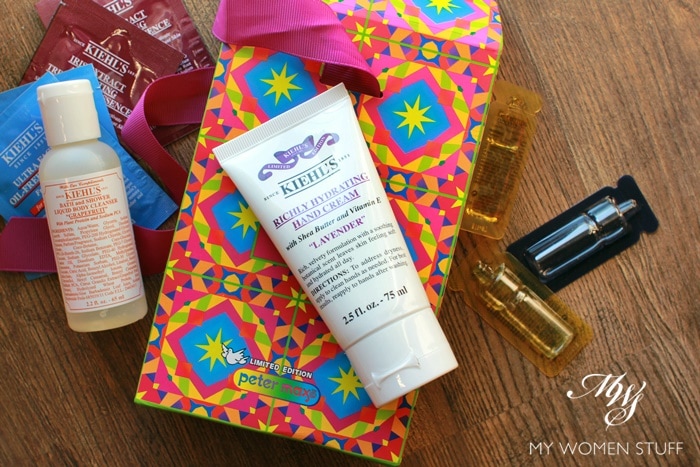 When I was down in Singapore a few weeks ago, I met up with Mag of makeupstash.com, a beauty blogger I’d known since our early blogging days. We finally had the chance to meet up after all these years and I have to say that it was one of the most incredible meet-ups I’ve ever had! We were jawing on like old friends (which we technically are) and spent a mind-boggling 7 hours just chatting and doing a bit of makeup shopping – as you do! 😉 I had loads of fun!

One of our pit-stops was Kiehl’s because the cheery Christmas decorations drew us in, and I wanted to snag a sample of their new face oil. In the process, I ended up with one of the limited edition Christmas items – the Kiehl’s Richly Hydrating Hand Cream in Lavender. There are 3 scents – Lavender, Grapefruit and Coriander. I know… Coriander?! Bleh… 😛 I don’t even eat it, much less want to smell like a herb salad 😛

END_OF_DOCUMENT_TOKEN_TO_BE_REPLACED 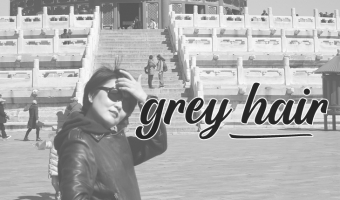 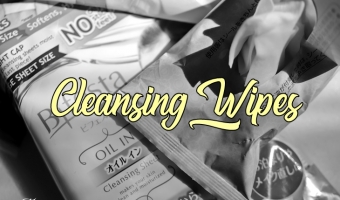 REDISCOVERY on the blog www.mywomenstuff.com or bi

A TINT OF COLOUR on the blog www.mywomenstuff.com

TEXTURE on the blog www.mywomenstuff.com or bit.ly