I think my love for cleansing oils (and my wide and varied experimentation with brands) is no longer in doubt yes? 😉 Here’s another I’ve been using for a while, and which (to my surprise) I am considering a repurchase! *gasp* 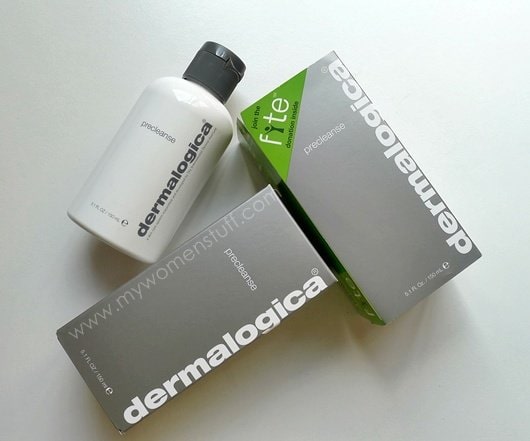 I have never really used anything from Dermalogica skincare so the PreCleanse is my first. I had no expectations of it at all but let’s cut to the chase. I love this one! 😀

END_OF_DOCUMENT_TOKEN_TO_BE_REPLACED

When I asked for your opinions on whether one should use cleansing oils even if you don’t use makeup, I had a few readers (Shay, Kay Es etc) ask for my thoughts on the cleansing oils I’ve used. Eeks! Do you know how long I’ve been at it and how many I’ve been through? haha… 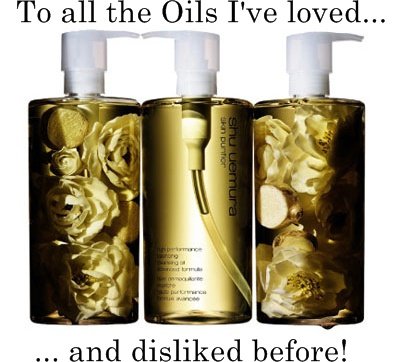 So, from memory, here is a quick run down of the cleansing oils I’ve used. Its long, so make sure you have food and water on hand so you don’t expire 😛

END_OF_DOCUMENT_TOKEN_TO_BE_REPLACED

I am such a sucker for cleansing oils. I have a bazillion-million lying around from various brands and I always am tempted by another. Its a sickness I tell you. I hope I’m not alone in this one 😛

Anyway, one day, while I was at an Aesop counter browsing, I was offered a mini-facial to try some of their products. I’m not too familiar with Aesop, so I said yes. This was at the Aesop counter at 1 Utama and if they aren’t too busy, you can try asking to see if they’d do the same for you 🙂 So anyway, one of the items they used on me was the Aesop Parsley Seed Facial Cleansing Oil. 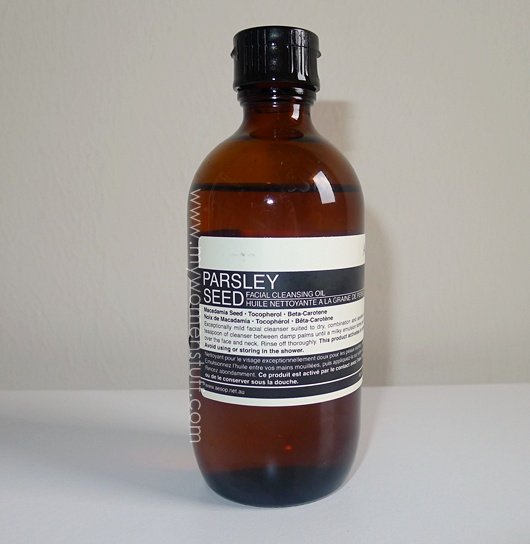 Cleansing Oil! Ding! Ding! I had to have it 😛 So the next time I saw Aesop having a promo (this was last year at Bangsar Village 2) I picked up a bottle. Its a RM185 bottle of cleansing oil and my wallet cried out in protest at this. Its likely to be the most expensive cleansing oil I’ve purchased to date!

So I took it home, skipping with joy (but carefully because its a heavy glass bottle) and got into the shower to use the cleansing oil as I always do – on dry face with dry hands, as a makeup remover.

END_OF_DOCUMENT_TOKEN_TO_BE_REPLACED

To remove makeup at the end of a long day, my makeup remover of choice is the cleansing oil. Ever since I was introduced to it, I have never looked back as it leaves my skin feeling clean and soft every time.