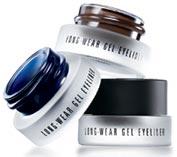 I got my latest Isetan flyer for yet another sale starting this week. Nothing interested me very much except this value buy set by Bobbi Brown. What you get (from the picture) is 2 long-wearing gel eyeliners, 1 eyeliner brush and 1 tube of what looks to be mascara. The price is RM160, which is a pretty good deal as 1 tub of eyeliner gel is already RM60 if I recall correctly. I love Bobbi Brown long wearing gel eyeliner – Its the best I’ve ever used and I’ll post my review of it soon.

If I didn’t already have 3 tubs of this stuff, I’d run out and get this value set. Then again, who needs an excuse to get more shopping done eh?

KittyCat previously asked me my views on EPO or Evening Primrose Oil.

Well, I am a firm advocate of taking evening primrose oil to relieve period pains. I found that by taking one a day, I would not suffer as badly each month, and if I did, then I’d pop 4 at a go, and the pain/cramps would go away.

I was not aware of its beauty benefits until later. Evening Primrose Oil has Omega 6, which is good for the skin and hair. Taking it regularly will help improve your skin texture and also slow down the aging process. Isn’t that what every woman wants? I cannot say for certain that taking Evening Primrose Oil has helped my skin, as I have been taking it for a while now, and am also taking other supplements besides.

There are many brands available in the market, but I take the one by Kordel’s in 1000mg doses. I take only 1 a day. Someone told me not to take too many as it can also lead to a higher cholestorol level. I’m not quite sure how true that is but I’m not going to risk it! Beauty cannot come at the expense of health!

The moral of the story is not to go overboard – one a day of EPO may help relieve period pains and give you better skin but if too much of it will give you high cholestorol then remember that everything in moderation works better than overdoing something good which then makes it bad.

Disclaimer: This is based on my own personal experience. I’m not a nutritionist nor doctor. If in doubt consult your doctor before embarking on any supplements 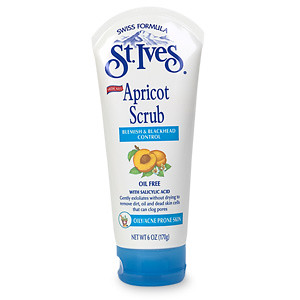 This St. Ives Medicated Apricot Scrub is my scrub of choice. Its similar to the St. Ives Apricot Scrub that comes in the orange tube, except this one is medicated with 2% salycilic acid. What that does is help with treating problem skin, as it has mine. I use it about 2 times a week as part of my skincare regime, and I think it’s help keep my spots at bay.

This scrub comes in a large tube, and I don’t find the granules over large or harsh. You squeeze out a bit, maybe around 2cm and lather with water then scrub your face with it. Make sure not to scrub too hard for that’s bad for your skin.

This scrub has a slight minty smell, and leaves my skin smooth and slightly tingly. I like it. It makes me feel like my skin is really clear and clean. :)

The price is great too. It retails for about RM17 and often goes on discount at Guardian and Watsons. I’d say its worth getting. I’m probably on my 5th tube and still loving it!

Update: It would appear that St. Ives no longer makes this version or even if they do, they no longer call it a “Medicated” Apricot Scrub. I found that the texture seems to have changed and that the granules in the scrub now seem larger and feel more harsh on my skin. I no longer use this for this reason. However, my review stands because it helped me a lot when I was battling acne and it is my first introduction to the wonders of salicylic acid for combating acne and spots on my skin. These days, I just use a different salicylic based cleanser, like the Vichy Normaderm one which is excellent too!