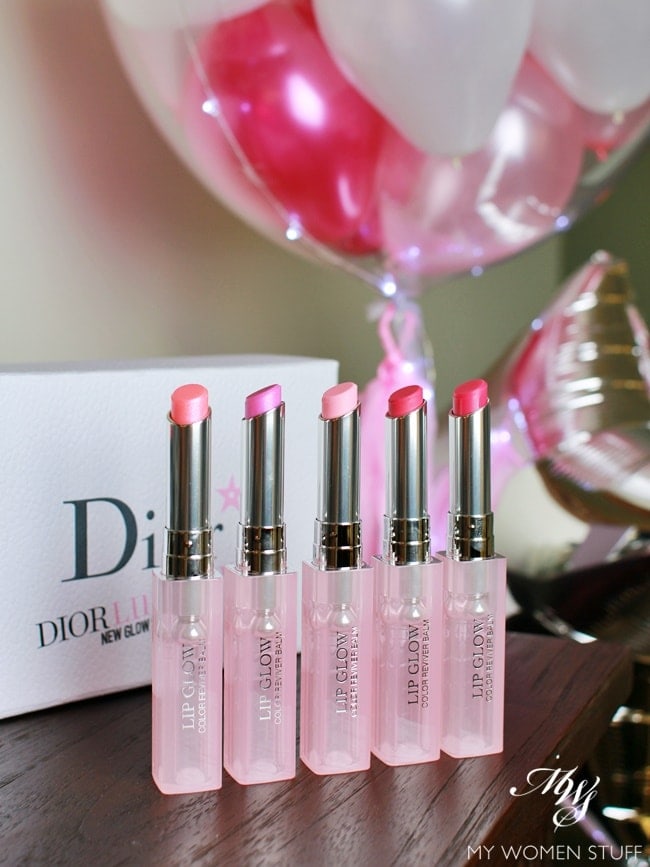 END_OF_DOCUMENT_TOKEN_TO_BE_REPLACED

Last week, I showed you some pieces from the Chanel Collection Libre Holiday 2017 collection. I told you then, that while some of the items there were noteworthy, the true stars of the collection were the lipsticks. They were so noteworthy, I felt they deserved their very own post! 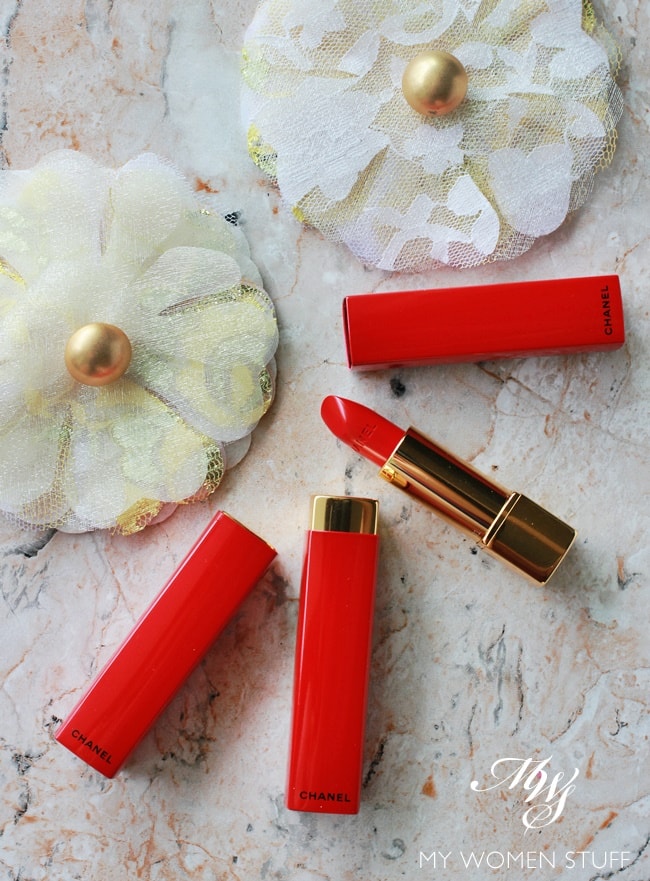 The full name of the Chanel Holiday 2017 collection is Collection Libre Numéros Rouges. The stars, that are thrust to the forefront and centre, are a selection of Chanel’s popular Rouge Allure lipsticks, in a festive, limited edition red lacquered case. They usually come in black, as you will see here, but the red is beautiful! Rouge Allure lipsticks are the ones that you have to depress, and the tube will pop up for you to pull out, as I’ve demonstrated above. It is a very sleek packaging, as there are no protruding bits at all.

This Christmas, Chanel aims to help you find your perfect red lip, by presenting you with 4 shades in 2 textures, from which to pick. I however, unfortunately only have 3 to show you. But I did stop by the Chanel boutique, before I received these, and had a little play, so I’ll share some swatches of all 4 below. In many ways, this focus on red for the lips reminds me of Lucia Pica’s first Chanel collection, Le Rouge. I’m guessing red is her favourite colour to work with then 😀

END_OF_DOCUMENT_TOKEN_TO_BE_REPLACED

Hello peeps! I’m back with my nose to the blogging grindstone, and as happens as this time of year, we are going to be inundated with Christmas selections! So, whether you like it or not, you’re going to read about them, so better now than never eh?

I swear Christmas releases are launched earlier and earlier every year. Soon, we’ll literally see Christmas in July! (I’m old-fashioned. Most people call the year-end collections the “Holidays collections” but I call them the Christmas collections) I’ll kick off with Dior – because I must confess, I am quite enamoured with this year’s collection! 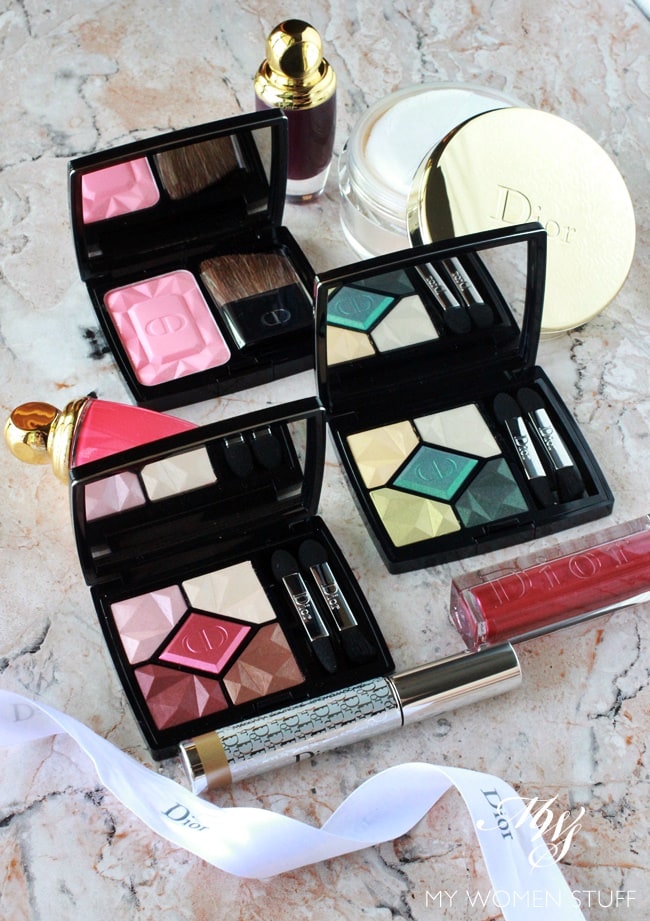 I have been quite critical of Dior collections of late, and if I’m to be honest, Dior was starting to get predictable. We expect a gold eyeshadow palette, and we expect to be inundated with sparkly golden offerings and red accents. It’s what Dior has been doing every year for many years. but this year, I have to say, that the Dior Precious Rocks Christmas 2017 collection really perked me up.

I have a small selection from the collection to show you, and I’ll break them down briefly for you below. There is one (maybe two) item in the collection that I am very taken with, that I think is absolutely worth checking out. I’ll tell you which it is (although you can hazard a guess and tell me later if you guessed right! 😉 )

END_OF_DOCUMENT_TOKEN_TO_BE_REPLACED

Crayon-style lipsticks have been around for a while, and you and I know that. But it doesn’t stop me from craning my neck at the next new one to hit the counters, because I happen to quite enjoy using these sort of lip products. I’m less enamoured with the ones I have to sharpen than I am with retractable crayon versions.

I read about the Chanel Le Rouge Crayon de Couleur lipsticks months before they became available here in Malaysia. When I first enquired, I was told that strangely, we were only getting ours later in the year as opposed to other countries who got theirs earlier. So there are many many posts out about it now, if you want to read a different viewpoint! 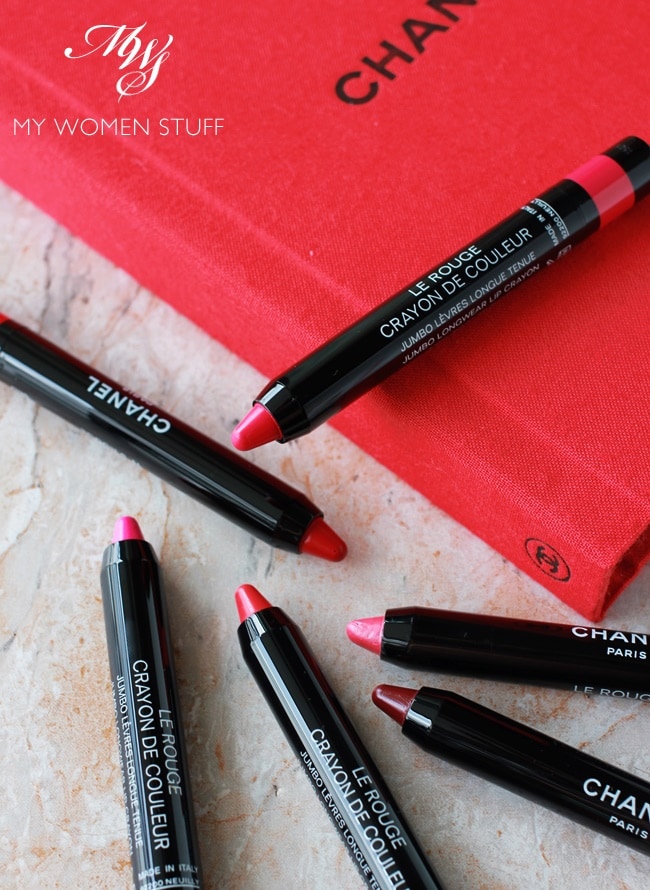 Now, you can say that Chanel is a little late to the party. Crayon lipsticks have been done over and over ad nauseum from department store brands to pharmacy/drugstore brands. But release one they did, anyway! I like that – it’s like Chanel just said, “Hey, we know this is something that’s done to death, but let’s just do it anyway!”

To be fair to them, they did do a pretty good job of the Le Rouge Crayon de Couleur lipsticks. But there were one or two things I felt might have made these excellent as opposed to just good 🙂