It’s a public holiday here, so here’s a bite-sized beauty hors d’oeuvres for you to snack on! I received a little while ago, the new Guerlain Mon Guerlain Florale perfume. Perfumes are so hard to talk about in depth, for someone who isn’t that clever with her nose, so a bite-sized post fits the bill perfectly! 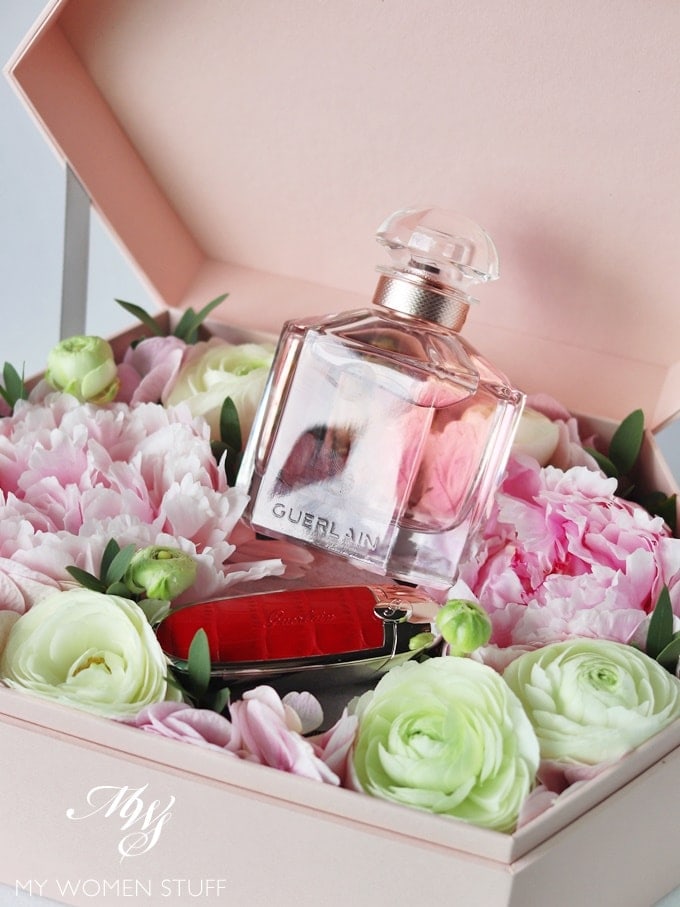 Guerlain launched their Angelia Jolie inspired and fronted Mon Guerlain perfume last year, but I haven’t smelled it. Mon Guerlain Florale is the lighter, more floral version of the original. What I’d say is this – if you like floral perfumes, then you may enjoy this one. I personally do not, so this isn’t one I’d pick for myself.

END_OF_DOCUMENT_TOKEN_TO_BE_REPLACED

I am a very big proponent of wearing sunscreen (SPF50 at minimum, don’t try anything less) everyday, rain or shine, indoors or outdoors. I always pick sunscreen as my must-have skincare product because you cannot have too much sunscreen, and it has been proven to slow down skin aging caused by UV rays. By now, I think most people are aware of the benefits of wearing sunscreen (whether they choose to is another matter). 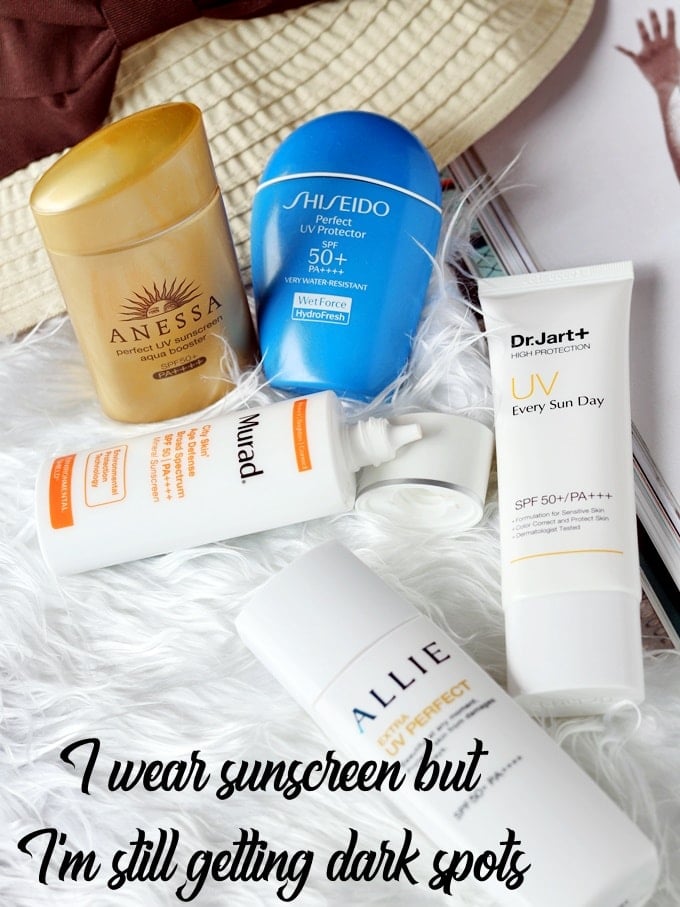 Then I learnt the sad truth – Even regular use of sunscreen may not stop you from getting dark spots. Bummer! 🙁

END_OF_DOCUMENT_TOKEN_TO_BE_REPLACED

Sometimes, I come across an interesting makeup product that has me very intrigued by it for days on end. Usually, when it involves something as easy to use as a lip colour, I am even more fascinated. After all, lip colour is one of the easiest makeup to apply. Very few people will have trouble slicking on a lipstick, right?

When I came across these very interesting lip colour toppers from Chanel, I was very intrigued. 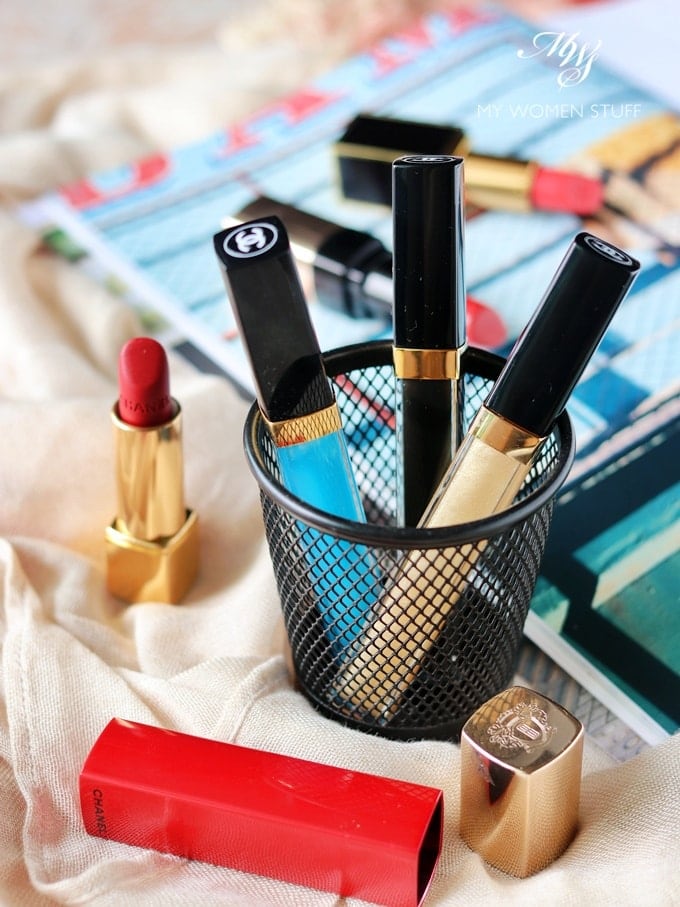 They are all permanent items, so you can check them out at the counter or store at your leisure. I like when brands keep things permanent. It is less stressful for everyone concerned (and our wallets!) LOL 😀

These are all iterations of the Chanel Rouge Coco Gloss, a new formula of the iconic Chanel lip glosses that was introduced some time last year. I think 😛 The new formula is now far less sticky, more jelly like, and have no scent. They are very comfortable to wear and come in many shades.

But I wanted to show you some interesting pieces that will remind you that makeup can be fun and almost magical! 😀

END_OF_DOCUMENT_TOKEN_TO_BE_REPLACED

In Malaysia, we have just done something that few other countries have done – we will be abolishing GST (Goods and Services Tax). GST was introduced here back in April 2015. In 3 short (but long) years, it had contributed to a rather shocking rate of price increases of goods locally. Granted, not all of it is due to the GST – many other factors were at play. But GST was an easy and visible target.

With the new Government in place, GST has since been rated to 0% and it is expected to be abolished when Parliament sits in July. 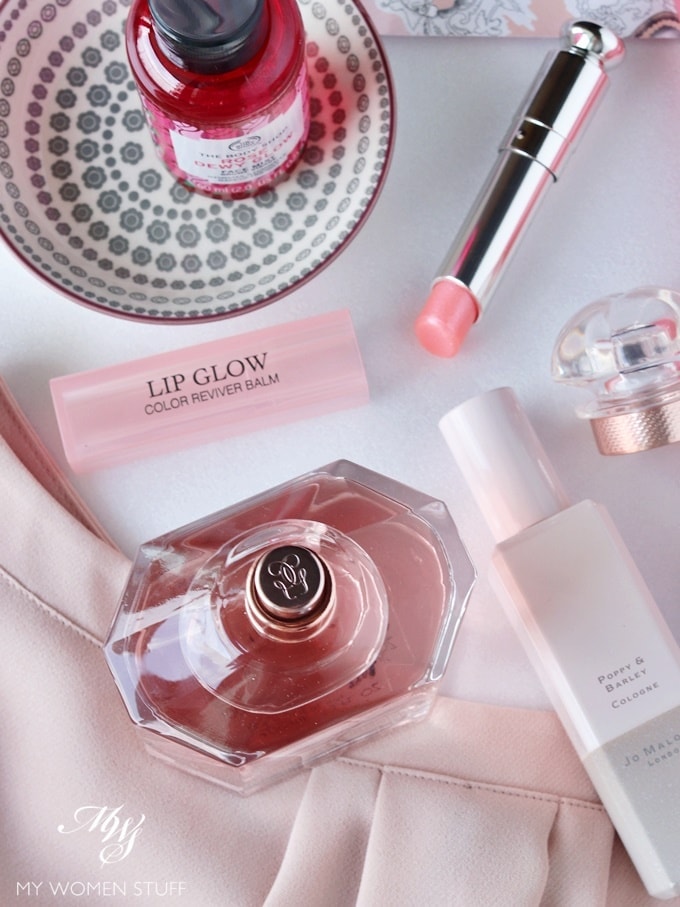 Leaving aside my personal views on GST, I noticed quite quickly that for the most part, prices of goods were reduced by a factor of 1.06. In some cases, these reductions were quite significant. I was browsing on Ikea online, and immediately thanked my lucky stars for not dropping by earlier LOL!

I was also at The Body Shop within a few days of the announcement that GST was being removed, and I noticed that prices of products had been adjusted. So yes, they are lower than before. I also spotted similar price adjustments at various stores like Bobbi Brown. In fact, I just received an email from Sephora urging me to take advantage of the lower prices – tempting!

But I was also wondering if the reduction in prices at present might push you into shopping more than you did before? I asked this on Twitter, and the answers surprised me.