Home » Interesting Discussions » Stumbled on the new Bobbi Brown Beauty From The Inside Out book – her new venture!

I’d been curious about what Bobbi Brown has been up to since she left her eponymous brand last year. The news was that she was taking a break and working on something new.

Well, I’ve just come across news of what her new project is – a new book and approach to beauty in Beauty From the Inside Out. 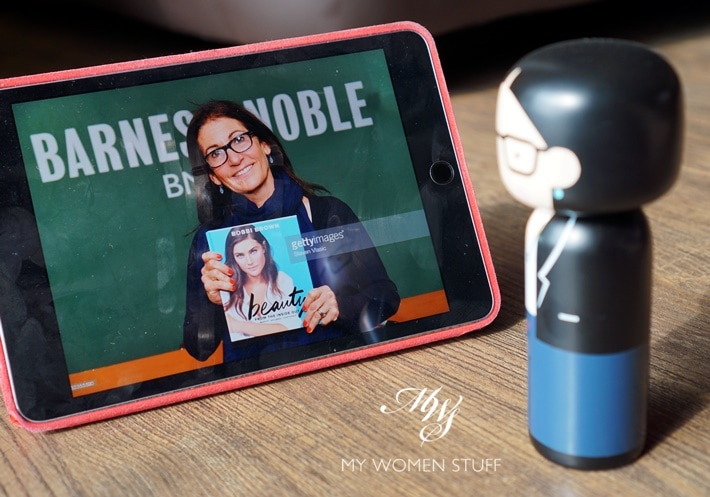 I believe it’s just launched last month, and no, I don’t have it but unlike most beauty books, this is something I think I might want to buy and have a read, because she speaks about beauty coming from the inside – what you eat, your lifestyle choices, health etc and that’s something I can get behind 🙂

I’ve inserted below a couple of videos I came across about this book, that I found interesting, that you might too 🙂

This video was the first one I came across, where Bobbi talks about herbs you can eat for healthier skin.

What I found interesting, is that some of these herbs or roots might not be alien to us here in Asia, and we might already be ingesting it, whether knowingly or unknowingly. Turmeric, for instance a.k.a. ‘kunyit’ here in Malaysia, is widely used in Asian cooking especially chillies, sambals and curries. If it looks yellow, there’s a high chance you’ve got turmeric in there.

Personally, I’m leery about putting it on your skin, although many DIY home masks say you can, because turmeric can stain your skin something awful.

Burdock root, another example shown in the video, is also commonly used in Asian cooking. I know the Japanese eat it, braised. Chinese also use it to boil soups and I’d always been told to drink my herbal soups because “they’re good for your skin” I guess there’s truth in that isn’t there? 😀

Here’s the other video (and there are a few others if you look around online) and an article from The Observer.

Apparently, the Bobbi Brown Beauty From The Inside Out book has minimal makeup advice in there, with a focus instead of wellbeing, lifestyle, food and health.

I can see why that will be so. She has a host of other books about makeup and how to wear makeup. She grew a makeup empire for 25 years, that she sort of abruptly left last year. I can see why she might want to distance herself from Bobbi Brown – Makeup Expert, and transition herself into Bobbi Brown – Beauty Expert. There’s a subtle difference there.

As much as I don’t buy or read books about beauty, I’m intrigued enough to want to own this one and if I do get it, and feel moved enough, I might even talk about it some time 😀

Are you intrigued by this new Bobbi Brown book?

From what I’ve been given to understand by those who have met her, this book would be nothing new. She has always been practising a healthy lifestyle, and eating healthy foods. Meetings with her involve bowls of kale salad, I’m told LOL! I guess she’s just now sharing these lifestyle tips with the rest of us 🙂

PREVIOUS POST: There is much about the limited edition Jo Malone Star Magnolia fragrance that will leave you starry-eyed
NEXT POST: If you have a specific skin issue that needs targeting then Bobbi Brown has the Remedies