Home » Cheap and Good? » I paid RM10 for the Pixy Two Way Cake Compact Foundation to see why it’s a cult favourite!

I’ve been often accused of featuring (and liking) products on MWS that are out of the reach of many people, because they are expensive stuff. Unfortunately, I do love my luxury and I’m so much older than the average blogger, that I’ve earned my stripes (and money LOL!), so I’m really not very sorry.

But today, I’m going to show you something that slips in at just under RM10 (approx US$2.50) so if this doesn’t, as they say, calm your tits, I don’t know what will. 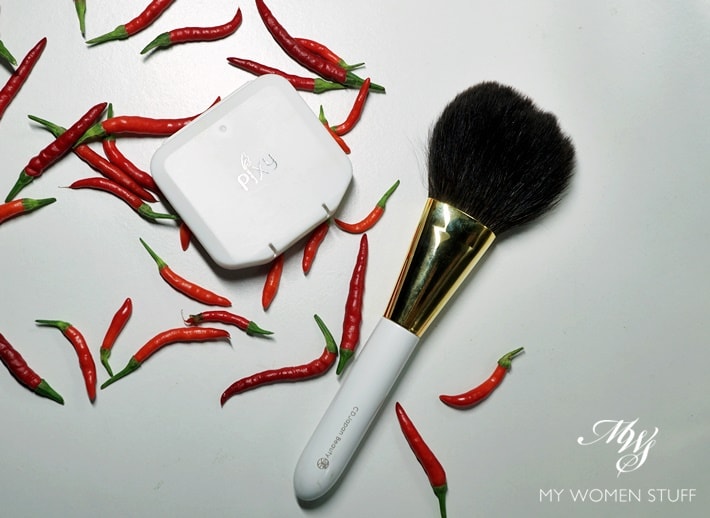 The product in question is the Pixy Two Way Cake Compact Foundation. There are a few different types available, but I purchased the Pixy UV Whitening Two Way Cake Perfect Fit compact powder foundation. This is the refill, which comes in a hard plastic compact, so I found no need to buy the case.

Those of you who are familiar with my usual go-to brands for foundations may now be giving me the side-eye, and scratching your head in confusion. PB using a RM10 foundation? Something must be wrong with her!

The reason I decided to experiment, was because a friend who is a flight attendant mentioned that this product was a product she used, and that was an open secret among her fellow flight attendants, for helping their makeup sit and stay put for long hours. Now, if there’s someone you should be taking advice from for longlasting makeup, it’s flight attendants, especially those who do long-haul flights. I’ve always been amazed at how perfect their makeup looks despite the long hours and dry cabin air. Me? I look like a bus ran me over, and I was just sitting down! Naturally, after I was told of this open secret, I had to see what the fuss was about.

Off I traipsed then to one of the local pharmacies one day. I picked this one up from Guardian pharmacy, but you can find the brand Pixy in most pharmacies – even small little ones. They only have a little shelf space, hidden in one of the aisles, so it took me a while to find them. The price differs based on the type of powder, but I don’t think it exceeds RM27 for a case and refill. It’s just very affordable makeup that in a normal situation, I’d walk past without a second look.

However, they go on sale often, and as I’ve mentioned, I picked up just the refill, without a case. On sale, it was something like RM9.80 so it’s not something you need to think very hard about. 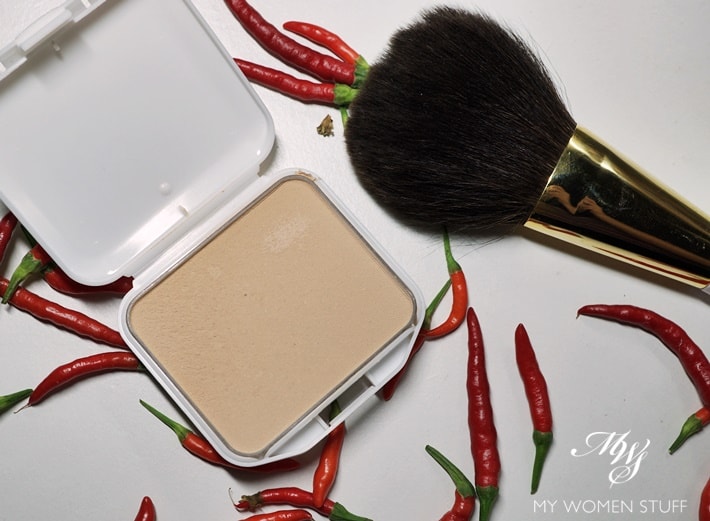 The hard plastic clamshell case is quite sturdy, and it’s compact and portable, so it slips nicely into travel makeup pouches. I got the Pixy UV Whitening Two Way Cake because it was the only one going for about RM10, and that was the price I was told to look out for. The shade I got was Natural White, which is the lightest available. It’s quite a neutral shade without strong undertones either way.

The first thing I noticed is the scent. Not pleasant, but doesn’t stick to the skin. It just wafts up at you every time you open the case, and I don’t like it. Again, it’s RM10 so I shouldn’t be that picky :P

The name is a little old-fashioned as well – who remembers when powder foundations were all called “Two Way Cake”? You do? You oldie you! LOL! :D The reason it’s called a Two Way Cake, for you young ‘uns who find this retro naming system amusing, is because you can use it wet or dry. Wet, with a damp sponge, gives you higher coverage while using it dry gives a lighter coverage.

Texture-wise, this Pixy Two Way Cake is a little dry and hard to the touch. If used as a powder foundation, the effect would be a rather old-fashioned heavy, cakey look. But what this was mostly used for, I was told, was as a setting powder. That’s what I tested it for!

For a spell, instead of using my regular Hourglass Ambient Lighting Powder to set my foundation (talk about a study in contrasts!), I’d use a large fluffy powder brush with this Pixy Two Way Cake powder instead. I even took this compact with me to Paris, for use as a setting powder over base, cushion foundation and BB Cream.

You know what? These flight attendants were right. I did find that my base makeup stayed put for better and longer on my skin. Because I use a fluffy brush, it doesn’t pick up very much product, so I don’t get additional coverage. It just set my base, and left a slightly smooth, matte finish on my skin that did not dry my skin out. 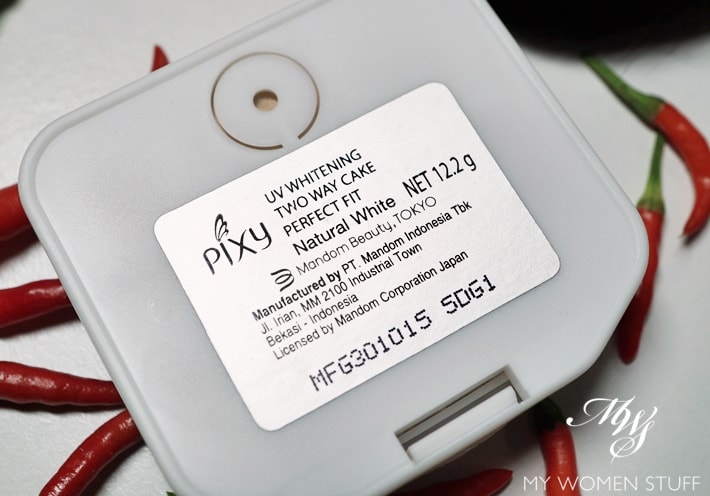 If you wear it over a sheerer base like a cushion foundation or BB/CC Cream, it adds a little more coverage, a little more naturally. It really is quite impressive for something that costs just a wee bit more than a bowl of noodles, and I can see why this product enjoys something of a cult status.

Interestingly, the brand seems to be Japanese (the Mandom Corporation is a mass cosmetics brand in Japan that makes men’s grooming products like hair gels and waxes and also that popular Bifesta cleansing water that people rave about) but Pixy is sold primarily only in the South-East Asian region.

Am I still using it? Well I am, occasionally. I mean, I have it now, and I know it works. Of course, I much prefer my Hourglass powder or NARS Light Reflecting powder for a better, smoother, more refined finish. But if I were travelling and just wanted something I can slip into my case without worrying about it (or how much it would cost to replenish) I’d pick this one. It’s cheap and it’s a fairly decent product. But I wouldn’t use it alone, as a compact foundation. The scent is too awful, and really, I’d use something of better quality for that purpose :)

This super budget Pixy Two Way Cake compact powder foundation enjoys a bit of a cult status among makeup users on a budget. The powder isn’t very fine and can be cakey if applied too thickly on skin. However, when used with a very light hand and a soft, fluffy brush, it makes a pretty decent setting powder for makeup, helping your makeup last longer without fading or oiling up, and helping it stay looking fresher longer. For the very small price, it serves up quite a punch!

CONS: Weird scent, Can be cakey or potentially drying if used on its own as a powder foundation

WHO WILL LIKE THIS: Anyone who is on a very tight budget and wants a longlasting, mattifying setting powder

PRICE: Ranges from retail price of RM11-27 but goes on sale very often where a refill as shown here goes for under RM10

WHERE TO BUY: Most pharmacies – look in the shelves along the skincare aisles, not for a large counter

If you’re wondering why there’s bird’s eye chilli in this picture, it’s because I ran out of props and this was available; and there is a local saying – “Kecil-kecil cili padi” (lit. small little bird’s eye chilli) which roughly translates into “Small but mighty” because cili padi is small, but very spicy, so don’t look down on it just because of its diminutive size! :D

Have you used this Pixy Two Way Cake compact foundation before? Have you even heard of it?

I’d seen it before in pharmacies, but being the brand snob that I am, only cast a cursory eye over it, where it registered at the edge of my consciousness, but wasn’t something I picked up to investigate. But it’s been interesting. I never would have tried it, if not for my friend Fizah! :D

PREVIOUS POST: When the promising SPF50 PA++++ rating of The Body Shop Skin Defence is an anti-climax
NEXT POST: Rifling through the Bobbi Brown Mask Wardrobe for an Instant Detox, Skin Nourish and Radiance Boost