Home » Eyes » Eyeliner » Your say : What beauty products have you rediscovered recently?

You know, being immersed in this world of beauty has its drawbacks. Stop snickering back there, because you know it’s true! If you blog, or if you read enough blogs or follow social media, often you find yourself being updated on what’s new.

Everything published is new or forthcoming. We buy them, and we enjoy them and then… “Ooh look! New shiny makeup!” and what we enjoyed before is stuck at the back of the drawer. I’m, hands up, as guilty as they come. People are already releasing images for Christmas collections, and it’s only August! Slow down, slow down! 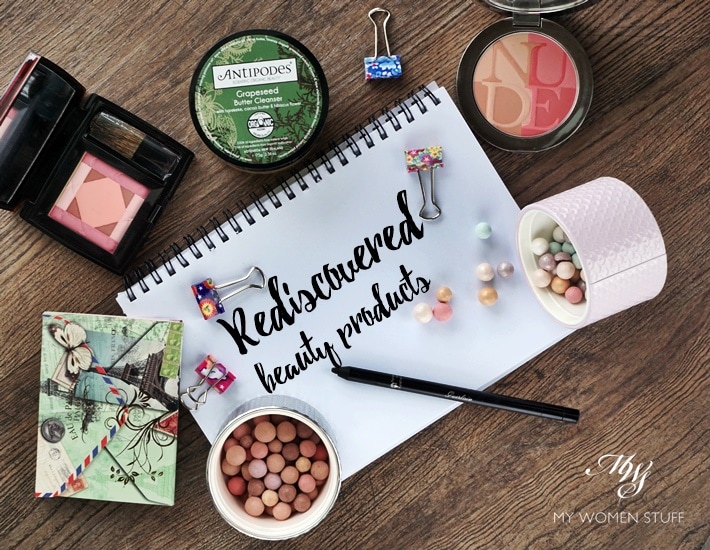 Recently however, I decided to take a look at some of the items I own that I’d forgotten about, or just stopped using, for various unknown reasons. I was curious to see if they might strike the same chord in me now, as they did back when I first got them.

Let me spare the suspense – they did! So here are a few beauty products I rediscovered recently. What are yours? :D

I’d been selling people on the notion of owning these gorgeous Guerlain Meteorites powders for so many years! Yet, for months on end, I’d barely touched, much less, looked at my tubs of Meteorites pearls. For the most part, I’d been making a substantial dent in my Hourglass Ambient powder instead.

2 days ago, when I did my makeup, I decided to see if the Meteorites had the same magic as they used to have. What d’ya know? They do! I got the same beautiful impression of glowy, translucent skin as I used to, without colour or heaviness. I’d gotten so used to the slightly heavier coverage offered by the Hourglass powder, that I’d forgotten what it’s like to have my makeup set with a barely there powder that bathes skin with a natural, inner glow. Naturally, I’m back in love with those pearls of mine! :D

They are very expensive now, and I’m a semi-retired collector, but I own enough from collecting over the years, to enjoy their magic. 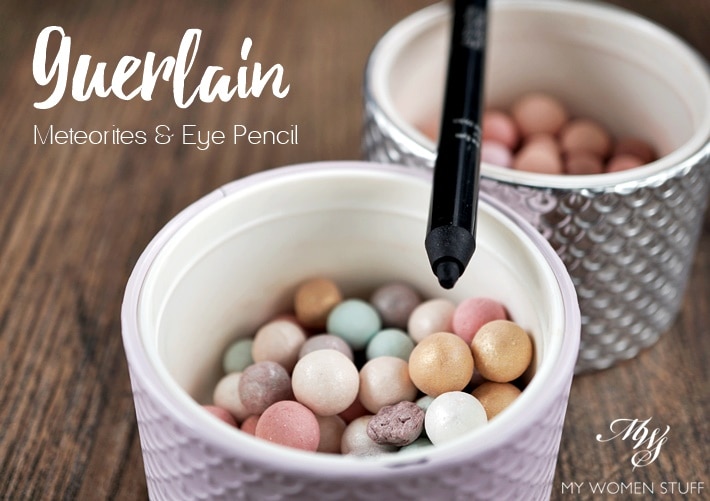 I don’t even know if Guerlain makes this pencil anymore but they may make something similar. I hated this the first few times I tried it. It would transfer and smudge like crazy and I wondered why I even bothered.

Recently, because my ancient Guerlain pencil got too short to sharpen any further, I decided to give this Eye Pencil a try again (I was too stingy to buy a new one :P ). To my surprise, this time, it was a dream! The pencil is the creamiest, smoothest pencil I’ve ever used, literally gliding on my skin like a liquid liner. The black is the deepest, darkest black I’ve come across, adding beautiful dimension to the eyes.

However, I realised that it did still smudge on me, if I used it on the upper lid and did not let it set first. Used as a tightline on the waterline, it stayed on with a little transference that I wasn’t bummed about, for up to 12 hours (it was a long day) I was stunned. Naturally, I’m holding on to this and I’m glad I rediscovered it, and even better, that I didn’t toss it out the first time around! :D

I’d been flitting around different balm cleansers for months. Recently, after a bout with problematic skin, I dig around my skincare cupboard and came across my spare tub of Antipodes Grapeseed Butter Cleanser. I’d remembered how much my skin loved it, and being an organic product, it would expire more quickly. So I took it out and put it into rotation.

Oh my! Why have I stopped using this?! My skin loves the thick buttery feel of this balm cleanser and the nourished feeling after I’ve wiped it off. It is by no means a rinse off cleanser, so I know it won’t appeal to many people. But if you aren’t averse to using a face cloth (why would you? It’s very good!) then try this balm cleanser.

The texture is so buttery on skin, and I find that it nourishes my skin so much better than any other balm cleanser I’ve used to date. There’s just something MORE about it, that my skin enjoys. Sure, I’ll flit about, but I’ll always come back to this one after a while :) 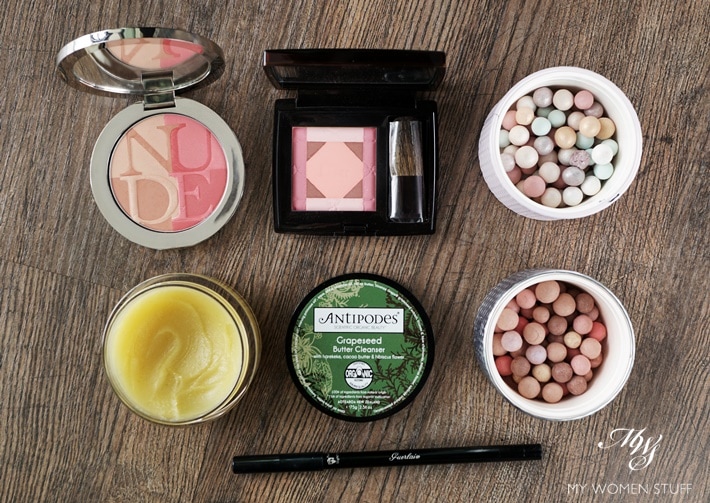 I haven’t been paying a lot of attention to recent Dior makeup launches. You could say I’m a little sore at how I perceive the quality to have changed over the years. But there was a time when I was head-over-heels in love with the brand.

And I’ve been enjoying blushes from their old collections. Props to you if you remember or own, or can name either of the two above (answer below!) I know you might be wondering if they’re too old to actually use anymore. I don’t know to be honest. I used them, and so far so good! haha! :D

I somehow feel that Dior blushes of the past were nicer than the current selection available, which strike me as being mostly form over function. Sure, they’re pretty to look at, but they don’t impress me when I test them. There was a time when I’d collect the seasonal designs, because they were unique to look at and pretty to use. These days, they keep re-releasing the same designs in different colour combinations which makes me think they’re trying to make people collect them, not actually use them. But that’s me. Dior and I have a bit of an axe to grind in recent times haha! :D I get like that with brands occasionally. Sometimes, I find that they suck and I avoid them for years on end… and then they release an impressive collection and I’m all over them again. Not happening yet, I’m afraid!

Have you rediscovered any beauty products recently? What are they?

So that’s been me in recent times. Enjoying some new stuff and at the same time, trying to enjoy what I used to enjoy in the past. I think that’s a happy balance :)

Answer: Round blush is Dior Paradise blush and the square one is Rose Brazilia! :)

PREVIOUS POST: What if I told you that you can use the Skin Creamery Everyday Cream all over your Face and Body?
NEXT POST: Because we are all unique, there are 3 versions of the new Clarins Treatment Essence for different skin concerns