I came across a very interesting interview with Makeup Artist Dick Page in The Coveteur yesterday. For those who may not be familiar with the name, Dick Page is currently the artistic director for Shiseido makeup, and has come up with some of the more daring and interesting colour combinations in the otherwise rather conventional makeup brand.

I first crossed paths with the name Dick Page about 10 years ago, when he was makeup artist under the now defunct Japanese brand Inoui ID – anyone remember that brand? I used to own a couple of their eyeshadow quads, which could only be bought in Japan and back in those days, you don’t get the plethora of resellers the way you get now. It was therefore pretty exclusive stuff. Pity I was allergic like hell to them LOL! 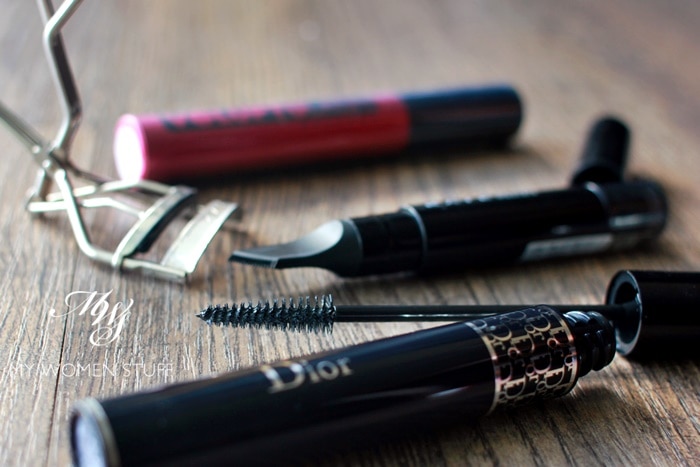 But one thing in the interview interested me – Dick Page actually said he wouldn’t really miss not having mascara in his kit. That made me sit up because, why hello! I don’t wear mascara anymore, and now it’s OK! :D

This is the relevant excerpt from the interview. 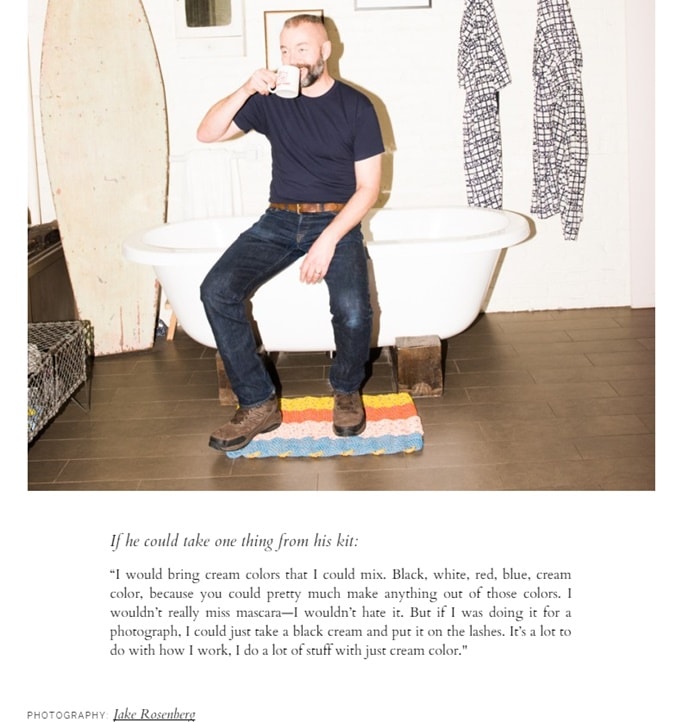 To be fair, it’s not like Dick Page said he doesn’t use mascara at all when he does makeup, but it isn’t the top thing on his list to take from his kit, as he doesn’t really miss it; and you know, neither do I after almost 2 years going mascara-less!

I suppose he was referring to it from the point of view of editorial makeup looks. You can get away with almost anything when doing editorial makeup because often, no one steps out looking like they do in photographs or on the runway.

I personally don’t know how black cream will last the day on lashes, and he did say that he’d do it only for photography purposes. I don’t think the interviewer thought to ask if he might just opt to skip the mascara in daily wear makeup. That would have been helpful for people like me who prefer to go bare-back with their lashes :P

The other interesting thing is that Shiseido actually makes one of my favourite mascara, when I was wearing mascara! I don’t know if they’ve reformulated it or how any new versions behave, but I loved it and how it looked on my lashes, but hated the high pricetag.

These days, I don’t wear mascara anymore and in the 2 years since I’ve stopped, I have not missed it one bit. The funny thing is, no one really notices either, until I mention it, when they go “Ohh ya, you don’t have mascara on!” Perhaps there’s something missing in the look that they couldn’t put their finger on, but for the most part, it goes without comment.

The primary reason I don’t wear mascara is because it was weakening my already sparse lashes with the daily application and removal, and I wasn’t noticing enough benefits from wearing mascara as opposed to going without. These days, I don’t have problems with fibres sticking in my eyes, mascara running, lashes dropping like dead flies, and pinching myself with the eyelash curler. Saves me a hell lot more time when doing makeup as well, since I never have to worry if my makeup will be messed up by wet lashes, and naturally, I save a load of cash too since I no longer have to toss it out in just 3-6 months! :D

I actually like bucking the trend. Often, I realise that so few people actually notice what we put (or don’t put) on our faces and if anything, it’s the pressure we put on ourselves to look perfect when often it’s just most important to look presentable. I don’t deny that mascara can enhance a person’s eyes, and for those who are blessed with long, lush lashes, it is usually all they need to make the eyes pop, as it were.

But for those of us with sparse, short lashes, I’ve banished every thought of ever sporting bambi-lashes, unless I wear lush false lashes, but you know what? That’s what falsies are made for – lazy people like me! :D

I’d love to know if mascara is your thing, and if you have lush, long lashes, why I’m jealous! :P

PREVIOUS POST: At the pinnacle of the Caudalie Premier Cru range sits THE ELIXIR
NEXT POST: Kiehl’s expands their mask wardrobe with the Kiehl’s Cilantro & Orange Extract and Turmeric & Cranberry Seed Masks