Home » Interesting Discussions » Your say: Are you attracted to limited edition beauty products, like that Estee Lauder ANR golden bottle?

“Limited edition” is a catch-phrase in the beauty world, I’ve come to realise. Dangle this carrot before beauty lovers and before you know it, a whole collection has been snapped up; or queues have formed around the block. Oh yes, apparently this queue thing does happen. Then, some unscrupulous people hawk their finds on ebay, hoping to make a quick buck – Hey, I’ve done it back in the day. Yes, I made a pretty penny but it was too hard to keep up and too much of a hassle, so I no longer sell things online.

It isn’t limited to just beauty though. Last year, Louis Vuitton released an adorable print collection for Christmas, the Evasion collection. I wasn’t too taken by it, but I was curious, and stopped by the LV store to take a look. The one item I was most keen to check out was the mini pochette, but I was told that it was sold out and had been since its launch, where it quite literally flew off the shelves.

Now, LV isn’t exactly like makeup or skincare. It’s not something you can just go “Oh, I’ll take one of that, and that and maybe that, why not?” without melting your credit card in the process. Yet, it sold out very quickly everywhere, because it was a limited edition product (and probably because it was cute). 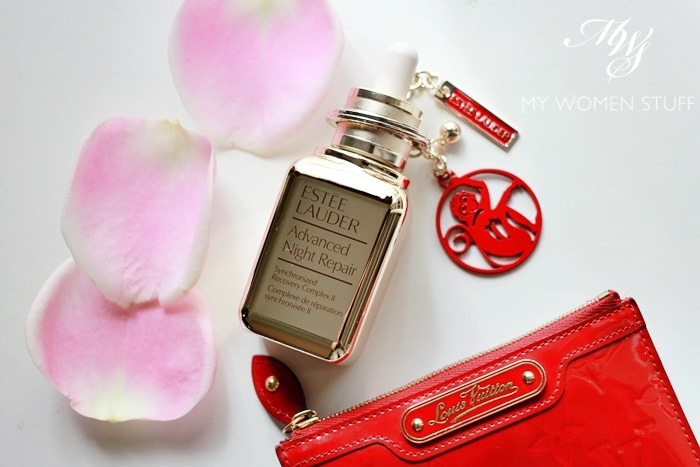 I most recently came to know that one of my favourite skincare products has now received the limited edition treatment as well! In celebration of the forthcoming Chinese (Lunar) New Year celebrations beginning on 8 February 2016, the Estee Lauder Advanced Night Repair Synchronized Recovery Complex II has been repackaged from its signature brown bottle, to a shiny golden bottle, packaged with a complimentary key chain with a Monkey charm, because it’s the Lunar Year of the Monkey! :D

It’s probably no secret that I really enjoy using this product, and I have a bottle on stand by in my skincare at all times. I use a lot of products, but this one remains a mainstay simply because it works! And the thing is, I know this is a favourite serum for many people, and one of the bestsellers for Estee Lauder, which is why I was a little surprised and not a little amused at the creativity that came with this newest limited edition offer.

But are you generally attracted to limited edition items or packaging, especially for skincare products? :D

Me? Generally I’m not, unless the limited edition item is so unique or attractive that I just have to have it. My weak spot are the Guerlain Meteorites, which I collect, so limited edition or not, I pick them up. Sometimes, I go weak at the sight of pretty, limited edition blushes, but in recent times, it’s not been a priority for me.

I know that SK-II does an occasional limited edition packaging for their signature Facial Treatment Essence, for festive seasons. Occasionally, Kiehl’s will also do a limited edition packaging for their signature products, in collaboration with designers or celebrities, and La Mer releases a special edition tub of Creme de la Mer for World Oceans Day every year. 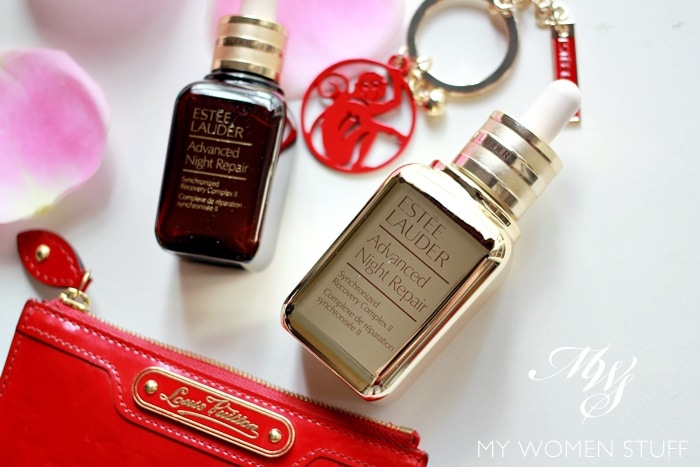 But I believe this is the first time I’m seeing a special edition packaging from Estee Lauder for their skincare products. I do stand to be corrected however :)

If I were born in the Year of the Monkey (which I’m not, but which you are if you’re born in 1956, 1968, 1980, 1992 or 2004) I think I’d be all over this. I mean, it’s a product I already use, and the limited edition celebratory packaging is pretty sleek, plus the keychain will last long after the serum is finished. I might be quite loathe to toss this golden bottle though :P

Besides, Year of the Monkey aside, I also found out that despite the special packaging and keychain, it’s the same price as the regular 50ml bottle of ANR – so I think that’s pretty much a no-brainer right there if I were going to buy the serum anyway LOL! :D

While I don’t think that limited edition packaging for skincare draws in the buyers simply on packaging alone, it’s also nice to have a little change on my dresser top. If I’m going to buy a particular skincare product, and if it were to come in pretty packaging, I don’t see why I won’t buy it! Well, unless of course it costs more, in which case, I won’t :D Now, are you planning to pick up this golden elixir in its golden bottle? It’s limited edition, you know ;)

Disclosure: Featured product was a press gift but it's one I've bought over and over through the years

PREVIOUS POST: When brushes need cleaning, do I turn to the Real Techniques Deep Cleansing Gel?
NEXT POST: I take a short trip to the dark side with the Dark Amber & Ginger Lily Cologne Intense at the Jo Malone Cologne Intense launch in Malaysia