It’s that time of year again, when many of us pause to contemplate and reflect on the year that’s gone by and in time, to look forward to the new year that’s to come.

To some who observe the religious festival of Christmas, this is a time for prayer and festivity. For others who do not observe the festival, this is as good a time as any to wind down for the year. Even as people say each day comes and goes the same way at the year end, as it does at the beginning of the year, you can’t deny that in the final week of December, there is always heightened sense of excitement and trepidation. Years are ticked off more significantly when you’re at school and heading into a new school year, and less so, when you’re an adult. But there’s still that residual feeling of anticipation of what’s to come. 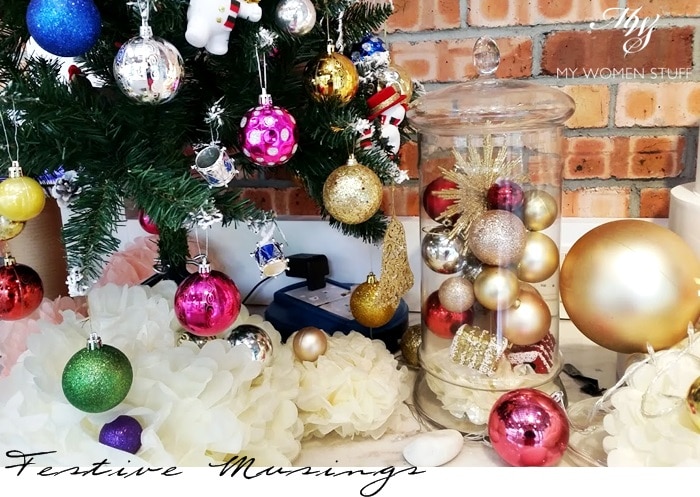 For my part, this is as good a time as any to let you know that I’ll be taking a break from MWS to the new year, which isn’t very far away. I’ve faced a tumultuous and life-changing year in 2015, with that roller-coaster that I’ve been riding plunging from its peak, to finally come to a sudden, spine-juddering halt. It was almost as if someone had yanked the cable from the socket, and jammed a spanner in the works. In a way, that’s what happened. Even as I exit the cars on jelly legs, I feel like I’ve left my stomach and head somewhere else. This is me, and yet, it’s not quite the same me that went on that ride, anymore.

Like a school kid, I am facing a major change in the coming year that leaves me wanting to crawl into a hole and hide from the world, just so I don’t have to face the challenges to come. Yet, face them I must, for that is what we have to do to get on with our lives. But hide I will, for a few days, as the reality sinks in.

In the midst of the mind-numbing maelstrom of events that’s swirled around me, I’d like to just share a little story, of an incident that happened to me very recently, that has made me think a little more.

I’d gone to a shopping mall, and after picking up what needed picking, I discovered that I’d lost my parking ticket. I backtracked my steps, and hunted everywhere, but to no avail.

I also found out that it would cost me a RM60 fine to exit. I was resigned. It was my own fault after all, and it was due to my carelessness that I had to spend this unnecessary money.

When I went to the security counter to explain my situation, they were kind enough to ask if I’d checked everywhere, because it was expensive otherwise. I said I had. I even had the RM60 in my hand to pay the fine. However, out of the blue, one of the guards handed me a ticket. I handed him the RM60 but he waved it away. It was already prepaid, and all I had to do was take it and exit.

I wasn’t sure what to say, except thank you. It was an unexpected gesture, and although a small one, one that touched me. He did not have to do that, as I’m sure he knew, but he did it anyway. In his small way, he made my day better.

And in my way, I have and will continue to pay this forward.

It is easy to wound and hurt another in word or deed. It is much harder to give and bring joy and comfort instead.

I’ve been the recipient of wounds and hurtful deeds, and in reacting and lashing back out, I have caused my own wounds and hurt. I’d be a saint if I hadn’t. In the process, I’ve built up my walls and shielded myself from all potential hurt. But, when this happened to me, it made me realise that not everyone is out to get you. Sometimes, people who have absolutely nothing to gain from you, or who even know you, will help you anyway.

And I told myself that that’s what I should do. Don’t be a doormat or a walkover, but do what you can in your own little way to make someone else smile, even if just for a few minutes. It could be that break they need or are looking for. None of us know what others are going through, and sometimes, like in my situation, this was the wake-up call I needed to remind myself that it’s not just about me.

Sure, I think I’m the centre of my universe, and that whatever has happened has been the most severe of injustices; but really, it isn’t just about me at all. Sometimes, you just have to accept it and let it go. We can’t control how we feel about things that happen, but we can deal with it in a mature and rational manner, and we can all, in our little way bring a little smile to someone’s day. Perhaps, this change I’ll be facing will be a positive one. Perhaps, this will be my chance to do something different. Perhaps, not.

But I won’t know till I pull myself up by my bootstraps and get stuck in.

As 2015 draws to a close, and 2016 looms around the corner, take a moment to reflect on what you can do to bring a smile to someone else each day. We’re surrounded by too much negativity, stress and pressure. Let’s not let that define and mould us when we can be so much better and make things so much better for others around us :)

As always, I’m grateful and thankful for every single one of you reading this, and who has been reading my musings through the year. You have each helped me through my worst times, and given me the impetuous to go on, and I am always grateful. Thank you!

PREVIOUS POST: Revisiting cleansing oils with the highly raved Tatcha Camellia Cleansing Oil
NEXT POST: Today is the first day of the rest of your life

48 comments ... Read or JOIN THE DISCUSSION