I haven’t embarked on a blogging rant for a while. The primary reason is because I’ve realised that the beauty blogging scene locally is markedly different from that I’ve seen in other countries. There is a lot of “me-ism” here as I call it, so I’ve decided to let sleeping dogs lie, let everyone do their thing and I’ll just do mine. I’m happier this way and I don’t get told off for preaching. Apparently, ethics rub people the wrong way.

Anyway, I remarked on Tine’s blog that I feel like I’m being treated by some people as a “loose cannon” because I refuse to be controlled and that makes me unpredictable. That’s how I like it, but it upsets people so contrary to what many people believe, I don’t work with many brands anymore. Most drop you like a hot potato on reading a less than favourable review about them and PR people come and go so relationships change over time. But you know what, it’s not about me today. I recently received an offer that incensed me so much, I just had to let loose about it. 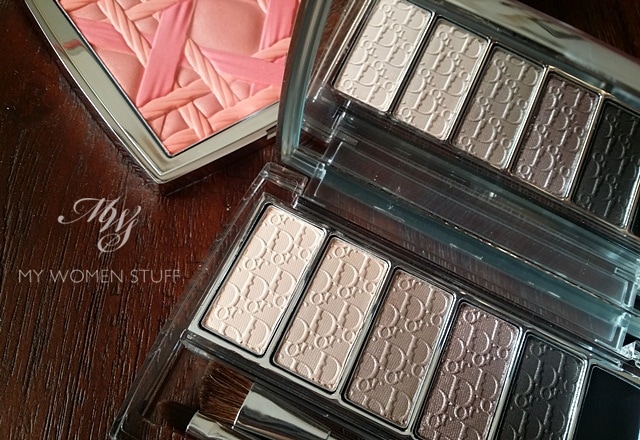 This isn’t about beauty so you may leave now if it doesn’t interest you 🙂 But because I needed a picture, here’s a gratuitous photo of one of my recent purchases. It’s the Dior Eye Reviver eyeshadow palette and the My Lady Dior blush in 007 at the back. Both are available only at the sole Dior beauty boutique at Sunway Pyramid for a limited time, if you’re interested. (Disclaimer: This post is not about Dior but the items were too pretty not to show you 🙂 )

Well, basically I was approached by a PR firm, let’s call them Y who said they were representing a brand. Let’s call it Brand X. Brand X has a new product that they want to launch in a month’s time, at an allegedly ‘glam’ event.

So, Brand X has offered 10 bloggers a chance to try the product ahead of time and be paid. Let’s say for the sake of argument, that the amount is RM300 (approx US$82) per person. So far so good. They’ve actually broached the subject of payment.

However, because they are offering a payment, suddenly the hoops and juggling clubs appear for you to jump through. You are required to write a post about receiving the product, provide before/after photos and publish your review on a particular date. That raised my hackles a little but I wasn’t quite pissed yet.

It was what came next. That it was also compulsory to participate in some random contest where you, yes you the blogger, must dress up, take your photos of yourself dolled up to the nines (I don’t see how that’s relevant to having good skin but there you go), allow your photos to be used by Brand X for promotion and then came the crunch. You, yes you blogger, you will be judged by people who you have never met on the condition of your skin and how it’s improved since you were using Brand X’s product, all so you stand a chance to win products, and a coveted award no one has heard of before this.

Firstly, it’s ridiculous to impose all these conditions and compel us to participate in an activity that I feel to be condescending and demeaning and demoralizing for a mere token sum of RM300. Hell, if that second “activity” had not arisen, I wouldn’t have embarked on this rant because as ridiculous as it is, it isn’t uncommon. I don’t know who suggested that stupid contest, but whoever did deserves a swift kick up their behind. Brand X is a big company. If they want people to get that involved in a time consuming blogging activity, RM300 isn’t cutting it, folks. RM3000 would be a more reasonable compensation. I wouldn’t do it for RM30,000 but hey, that’s me. I know most people would.

Secondly, these people know nothing about you. They don’t know who you are, how old you are, what the condition of your skin is, or your lifestyle and you are not being judged among your peers. You could be a cynical, stressed out 40 year old, like me, pitted next to a baby faced 20 year old fresh out of diapers. You could have taken it seriously, written a thesis about your experience with the product, and be trumped by a pretty sweet young thing with skin like that of a baby’s bottom who wrote 50 words and included 50 photographs of herself, well photoshopped.

You are a random group of people thrown together because you are bloggers and therefore willing to jump through flaming hoops for a little treat at the end. “There’s a good boy! Here’s a treat!” Hey, you are not being given a year’s supply of product. You are given 1 month’s supply… and a paltry “compensation”, probably for you to go buy your glam dress and colour your hair as they pointedly suggest. Bollocks to all that.

Thirdly, where does it say that because I’m a blogger I’m willing to submit myself to be judged by people who I don’t know and don’t give 2 sen for, to judge ME on the condition of MY skin? If I choose to blog about my skin condition, that is my choice and within my control. I don’t asked to be judged. If people judge, that’s their business. I did not ask for it. But by making it compulsory, Brand X is forcing YOU to consent to be judged on your skin, by people who aren’t experts or even dermatologists.

This process of “judging” isn’t scientific. You aren’t asked to go in for before/after photos taken by experts under constant conditions, nor do machines measure the quality of your skin. You take the damn photos yourself and if you win, it’s not money that you win. It’s not an all expenses paid trip to Europe with shopping money thrown in. It’s products that the company manufactures, which costs nothing to them. Oh and a “coveted” award which I’d never heard of before this so it can’t be very coveted can it?

Oh and what if you don’t win? Oh, then it sucks to be you doesn’t it? Having to parade yourself up and down, subject yourself to the scrutiny of people who care nothing for you and who aren’t qualified to talk about the condition of your skin. Only to be told “Oh you’re not good enough”

So what’s my rant? Is it about the paltry compensation? Or is it about the company being so out of touch with things that they expect that bloggers will do anything for a freebie, a small sum of money and a chance to be paraded on stage? Or is it about the PR company who actually thought that this idea would fly.

It’s all of the above. This is what makes blogging such a sucky thing for me. It is presumptuous brands who come up with hare-brained schemes like this, and PR companies who feed this presumption that all bloggers are young and hungry for fame and freebies and a “coveted award”. This offer is insulting to someone who commands 10,000 pageviews a day and it is just as insulting to someone who commands 10 pageviews a day because it tells me that there is no respect shown to the blogger at all, in this whole exercise.

Brands recognise that bloggers can be of great help to them in getting the word out and influential bloggers can sell out a product. Yet this latest exercise by Brand X and PR firm Y shows just how little they appreciate the effort, influence and time put in by the bloggers. Brand X stands to earn hundreds of thousands from the sale of this new product and all they are willing to invest in the bloggers that they are using to push their product sales, is a total sum of RM3000 for 10 bloggers. In fact, they promise you 2 month’s supply of product but won’t even let you have the 2nd month until AFTER the whole exercise is completed.

I’m just getting this off my chest because if I didn’t, I’d explode 😛 I know there are 9 other people out there who have received the same offer. Perhaps they don’t feel as WTF-y as I do about this. Time will tell. I’m not saying that you shouldn’t take the offer up, but I’m saying that you should weigh your time, effort and influence and think hard about whether all you’re worth is RM300, some product and some stupid cattle parade where some unqualified people will decide if you are worth giving a prize to.

You think about it. But I can tell you that you and I are worth a hell lot more than that, and we deserve and are entitled to some respect. As long as we roll over and let these companies trample all over us, we can forget about getting any respect at all. The next time, they won’t even bother to offer you the RM300. You’d just do it for the free product won’t you? After all, you’re JUST a blogger.

And this, my friends, is one of those things that makes me sick about this whole blogging business. The lack of respect and those who allow this lack of respect to perpetuate. Bloggers aren’t just pretty faces on the web. We should never be just that.

My path has diverted and I’ve chosen to blaze my own blogging path away from all this crap. I’m not saying that I’m against accepting compensation, but that compensation must be commensurate with our efforts, time and influence that the brands seek to make use of. And no matter how I look at it, RM300 is nothing but an insult. A friend I talked this over with had just this to say after reading the email (Read this in your best Manglish accent) “They think their RM300 is very big issit?!”

And you know what? That pretty much sums it up.

Thanks for letting me get this off my chest 🙂

PREVIOUS POST: Delivering to my skin my nightly dose of Origins High Potency Night-A-Mins
NEXT POST: Tip: 3 work-friendly ways to wear blue eyeshadow to the office

83 comments ... Read or JOIN THE DISCUSSION