I’m usually quite taken by Christmas or Holiday makeup releases, but this year, I’m feeling a little underwhelmed by most of the offerings. It almost feels like I’ve seen them all before and in a sense, I might have. After a few years, things do start repeating themselves. But there’s one item I always look out for – Guerlain Meteorites.

The simple reason is because I use them, and I collect them and no, I don’t expect everyone to understand 😀 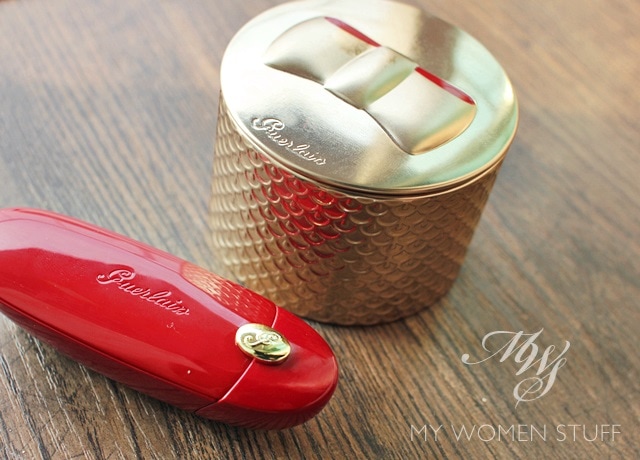 It was quite a pain hunting these down, if I might just say so. Different department stores told me different things (most are only making them available in the 2nd week of November) but I managed to get my hands on the Guerlain Perles d’Etoiles Meteorites Illuminating Pearls and the limited edition Rouge G in Rouge Parade 820 at Parkson Pavilion KL. They don’t have the Petrouchka Eye and Cheek palette yet but I’m not planning to get it so I wasn’t fussed.

I got these yesterday and tested them on today so this will not be an in-depth review. I’ll just share my thoughts, swatches and whether they’re worth getting, because it will cost a pretty penny. 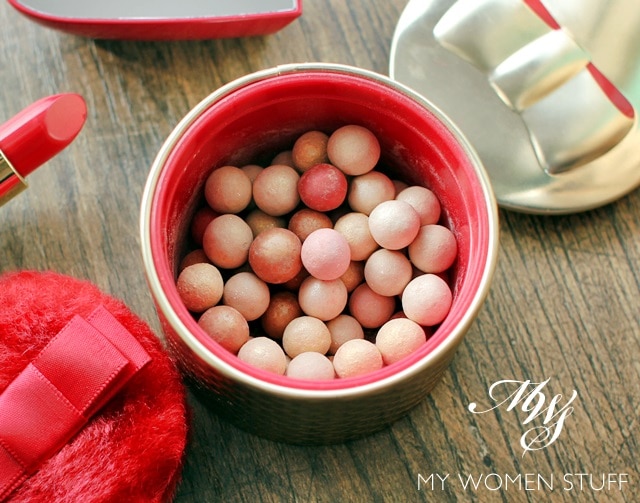 For the festive season, Guerlain has dressed up their signature Meteorites Illuminating Perles in a light gold case and a red interior. The sides are the usual fish scale design (Sorry, that’s how it looks like to me!) but the cover sports an embossed bow. Instead of the flat sponge that’s usually included, the Perles d’Etoiles come with a red puff with a bow on top. Very festive and very pretty.

The illuminating pearls however, don’t look as pretty in person as they do in the promotional picture. There are supposed to be 6 different coloured pearls in there, but I only really spotted 5 – bronze, beige, gold, pink and red. Like their regular Meteorites pearls, there is a mix of shimmer and matte and there’s absolutely no point swatching them because it is about the overall effect on your skin.

I wore these today and I find that due to the bronze and gold coloured powders in there, it tends towards looking a wee bit warm so those with warmer skintones may that you appreciate this more than some of the other earlier lighter offerings. It isn’t as dark as the permanent #4 Dore which I also own and wear like a bronzer. I’ll show you that one day. 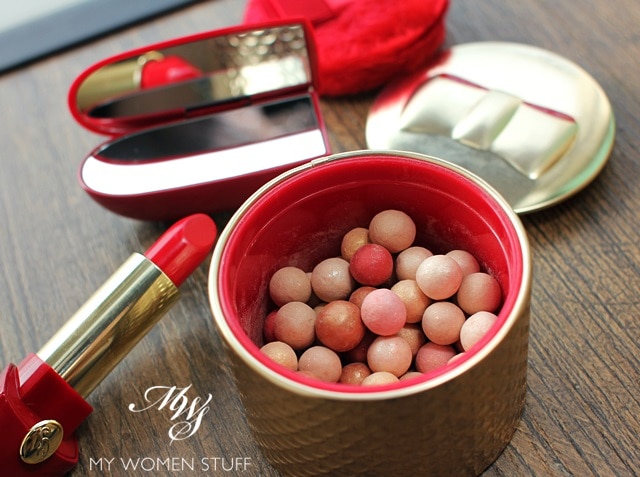 This comes in the new Meteorites formula, so it is quite soft and you will notice that it looks quite dusty in the pot. This also means that it is very easy to pick up the product and dust it all over your skin but you can end up picking too much. I don’t find the Perles d’Etoiles to be as shimmery as the Perles de Nuit (which I love for giving an AMAZING glow to the skin in all conditions) and it isn’t as pink as the Crazy Meteorites from last year which I passed on because I thought the tin was awful. Perles du Dragon gives a whitish cast to the skin under the glow while Perles d’Etoiles adds warmth to the skin the way #3 Medium (Teint Beige) might, but with a bit more shimmer/glow.

For the collector, you need this in your collection. For those who can take it or leave it or who don’t understand these magic balls, I’d recommend you start off at the permanent collection to see what it’s all about because if you just go with the hype, these are just too expensive to have sitting on your dresser doing nothing. Or you can gift them to me of course 😀 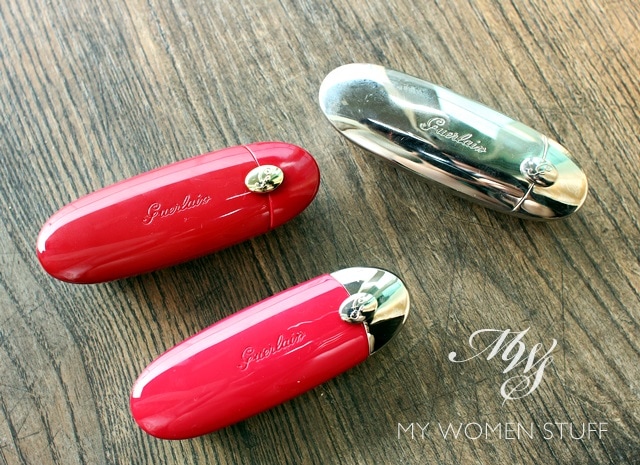 I wasn’t planning to pick up anything else, and then I remembered that there was a new Rouge G lipstick released for the Holidays. Ok, so let’s just say that I fell hook line and sinker for the packaging. I already knew the formula would be amazing because I’m a huge huge fan of Rouge G lipsticks (which are, I swear, among the best in the world!) but encase that lovely bullet in red with a gold accent and I was going “Take my money!!”

The limited edition colour is Rouge Parade 820 which is a festive red, befitting that of the festive season. But here’s where rationality and practicality comes in. Because while I’m a sucker for pretty packaging, you don’t have to be 😛 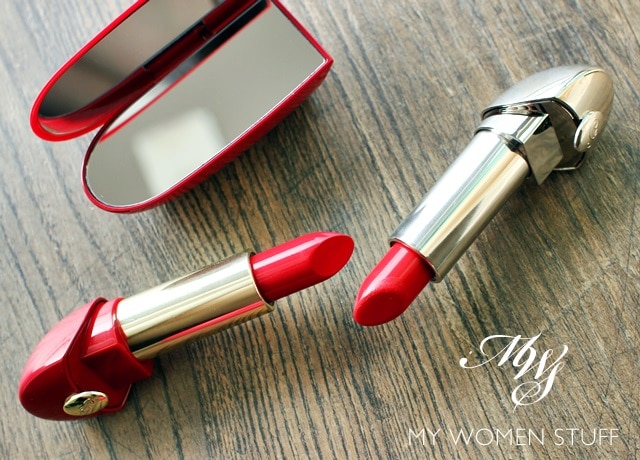 You see, Rouge Parade 820 is almost exactly Garconne 25 which is a permanent shade! Garconne is one of my favourite red lipsticks so I didn’t mind that they were practically identical twins barring the packaging. But if you want to save your money and aren’t suckered in by the packaging, then get Garconne. It’s gorgeous.

Like all Rouge G, the formula of the lipstick is creamy, long lasting, not drying, beautifully pigmented and flattering. Few lipsticks can beat the luxurious creaminess, colour and texture of Guerlain Rouge G and those that do also cost a pretty penny so it’s in good company. 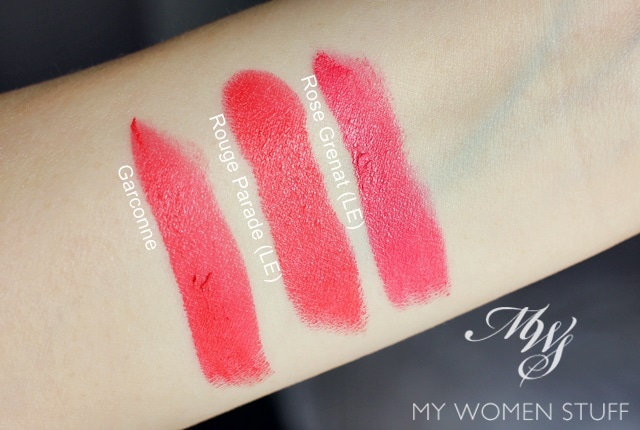 From the swatches, I think you can barely tell Garconne and Rouge Parade apart. I included Rose Grenat because it’s so pretty anyway 😀

Rouge Parade 820 (as is Garconne) is a pigmented red with a touch of warm undertones. Very slightly, and is a colour that is flattering on almost everyone I’ve seen it on. Wear this, and you don’t have to bother with putting on a lot of makeup because there’s little that needs to compete with a beautiful red lip 🙂

For completeness, here’s how Rouge Parade looks when I wear it. 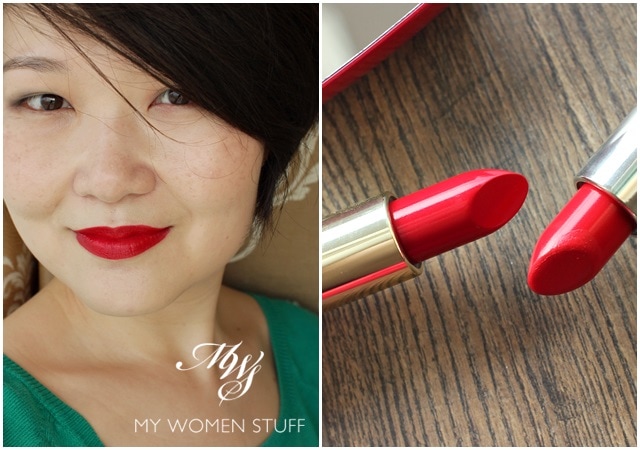 I’m also wearing the Perles d’Etoiles in the picture but you can’t tell because I didn’t pile it on. All it does, as with all Meteorites pearls, is unify and finish my makeup and give my skin a lovely natural glow that I can safely tell you, I haven’t found in another product. It’s MAGIC BALLS! 😀

The Rouge G in Rouge Parade is an amazing red in an amazing looking packaging. The light gold accent complements the red case beautifully. But because it is almost exactly the same shade as an existing, permanent shade, I’m docking some points. Get it if you can’t resist the packaging and do not own Garconne. Or unless you’re a sucker like me, get it anyway even though you own Garconne LOL! 😀 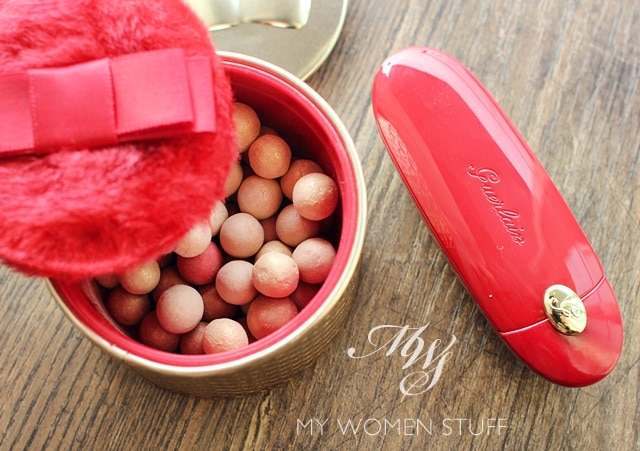 So that’s it. All I plan to get from Guerlain’s Holiday collection this year. To be honest, I feel that it’s a bit of a take it or leave it situation, even with the 2 items I picked up. If you’re a collector and a sucker for pretty packaging, you’d get them the way I did. But I can’t say that everyone will get it.

Do you plan to pick up the Perles d’Etoiles? Are you eyeing anything else from Guerlain from their Holiday collection?

I wasn’t planning to hunt these down but I had to for scheduling reasons. Plus, if you were wondering if you should get them, I wanted to let you have the chance to decide ahead of them becoming more widely available in November 🙂 Now, tell me which you’d get and why! 😀

PREVIOUS POST: Tip: Use a travel/sample perfume spray to neutralize food smells from hair and clothing
NEXT POST: This facial oil from Human Nature is an Overnight Elixir that leaves skin feeling soft and supple