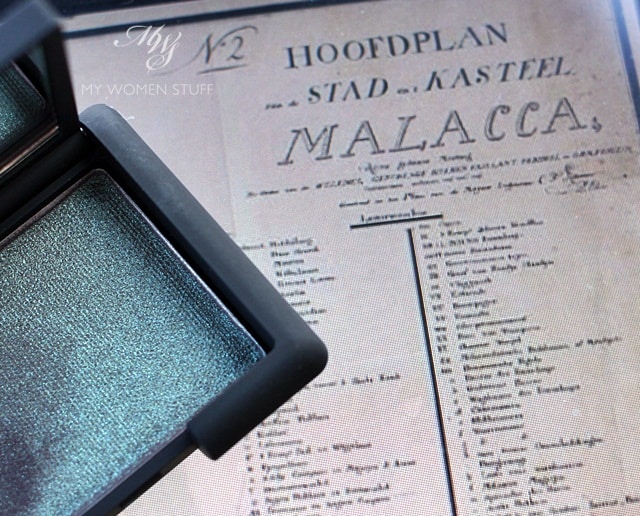 The one item I’m quite happy to tout as a “must have” is the NARS Malacca eyeshadow single. It was launched for Summer 2014 but is quite thankfully a permanent item so it’s still possible to go and get it, and the best thing is that it can quite easily transition you into Fall and Winter as well.

I’m not sure of the origins of the name, but knowing NARS’ predilection for naming their eyeshadows for places, I’m inclined to believe that Nars Malacca was named for Malacca, a state found right here in Malaysia 😀 Malacca was historically a large Sultanate in the region, and a key port on the spice route, where traders from the East and West would meet to trade in spices. Malacca was also where the first colonization of our country began, with the Portugese in 1511 for over 130 years before the Dutch and the English. It was the starting point for the growth of our country and is the most historical city we have. So, let’s just say I’m quite pleasantly surprised to see an eyeshadow with a name I can relate to. If it was intended to of course 😀

Malacca is described as a iridescent peacock shade, and in pan, looks like a blackened emerald green. It looks amazing in pan but it turns out that it is quite surprising when used.

You see, when worn, I don’t get that lovely blackened green on skin, but it turns out to be a cool toned plummy brown with a hint of green iridescence. 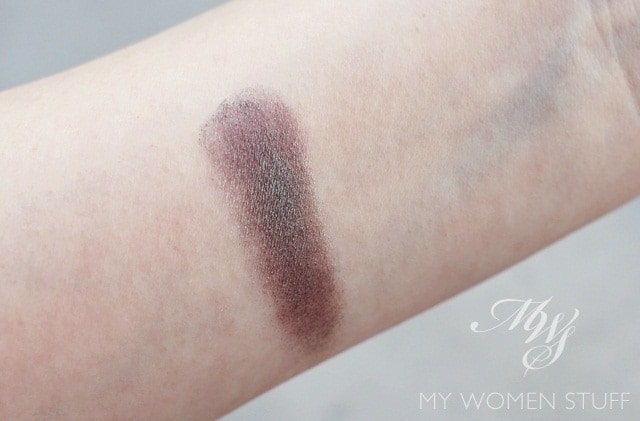 See what I mean? It doesn’t look green at all and for want of a better word, makes me think of ‘taupe’. Surprising? It was to me. I’ve read of it being compared to the very popular MAC Club eyeshadow that has a similar effect but I don’t have that one so I cannot compare.

So, what’s so special about Malacca that I’d call it a must-have NARS eyeshadow? For the very simple reason that it is a breeze to use, and is so special, you can wear it alone to dress up or dress down. There aren’t many products that do this! 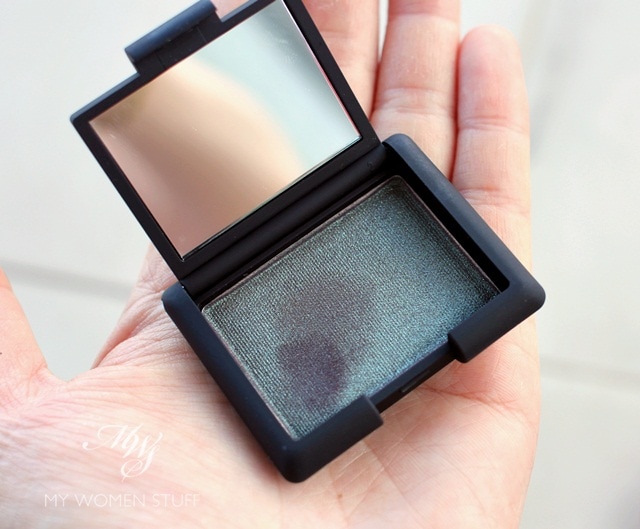 It does come in the typical rubbery packaging, but the Nars single eyeshadow is quite small. Fits in my palm with lots of space to spare. But in terms of application, it packs a punch!

I’d ordinarily apologise for the rather messed up looking product in the picture, but I won’t because it is how the product looks when it is used. I only used a corner of it so you can see how the colour looks a little different in that corner. I only use a brush and I only used it dry (I don’t generally like using eyeshadows wet) so you can expect your pristine new Malacca shadow to look a little messy after a while.

Here’s how I wore Malacca.

I simply applied it all over my lid, blending it out around the edges so soften the colour and the harsh lines. You may notice the browned base and the dark green iridescence which is what makes the shadow interesting, and allows it to stand on its own. You can of course, blend it with other shades but I liked the standalone factor because this means I can tote this around for travel if I have to without hassling with other colours.

This is my first time using a NARS single eyeshadow and the longevity is quite impressive for me. Worn over the NARS eyeshadow primer, it lasted all day, but even without, it lasted me for most of the day. I liked how simple it was o use and how flattering it was even to wear to work in a slightly more serious setting. 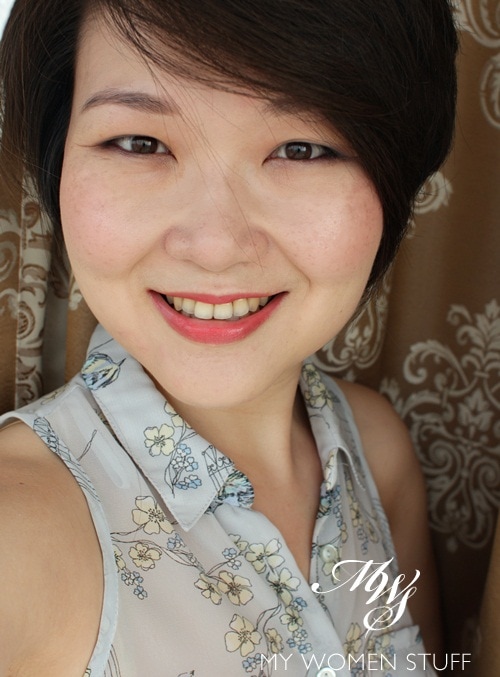 Here’s how it looks in an overall look. Although the eyeshadow has a slightly cooler tone, I opted to pair it with slightly warmer lips and cheeks and hey, I think it works. It looks nice worn with a slightly vampy lip (keep the cheeks neutral) or with pink lips and cheeks too. It’s surprisingly versatile and I really like it for that too!

NARS Malacca single eyeshadow is an interesting product that looks like a blackened green in pan, but which applies with a brown base and a hint of green iridescence. The colour shifts a little depending on how the light hits it, which allows for the product to be worn alone or paired with other colours. I like to wear it alone and I find it flattering and very easy to use whether to the office, or smoked out for an evening out. If you are Malaysian and love colour-shifting lid colours like this, Malacca is a must have! Actually, it’s a must have whether or not you are Malaysian 😀

Pros: Unique colour for eyeshadow, Can be worn alone due to the colour-shifting iridescence

Who will like this: Anyone who likes browned based lid colours 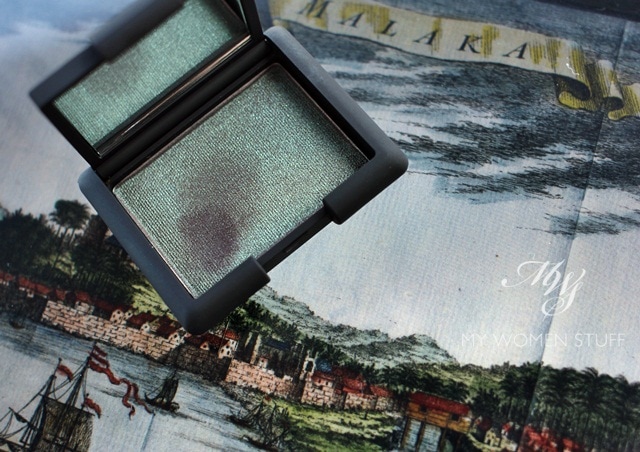 I must say that few things surprise my anymore in the world of makeup but now and again, it is nice to have a surprise sprung on me. Nars Malacca is one such surprise and one which I would gladly tell you to get, if you get just one eyeshadow from NARS. I’m quite sure you won’t regret it 🙂

Admittedly, I was less enamoured with Malacca before swatching it because I thought it would be your regular blackened emerald green. What makes it unique is how different (and wearable) it is on skin and that is what makes it special. Definitely worth taking a look at the counter, that’s for sure! I don’t always like iridescent colours like this because it isn’t always done right, but Francois Nars got this one spot on! 😀