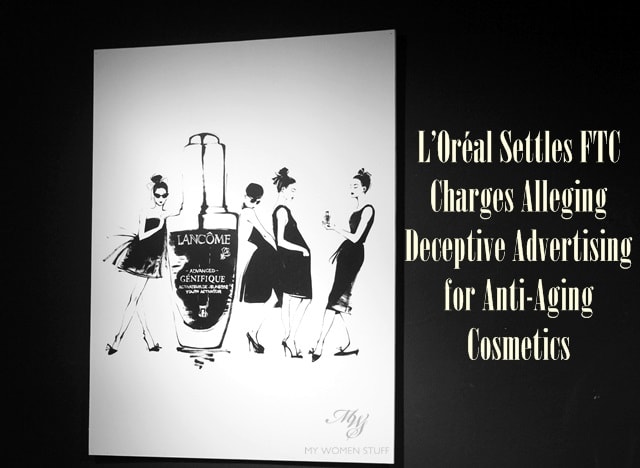 A few years ago, I attended the launch of the then brand new Lancome Genifique serum. It claimed to be able to activate the gene profile and basically activate your youth from within, and make skin (and therefore you) look younger while helping skin respond more quickly to external aggressors. While I had a very interesting insight into genes and gene therapy during the launch, and a fascinating experiment, I could not help feeling oh-so-sceptical. If this were indeed true, why isn’t this gene activator used in medical research instead of for cosmetics purposes?

Then a year or two later, the trickle-down effect led to the launch of L’Oreal Youth Code Pre-Essence on the same principles. A much more affordable option, Youth Code also talked about genes and their activation and that consumers could crack the code to younger looking skin. I remember receiving an invite to the launch for which a friend attended and reported back.

Well, I hope that as well as both products may have worked for you, you didn’t buy into the gene-cracking, youth-activating claims because as it turns out, they’re now found to be “deceptive and misleading”!

What this means, folks, is that all these claims L’Oreal had made of their serums cracking the youth code, or activating gene profiles, or boosting gene activity, all these claims weren’t backed by science and they couldn’t prove it, when challenged.

So when charges were brought against L’Oreal (who owns Lancome) by the US Federal Trade Commission (FTC) L’Oreal has now decided to reach a settlement with the FTC.

Under the proposed administrative settlement, L’Oréal is prohibited from claiming that any Lancôme brand or L’Oréal Paris brand facial skincare product targets or boosts the activity of genes to make skin look or act younger, or respond five times faster to aggressors like stress, fatigue, and aging, unless the company has competent and reliable scientific evidence substantiating such claims. The settlement also prohibits claims that certain Lancôme brand and L’Oréal Paris brand products affect genes unless the claims are supported by competent and reliable scientific evidence. Finally, L’Oréal is prohibited from making claims about these products that misrepresent the results of any test or study

The important take away from this episode is this.

Do not believe everything you read or hear or are told by cosmetics companies. Take every claim with a grain of salt and use a product because it works for you, or you like it, not because it makes some dubious claims of penetrating deep down your skin or switching on the youth gene.

While Genifique (now known as Advanced Genifique) is a popular anti-aging serum that many people like using (my Mom actually likes it a lot but she doesn’t know about what it purports to do because I don’t tell her so she just likes it for what it is – an anti-aging serum) I have not been able to use it with any great success and so I don’t and I reject most offers to try it. Incidentally, I’ve received a couple of offers recently and I wonder if it might be due to this latest incident, that Lancome/L’Oreal is trying to re-spread the word about it’s star serum 😛 Or perhaps I’m just too much of a cynic 😛

While L’Oreal says that “The safety, quality and effectiveness of the company’s products were never in question” and while I don’t doubt that the products work, as any skincare product will, sans all the scientific mumbo-jumbo and over-promises, I have to wonder if they could now charge less per bottle, now that the ads and promotional gimmicks are found to be that – gimmicks, instead of the astronomical prices placed on Advanced Genifique 😛

Personally, I don’t use either product but I know many people do and like using them and I’m sure this info isn’t being blasted out there for your reading pleasure, so consider this a PSA and make your decisions accordingly 🙂

If you’d like to read more about this, you can get the official release from the FTC website and the articles at Wall Street Journal and Forbes amongst others out there.

Are you a fan of either Lancome’s Genifique serum or L’Oreal’s Youth Code Pre-essence? Did you buy into their gene/youth activating claims?

As L’Oreal is vouching for the safety of their products, and as this isn’t a case of product contamination, there really shouldn’t be anything to worry about. If you already use these products and are happy with them, I don’t see anything wrong with continuing their use. You may only be affected if you bought into the claims of gene activation, in which case, I’m afraid you’d just have to feel a little duped! 😛 Now, the RM64,000 question is, are you? Feeling duped, that is 😛