Does anyone remember the excitement and the hubbub when Sephora Malaysia opened their first store at Starhill Gallery 2 years ago? I took you on a little store tour after braving myself to step in for a look. Since then, another 3 stores have popped up at KLCC, Gurney Paragon Mall Penang and Paradigm Mall. Well, beauty buffs in the Subang, USJ and Sunway suburbs, you now have a Sephora store right at your doorstep! No more having to trundle down town to KL City to pick up your favourite beauty goodies! 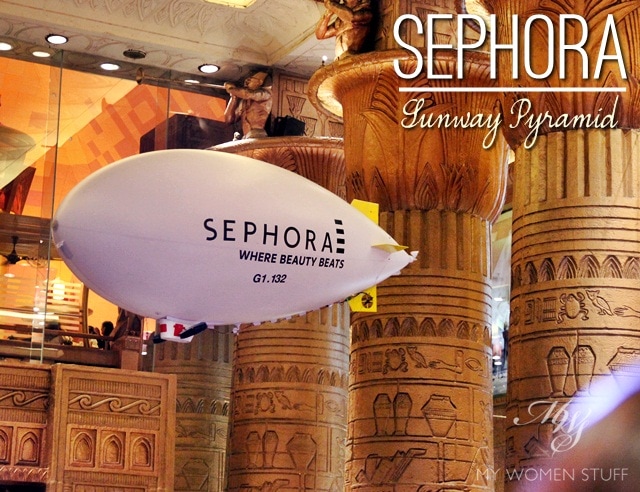 Sephora Sunway Pyramid opens its doors today (19th October, 2013) but I was privileged to have a preview of what there is on offer. The store is quite large and is stocked with all the brands that you find at the other Sephora stores. This means that when the Christmas collections hit the stores (they aren’t out yet when I was there) you don’t have to rush down to the city anymore. Just head down to Sunway Pyramid.

Oh and you did know that Tarte Cosmetics is coming to Sephora Malaysia right? I just found out from The Sun Daily newspaper 2 days ago and yesterday, spoke to the Beauty & Lifestyle editor about it. I’m excited about it because it’s one of the quieter, more underrated brands that I discovered and was using in the past few years and I do like what I’ve tried so far. Expect it in store from mid November onwards 🙂 Gosh, we beauty mavens in Malaysia sure have been spoilt silly in these 2 years yes? 😀

I’ve got some pictures of the Sephora Sunway Pyramid store preview so if you like, take a look and feel free to caption some of the more amusing ones 😉 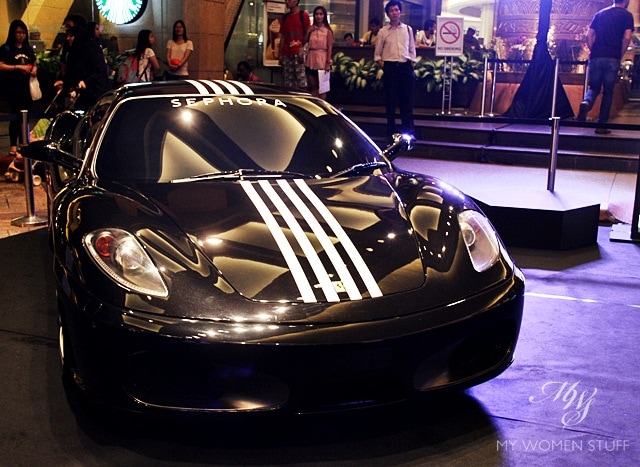 Hmm no, Sephora isn’t selling Ferraris just yet. I’m not sure how many UD Naked palettes you have to buy to qualify for one of these though LOL! 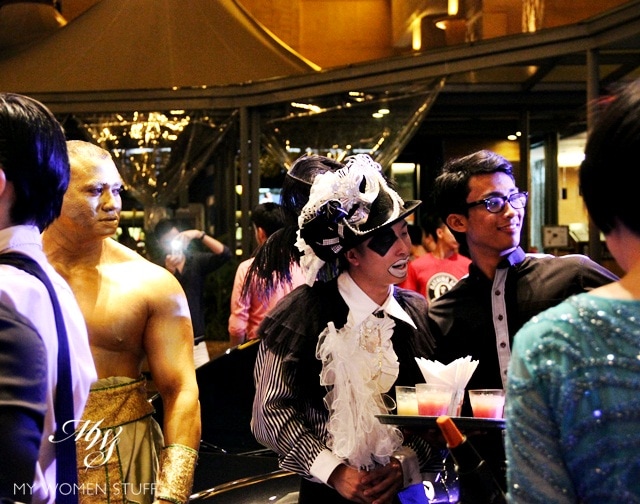 Uh… feel free to caption this one! 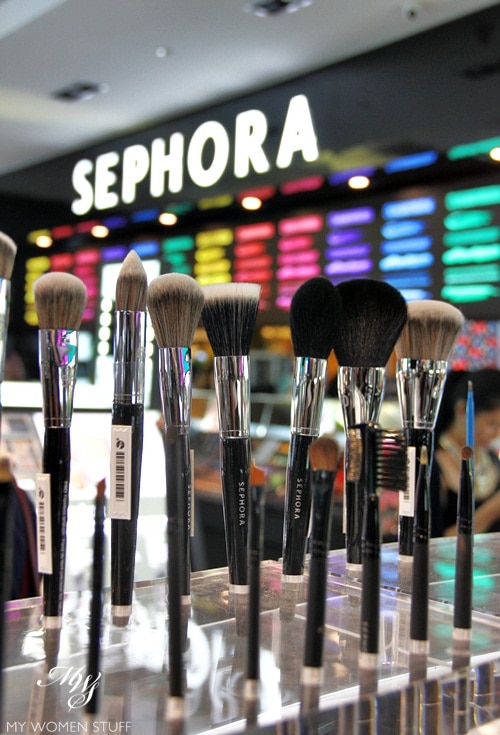 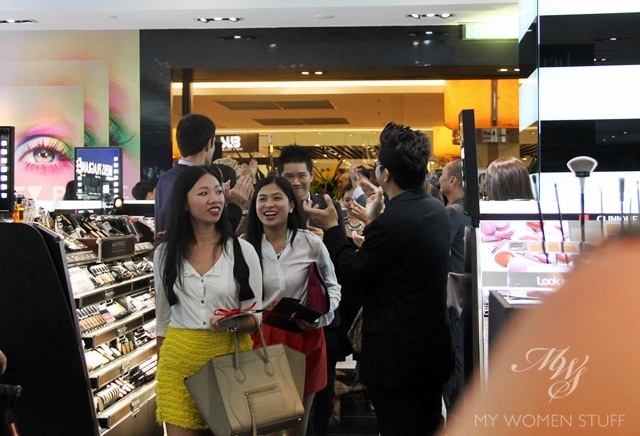 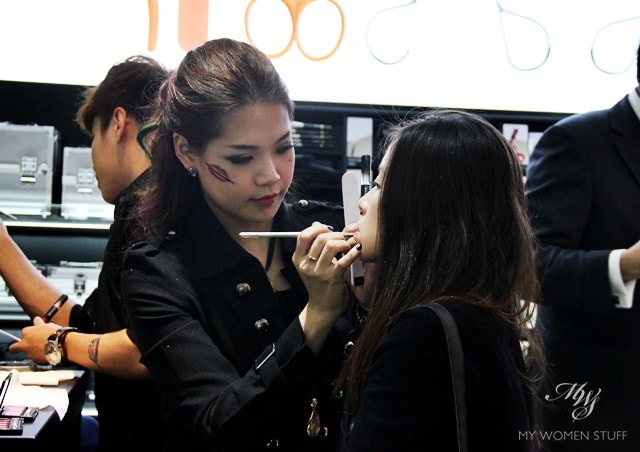 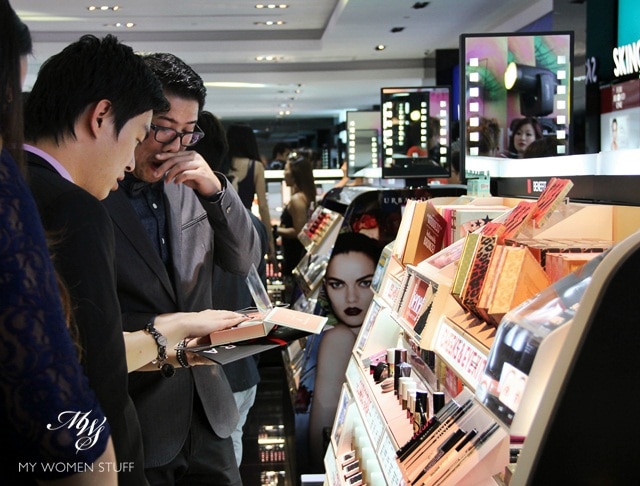 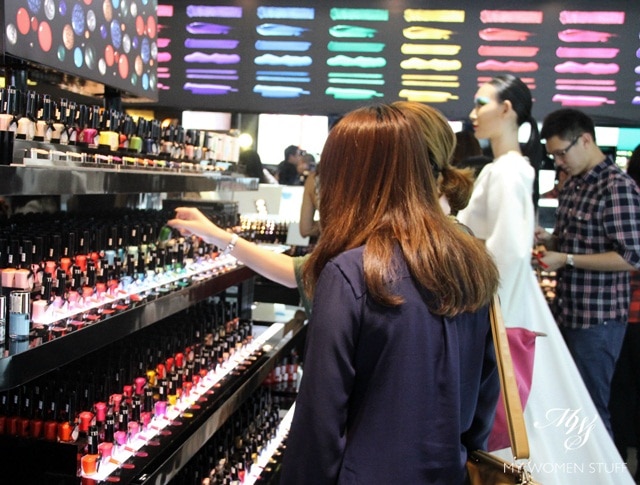 Oh this was another creepy model shot for what was termed an avant-garde fashion show. Hmm… all I could think of was “Stop touching my face!” 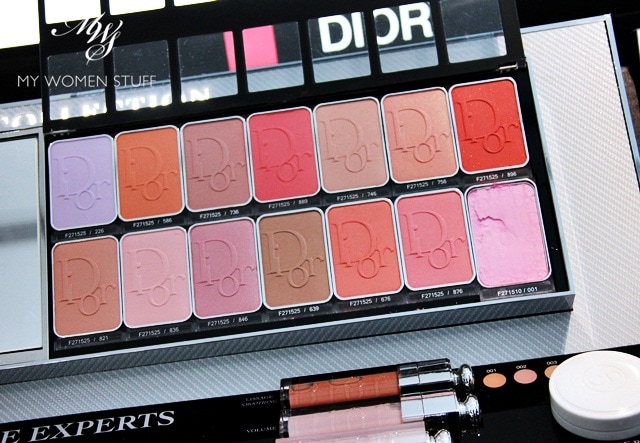 What’s a visit to Sephora without gawking at some beauties and my eyes were almost immediately drawn to this beautiful palette of the new Dior blushes! I was very taken with just how different the colours looked from your regular pinks and peaches. I mean, look they have a lilac blush! How cool is that 🙂 And since I was there at the store, and I had this before me, I’m afraid I caved and indulged in one. Just one! Want to hazard a guess which I picked? 😉

I think they’re having some fun things going on in store in conjunction with their opening so if you are a loose end this weekend, and are in the area, stop by and have a look!

Now you tell me – are you excited about this new Sephora store? Does Tarte Cosmetics’ appearance make you happy?

Sunway Pyramid is almost halfway across the state for me to get to, so no it’s not my closest Sephora store. That’d be the 2 in the city with my personal preference lying with Sephora at Starhill Gallery because I like the architecture and the round structure and smaller floor space. That said, I don’t go into the city very much these days so I haven’t been to a Sephora store in months! As for Tarte, you bet I’m bouncing in my seat with glee – man! It’s about time! 😀

PREVIOUS POST: Guest Review: The new Clinique Dramatically Different Moisturising Lotion+ by a long time fan
NEXT POST: Now you See it and now you don’t See by Chloé : The disappearing scent