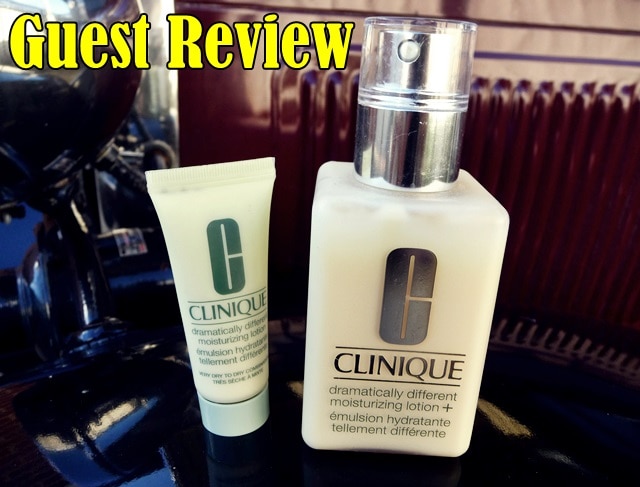 In the previous eight weeks since receiving the bottle, I’ve put DDML+ through its paces all for you, dear reader. I worked for twelve days straight to see how it coped with skin under stress. I went on a chocolate binge to see if I could induce blemishes (all in the name of science). I got a cold to see if it dealt with the flaky skin well (this was not in the name of science). I varied my foundations to see if I could induce them to slip off with the DDML+ underneath.

I came up with nothing. My skin looked slightly less tired after the long working period and if anything, I developed less stress related blemishes. The chocolate did nothing to my face, only my hips. My skin looked surprisingly well hydrated during my cold, plus all my foundations stayed put.

I know that Clinique is meant to be fragrance free but I felt I could detect a slight ‘clinical’ smell at the start. I can’t smell that any more. The consistency of both is very similar and they are an identical shade of yellow. The DDML+ sinks in a little more quickly (which will be of benefit in the summer or on tropical holidays). Apart from that, I can say that there’s no need to be afraid.

DDML+ does the job just as well as its predecessor – perhaps even a little better. Plus, there’s the benefit of more modern ingredients – it’s not the cutting edge, but it’s definitely better. 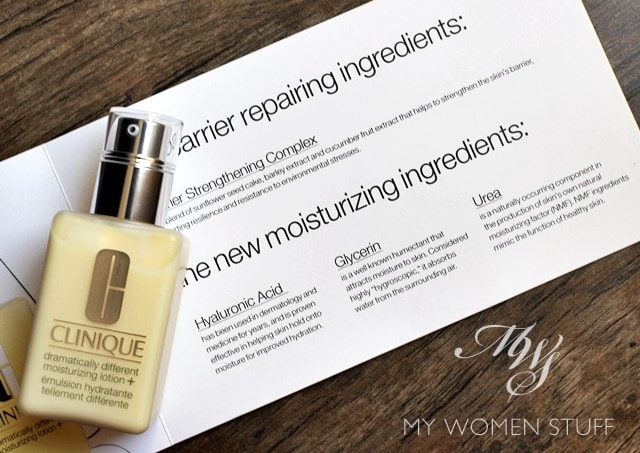 I finally tracked down the ingredient list for the new Dramatically Different Moisturizing Lotion+ so here it is.

I have thus far, read mixed reviews about this new DDML+ formula. I have read of people hating it, as well as of people who like it. I guess as with all skincare, we can’t account for what is happening with our skin. Sometimes, it might just be that our skin tolerates ingredients differently at a different age or different condition. I found it interesting and gratifying that Sam liked it. Would have hated for her to break out from this experiment! Thanks for the review, Sam and I hope this helps those of you who have been wondering how the DDML+ really fares in comparison to the old version.

Are you too a Clinique DDML fan? Have you tried the DDML+?

PREVIOUS POST: Yes! Nurse Hand Cream : Is it what the doctor (or nurse) ordered to protect your hands?
NEXT POST: Sephora Malaysia opens their 5th store at Sunway Pyramid (and a new brand comes to town)