Home » Interesting Discussions » Your Say: Would you buy or have you bought a product owned or developed by a blogger/vlogger? 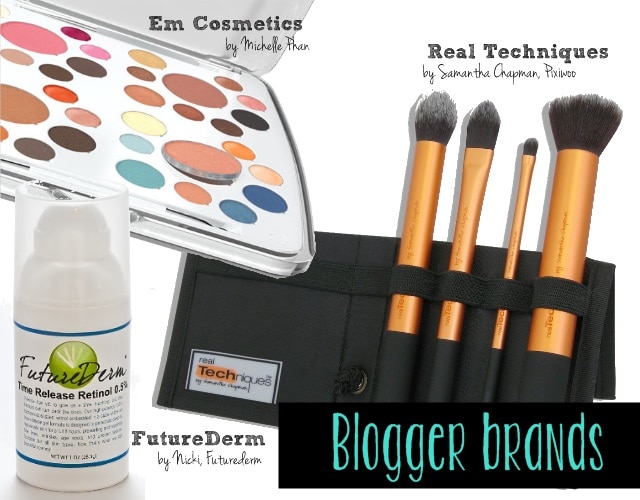 You know, I have full admiration for people who find their passion and then go on and act on it. Full, unrestrained admiration.

I see this happening recently in the beauty blogging scene because there are a few big time bloggers or vloggers who have gone on to make big things of themselves. One of the most famous of course, is Michelle Phan who was picked up by Lancome last year I believe, and who had a skincare line (I think, but I’m not sure if it’s still around) and now a makeup line. I personally have heard of her, but have never really followed her nor her blog. I don’t read many big blogs nor watch Youtube videos as you might have guessed. Haha! :P

Anyway, I got to thinking recently about bloggers/vloggers coming out with their own cosmetics and brands and many of you were very helpful to give me a list of brands/products that are owned by them; and I got curious if you would buy, or have bought their products?

I have realised that the ones who come up with beauty products are primarily vloggers or those who have a written blog and a video blog. I suppose that is necessary to get your personality across because not everyone identifies with the written word. Also, video gets things across better.

Based on all your recs, here are the blogger/vlogger owned brands suggested to me:-

I’m sure there are others, but as you can see, I don’t know of any. I had to rely on you clever lot! LOL! Of the lot, the only one I’ve bought so far are the Real Techniques brushes. I got them mainly because of the raves and because they aren’t terribly pricey. So far so good.

But that’s it. I guess I don’t mind picking up things like brushes especially from makeup artists who make videos or blog, because I know they know what they’re talking about, and disappointing their fans/followers isn’t an option. I’m not so sure about makeup mainly because I am quite picky and I have quite set likes and dislikes. Perhaps if an established makeup artist who also blogs or makes videos, released a line of makeup, I might sit up and take a little more interest. 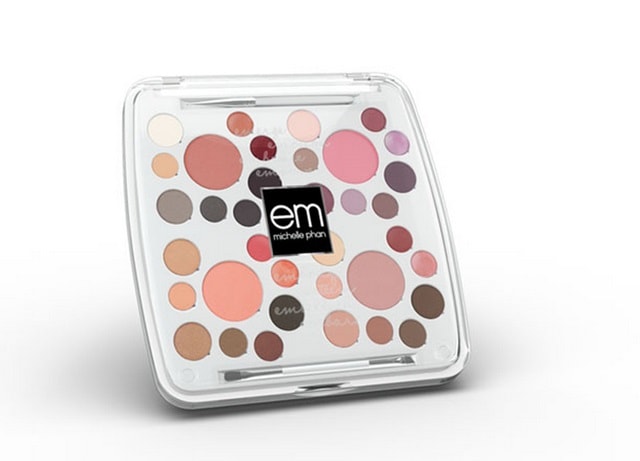 The newest line to appear is the Em Cosmetics makeup by Michelle Phan, launched just last week. I have to say it reminds me too much of cheap makeup palettes or my kindy paint palettes, and the high asking prices ($75) are quite off putting. Still, it’s backed by L’Oreal so I suppose there will be some quality control. It will be interesting where this goes, but I do think it will appeal mostly to the younger crowd, who form her fan base. Good job on her for making this happen – kinda pity about the design.

I’m not sure if I’m that keen to spend on skincare either although I have to admit I’m quite intrigued by the Retinol cream from Futurederm who seems to know what she’s talking about and who is medically trained. I was going to pick it up, but am holding off for now in an attempt to declutter.

What say you? Would you buy a cosmetic product owned or developed by a blogger or vlogger?

I suppose you could say that I would be more likely to be influenced to buy a product from a blogger or vlogger who is an expert in their field, as opposed to one who isn’t. I’d also be more likely to go for a product that appeals to my aesthetics and wallet. I will say hands down that I wouldn’t buy a product developed by me, simply because I’m not an expert in this field, merely a very critical consumer ;) But no fear of that happening. I’m not launching anything any time soon :D

89 comments ... Read or JOIN THE DISCUSSION