Home » Fragrance » Diptyque Volutes: Wafting tendrils of scent with a story to satisfy the wanderlust in my soul 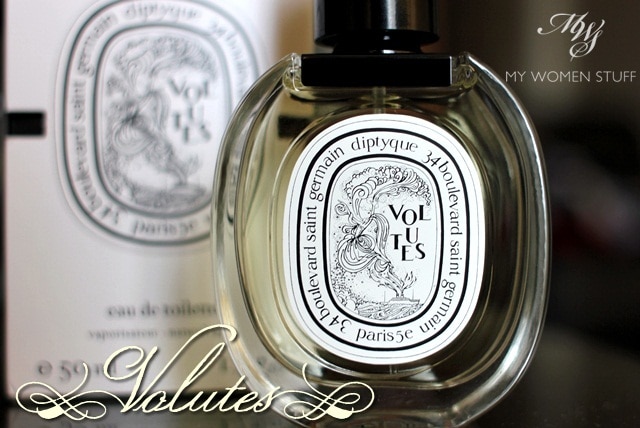 Have you ever experienced a fragrance you’ve had to actually warm up to? One that you wrinkle up your nose at the first time you take a sniff but give it a few minutes and you feel like its the best thing you’ve worn all week? I was like that with Volutes.

Volutes was a new scent released by Diptyque late last year and its taken me a while to warm up to it, as you can tell. It is a rather interesting sort of scent, as is the name (which is a real word btw not made up 😛 ) ‘Volutes’ as a noun and adjective refers to a coil or the scroll-like swirls that adorn columns. It also refers to whorls, swirls and tendrils usually seen with burning incense or tobacco. Granted, the latter is not very popular these days, but it forms the back story for Diptyque’s Volutes fragrance.

The scent is inspired by a transatlantic journey taken by one of the 3 founders, Yves Coueslant from Marseilles to Saigon. There were exotic ports of call at Port Said, Djibouti and Singapore and Volutes draws inspiration from scents experienced during this journey – woodiness of panelled salons, spiciness of the exotic middle and far east, citrus notes of the mediterranean, floral notes of the exotic perfumes, and the distinct tobacco scent of cigarettes. All these meld into a heady, woody, spicy warm scent, evocative of an age of elegance and of exotic travels. It feeds the wanderlust in my soul and since I love travelling so much, the story appeals to me.

The scent however, took some time. 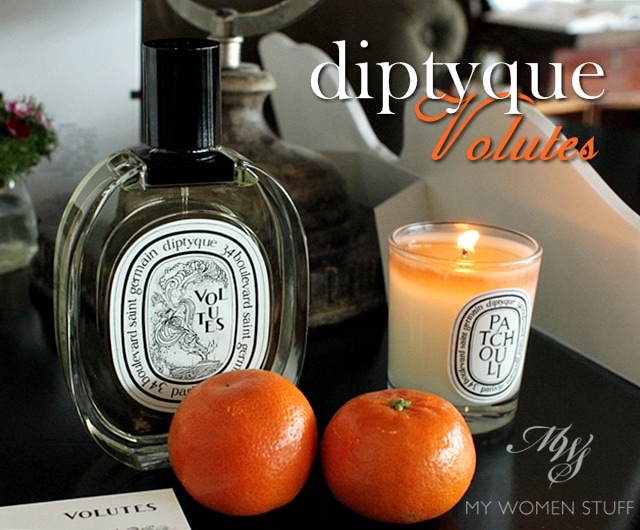 The opening note of Volutes is of a spritz of citrus fruits underlaid with a rather strong spiciness. On my skin, it smells initially, like wintergreen which is the scent you smell in muscle relaxant ointments. A sharp, spicy scent. I didn’t like it 🙁

It isn’t very strong so after a while when the edge of the sharp scent was gone, I had forgotten about it. Until later that day when I found myself thinking that there was a lovely warm, woody, spicy scent in the air. It enveloped me and made me feel very comfortable. It was then that I realised that it I was still wearing Volutes, but the scent had mellowed dramatically on my skin.

I might even say that it has a rather masculine edge to it. The spiciness often found in male fragrances, yet grounded, with a bit of a tobacco that brings with it a smoky feel to the scent. I personally take quite well to masculine spicy scents so this was one that eventually sat well with me.

On a separate occasion, I took time to notice the scent develop and noticed that along the way from sharp spicy citrus to mellow warm spicy tobacco, it takes on a powdery floral of iris. Fortunately for me, this powdery scent does not last very long on me before it settles to the scent I prefer.

From a scent point of view, I’d say this is one that is hard to like off hand. If you like something citrusy, you will like the opening note but you may wrinkle your nose at how it it goes after that. Someone I know doesn’t like this at all, because it smells too manly to her. It isn’t a male perfume (Diptyque does not differentiate between male and female scents) and is meant to be able to be worn by both, but I can imagine that most women will not go for this one because its just that bit too spicy. 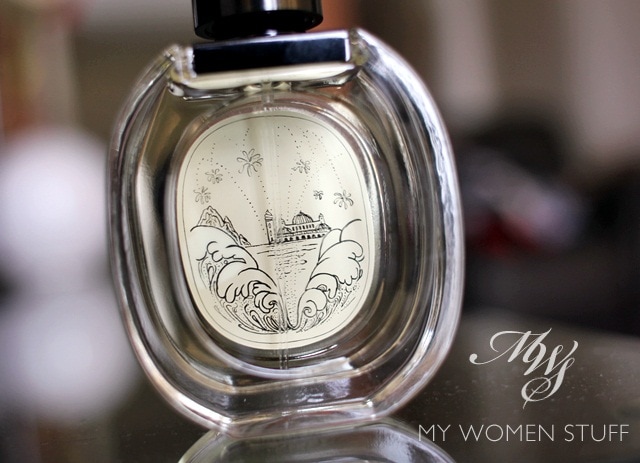 With Volutes, the bottle takes on a rounder sihouette. If you see some of the regular Diptyque scents, the bottles have a rather more stiff edge to them. As befits the name Volutes, the bottle is rounded transparent glass with a clear back. From the front (Picture 1 above), you see the name of the scent overlying the swirls and whorls from a steamer ship. Look from the back and you get a line drawing of the city that you approach, or leave, and the swirls of the sea. I like this little hidden treat. 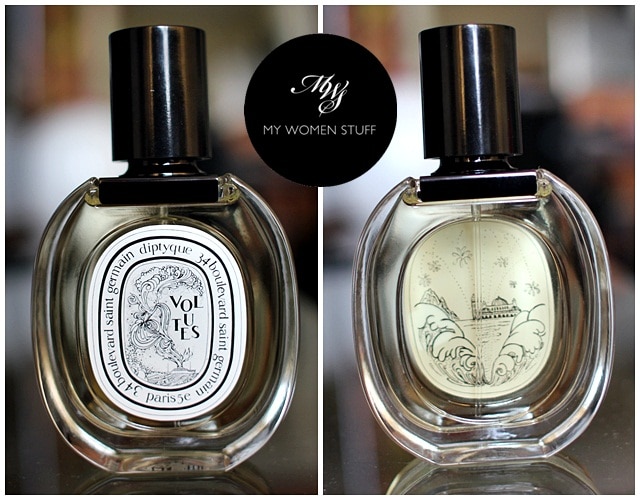 It took me a while to figure out if I’d like or hate Volutes but I have decided that I like it. Once I get past the initial note. So, I have to make sure that I spray it on well before I intend to leave the house, and allow the scent to develop as I go through the day. Happily, it lasts well enough into the day despite being the EdT and I get to end the day on a warm, spicy, comforting note.

In our warmer climate, I think most will pass over this one in favour of something more refreshing and light. In cooler weather, I can imagine that this will take better, because it seems to almost warm you up. I suppose I’m in the minority when it comes to scents, which is why I never believe in fragrance reviews. Scent is far too personal for anyone to judge if they’d like it, based on how it smells on someone else, or how someone else perceives the scent. But if you think that warm, spicy, woody tobacco is a smell that may appeal to you, then do take a sniff at Volutes for something a little more interesting than the norm 🙂

Have you tried Volutes and is it a scent that appeals to you? Do you have a favourite Diptyque scent?

As I said, Volutes is a scent that appeals to me because I like warm spicy scents but the opening note does make my nose wrinkle a bit. I tell myself it’ll be gone soon and that I’d love it after that which I do, but some days, its just too much getting past that top note. Am still looking for a Diptyque scent that doesn’t make my nose wrinkle at the top note and which I will love all the way through. Taking suggestions before I head to the store so share! 😀

PREVIOUS POST: New! Clarins White Plus Total Luminescent and the newest BB Cream on the block: Clarins UV Plus BB Cream
NEXT POST: My Crusade for the Holy Grail foundation ends with the Lunasol Skin Modeling Liquid Foundation