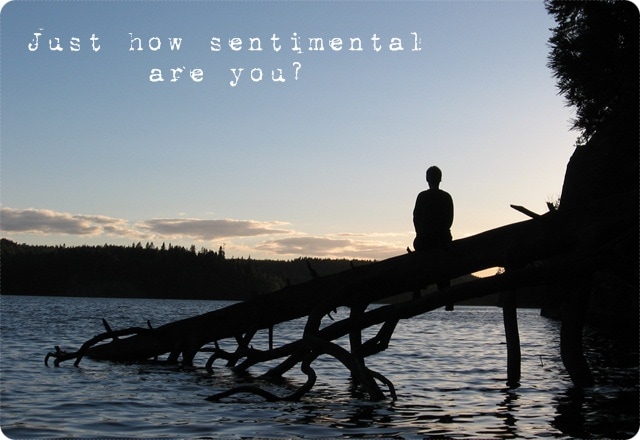 I like to think of myself as being a very practical person. Almost brusque in my practicality.

Yet I have a drawer and boxes dedicated to letters, postcards, notes I’ve received over the years from family and friends. I can’t toss them out – they hold memories. Letters. Remember those? They were written on paper and came in the mail. These days, all that come in the mail are bills or junk mail and sometimes, not even that!

I thought those were just an abberation. For the most part, I am quite firm in knowing what I want and taking the necessary steps to ensure that I get there. Yet a recent episode has taught me that I’m perhaps a little more sentimental than I thought I was, and it made saying goodbye just that bit harder.

Without going into details, lets just say that there’s been a lot of up and down going on, which causes me a lot of frustration and unnecessary stress. I have been looking elsewhere for alternatives and I think I have found it.

Yet, because I have been where I am for years, inertia, sentiment and maybe even fear of the unknown has made it hard for me to break the bonds and take the first step to facilitate a change. When it involves people, I try to give them the benefit of doubt and the abandon them, simply because we’ve known each other so long. And yet, when they fail you time and again, I start to wonder if I’m not just being a sentimental old fool. I should be headed somewhere better!

I always thought that it wouldn’t happen to me, but realistically, it has. The fear of the unknown is about as real as the frustration of the known. The realization of this isn’t pleasing, naturally but having realised it, I hope to now confront my personal fears, sweep aside the sentimental feelings and just make that change. It sounds a lot more dramatic than it really is (honest!) but its one of those things I guess I have to confront at some point, sentimental old fool that I am 🙂

I never quite considered myself “sentimental” or someone who holds on to the past. But as I’ve come to realise, I am in actual fact a lot more sentimental than I originally thought. In many ways, it holds me back but now that I realise it, I hope to make that change and move forward 🙂

PREVIOUS POST: Lipstick Bandits Celebrate Valentine’s Day: An Evening of Romance
NEXT POST: The Dior Lip Glow and Nail Glow get first dibs, when you need a glow on lips and tips