This is a short story about the time that makeup went on holiday and a possible explanation of how Dior Cosmo got its jelly texture. Its the weekend, we need some fun and you don’t want to be stuck here reading a thesis 🙂 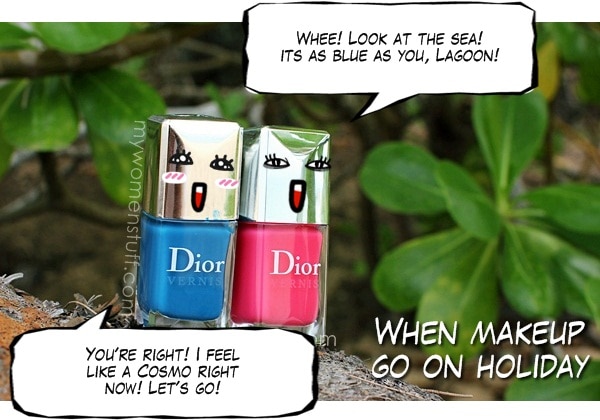 Once upon a time, at the height of the Summer Mix, Dior Vernis in Lagoon and Cosmo went on holiday with PB. It being summer, they chose to visit the beach. It was what all the fab brands were doing. Heading to the beach, hoping to get a tan. Maybe even don an Orange Pareo.

The first glimpse of the ocean so excited Cosmo that she couldn’t help exclaiming about how blue it was! It was about as bright a blue as that of Lagoon. 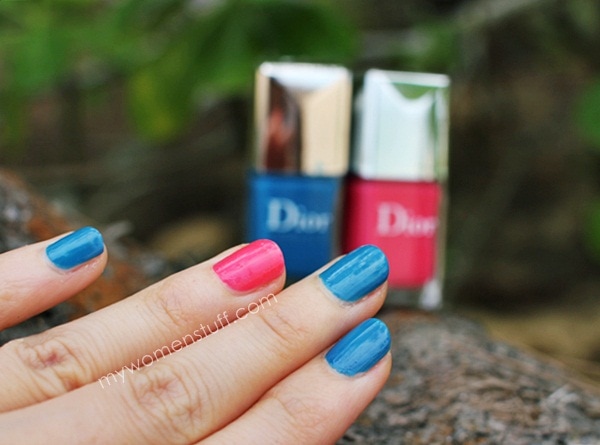 The colours were excited, but not quite as excited as PB who gleefully decided to combine the dusky blue of Lagoon with the bright jelly pink of Cosmo. They were quite quite perfect to take on holiday and the colours decided to cooperate before having a bit of fun in the sand. 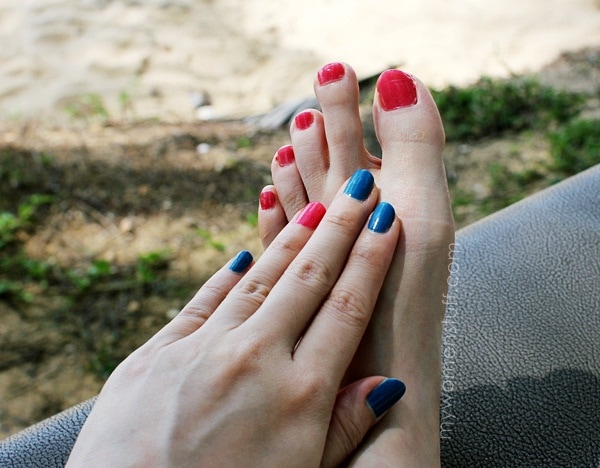 Not to be outdone, Cosmo was featured on toes as well because she was a demanding colour that way. She simply called to be used as a toe nail colour, flashing a pretty bright pink against the skin, making toes look dainty in summer flip flops. It was hard to ignore the prettiness.

Something interesting happened while Lagoon was in the shade. She turned into a deeper duskier blue. Makeupstash described it as a blue with a dusty edge and it was an interesting phenomenon to observe. While Lagoon was a more cooperative colour, applying opaque in 2 layers in an incredibly easy to apply cream formula, Cosmo was a little more truculent, achieving opacity in 3 layers and even then only barely so, sharing the same jelly finish as its sibling Calypso. 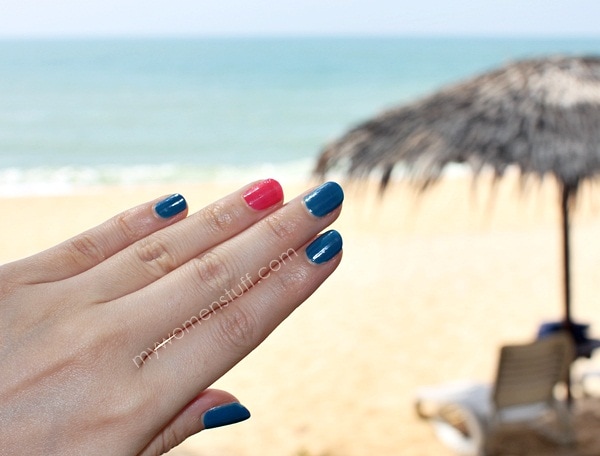 Here’s another angle showing the contrast in the colour of Lagoon, which PB says is the more interesting of the two colours to own. But please don’t tell Cosmo that, she was already feeling a little put out by her beach escapade.

You see, despite all warnings to be careful, Lagoon and Cosmo leapt off the table while PB wasn’t looking, and ran into a spot of problem down in the sand. 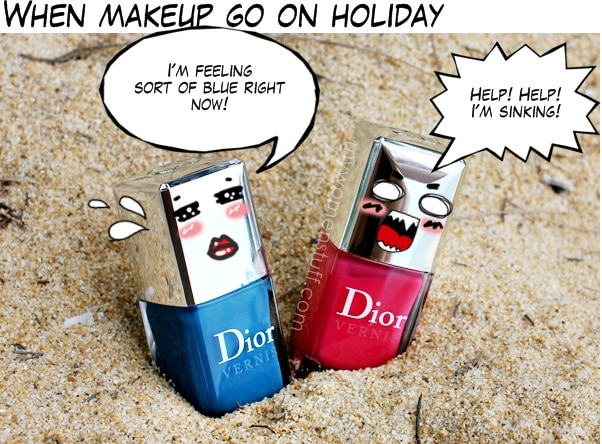 As makeup do not, as a rule, go to the beach a lot, the sand was unfamiliar territory and poor Cosmo and Lagoon got stuck! Cosmo even thought she was drowning in quick sand and screamed so loudly for help, she woke PB who was snoozing in her deckchair, long enough to pull them out of trouble. It was no wonder her texture resembled that of jelly. You would be too had you experienced such a scare.

Cosmo and Lagoon spent the rest of their holiday safely tucked away out of trouble. It might just be the last time PB takes any of them to the beach again.

Does either Lagoon or Cosmo catch your eye?

You didn’t hear it from me, but I’d pick Lagoon over Cosmo because of the unique blue, and texture. Cosmo is imminently easy to dupe 😉