Home » Interesting Discussions » Tip: Makeup does not look good? Wait 10 minutes and it could improve 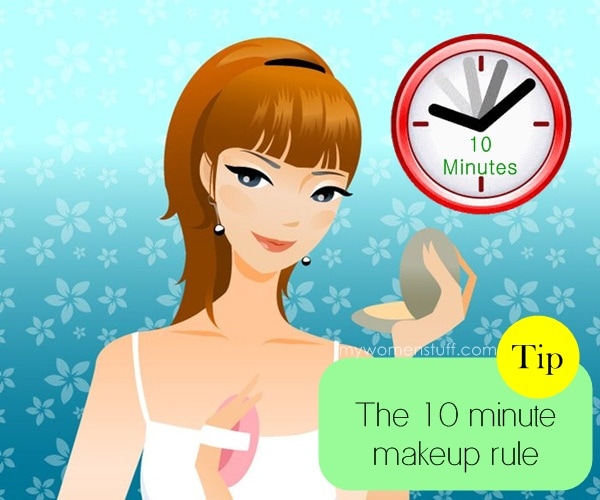 By now, I’ve sort of worked out what sort of makeup works for me, and what doesn’t. I work well with neutral and cool shades, and maybe slightly sheerer colours. Warm and very pigmented colours make me very accident prone and I could do without the stress in the mornings 🙂

However, some days, I put on my makeup, especially foundation and I think “Hmm… something doesn’t look quite right.” Well, I play by the 10 minute rule.

In case you’re wondering, there’s no “rule” per se. Its just something I tell myself. Essentially, I wait 10 minutes to see if its me or if its the makeup that has to go.

The reason I give it 10 minutes is because from what I’ve experienced, sometimes some products don’t look like much when going on the skin, but after a while, when its had time to oxidise and blend with the oils from your skin, it looks better (or worse). This is true for me, especially when working with foundation.

Some powder foundations go on a little powdery. So giving it 10 minutes allows it to meld with the oils and look more natural. If it doesn’t, I make a note of that and make sure I compensate accordingly the next time I use it. In the main, I find that powder foundation works best with this 10 minute rule.

I find also that powder eyeshadow and even blush sometimes is the same. I have on countless occasions put on blush, think its not enough, pile on more, then 10 minutes later have someone wondering why there is a clown in their midst. And so, the converse to my rule is of course true. What looks good now, could look like disaster 10 minutes later.

This is the reason why if I have somewhere important to go, I don’t put my makeup on and run out the door. I give myself at least half an hour so I have time to fix mistakes (usually too bright blush or powdery/oily foundation or even mascara that does not dry quickly enough). In the mornings of a work day of course, I just have to play it safe and go with something I’m familiar with 🙂

Have you noticed the 10 minute effect on your makeup? Have you put your makeup on and a little while later wonder why it looks better (or maybe even worse) than you originally thought?