Cooking should be as easy as A-B-C. That might explain this easy, quick and importantly, delicious soup found in many Chinese households. I don’t know if this is particular to just here in Malaysia or if Chinese living in other countries make a similar dish – do pipe up if you do, I’d love to know! 😀 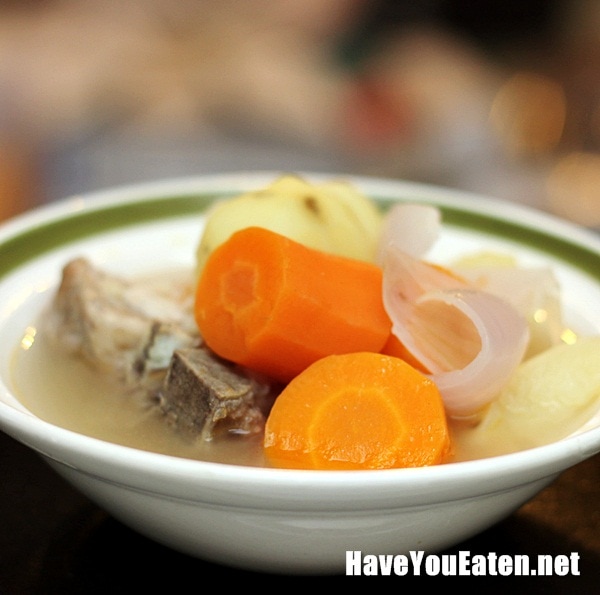 This is what we call A-B-C soup. Not very sure why, but tell anyone ABC Soup and they’ll probably know what you’re talking about. I love this for its simplicity, taste and because some days just call for soup!

As the name implies, you need only about 3 ingredients. Ok, I use 4 but ABCD soup just doesn’t have that ring to it y’know 😛 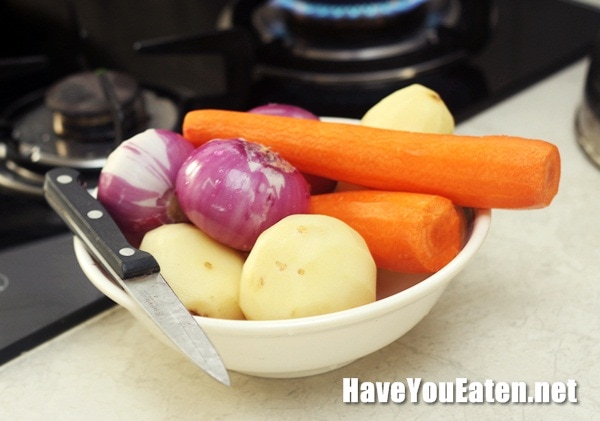 You could also add tomatos for a tangy flavour or corn cut into chunks for sweetness. I don’t like all that so I just stick to the basics – onions, carrots, potatoes and meat (either chicken or pork is fine).

I have it on its own as a light meal on week nights sometimes, or sometimes I add in some noodles for bulk or have it as part of a meal as the Chinese do often. Fast to prepare, good to eat… doesn’t get easier than A-B-C! 😀

Do you enjoy having ABC soup too? Do you have  a variation to share? Or perhaps you have a theory as to why its called ABC Soup? Do share! My theory is that its as easy as ABC. Come to think of it, my mom didn’t call this ABC Soup when I was younger. She used chicken and would call it chicken soup instead and she would make me a nice bowl whenever I felt ill. Very comforting! 😀

Scrumptious Saturday : One day in a week where I dish out random scrumptiousness from my other love – food!

PREVIOUS POST: New! Shiseido Maquillage Spring/Summer 2012 (Ooh! A new lipstick!)
NEXT POST: When the worlds of Fashion and Cosmetics collide: What do you think when fashion companies branch into cosmetics?