PB Says: Dior released 2 unique scented nail polishes for Spring 2012. I sent one to nail contributor Peach_ for her review and here it is. The review on Forget-Me-Not. 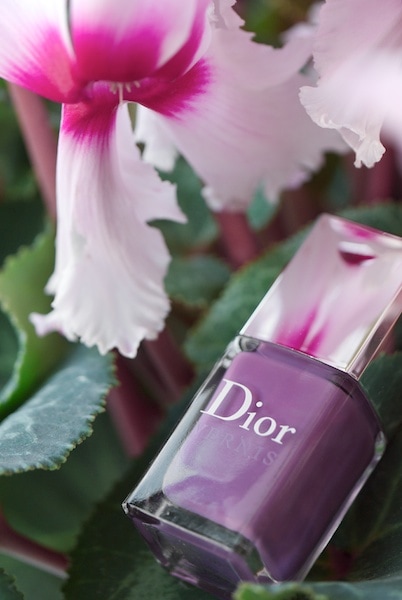 What a strange name for a flower. In fact, I found it so strange that I just had to look up the story behind Forget-Me-Not.
There are a few, but here’s my favorite:

According to Wikipedia, legend has it that during the medieval times, a knight and his lady were taking a stroll alongside a river. Being the sweetheart he is, the knight picked a posy of flowers for her, but fell into the river due to the weight of his armor. As he was drowning, he tossed the flowers to his lover and shouted, “Forget-me-not.” It became a symbol of faithfulness and unwavering love.

Fitting to its namesake, Dior Forget-Me-Not is a passionate, sophisticated purple with a touch of melancholy. It was released together with the green Waterlily Vernis (read the review on Waterlily here), both rose scented and limited edition, for Spring 2012 Garden Party collection. Let’s have a look at Dior’s updated take on a pastel purple.

END_OF_DOCUMENT_TOKEN_TO_BE_REPLACED

Of all the Spring releases to hit us in 2012, I will have to hand it to Dior for an overall beautifully executed collection. Their lovely 5 couleur eyeshadow palettes in particular deserve mention for the delicate and impressive eye for detail, as does their clutch. But if there is one item Guerlain pipped them at, it is in the powder. 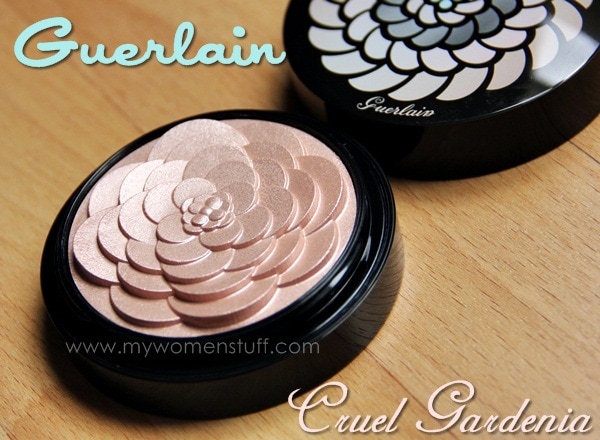 Just look at that piece of art!

The Cruel Gardenia Illuminating Powder has a 3D flower rising up from the tub – absolutely breathtaking to view.

END_OF_DOCUMENT_TOKEN_TO_BE_REPLACED 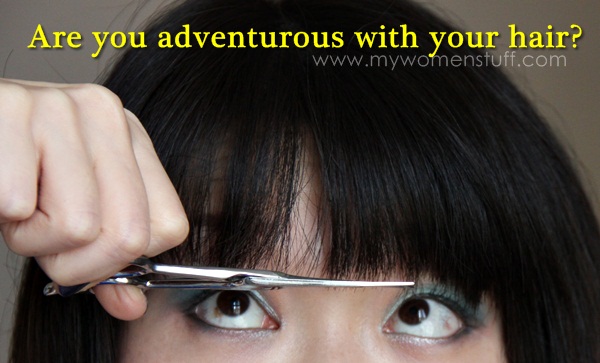 I don’t know about you ladies, but I am very fickle when it comes to my hair. I cannot seem to stick to one hairstyle for very long, simply because I get tired of it very quickly.

I’ve gone the gamut of long hair, short hair, fringe and no fringe, perms, rebonding, colours of the rainbow (ok not quite but close). Presently, I’m sticking to a short bob because it suits me, in my natural hair colour. But I got bored with my non existent fringe (or bangs as the Americans will have it 😉 ) and when I was at the hairdresser last week for my pre-Chinese New Year haircut, I got it into my head that I wanted my fringe back. To be precise, I wanted not a wispy fringe, but a thick China doll fringe.

Happily, my hairdresser was up to the challenge given my moon face, and obliged 😀

END_OF_DOCUMENT_TOKEN_TO_BE_REPLACED

Being a bit of a blush fiend, one of the first items I always look out for in a new collection is the blush. If the blush catches my eye, I will pay a little more attention to the collection. If it doesn’t, I tend to overlook it. Which is why I felt that Dior’s Spring 2012 blush jarred a little with the rest of the collection.

The Dior Spring 2012 collection is called Garden Party and the star product as well as the eye shadow palettes bear imprints of flowers. I rather expected that the blush would be the same. 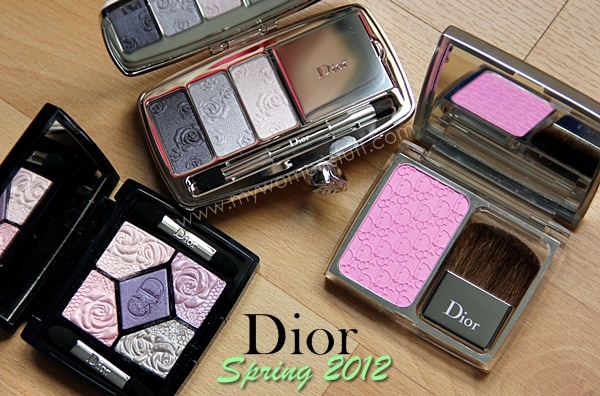 However, it is embossed instead with the Dior logo. That reminds me of Dior monogram canvas bags. I thought it a little unusual because Dior is usually quite meticulous in their themes. The Lace Dentelle collection had a consistent theme of lace throughout.

But that is otherwise, the only fly in the very beautiful ointment because I urge you to head down the Dior counter and get your hands on the Rosy Glow Healthy Glow Awakening Blush before its all gone. I’m told its already flying off the shelves as we speak!

The colour is 001 Petal/Petale, but it is just 1 shade. In the pan and swatched on hand, it looks a light matte cool pink. However, I will urge you to give it a try on your cheeks because this Dior Rosy Glow blush is supposed to adapt itself to your skintone, to give you a perfect healthy glow every time.

END_OF_DOCUMENT_TOKEN_TO_BE_REPLACED

5 THINGS IN MAY on the blog www.mywomenstuff.com o