I had a go at the Shiseido White Lucent Intensive Spot Targeting Serum last year, that promised to get to work on pigmentation in 14 days tops. Well I took them at their word and put them to the test but really only could attest to some minimal effects within the 14 days. I eventually finished up the bottle, and I will say that regular use does offer generally brighter, more even skintone, but the persistent pigment spots remain. 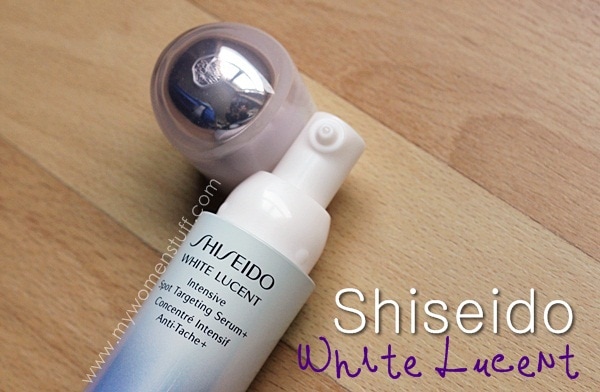 This year, Shiseido ups things by telling you to expect results in 10 days vs 14. Wow!

I only got my hands on this one, so there wasn’t time to put it to the 10 day test. I may do so at a later date. Am also getting some treatment done that I may or may not stick with so once I decide on that, I’ll try this one out. Its only due out in March/April 2012 anyway so there’s time yet 🙂 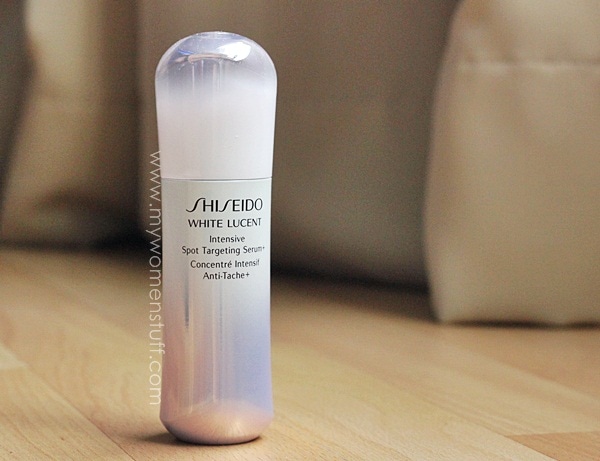 I must say I rather like how pretty the bottle looks in this photo. It looks like its lit from within and that brightening effect is is the other benefit of using a serum like this one. It helps brighten your skin which I am told, is different from just mere whitening.

You can have whitening which is like bleaching, and yet have dull looking skin. Or you can have tanned skin, but brightened which is an even skin tone with a glow. No, I never quite thought about it that way either! You may notice these days that the skincare talk about brightening as opposed to whitening. I think the focus is shifting with the realization that you can have snow white skin but one that looks dull and lifeless. I actually am going through that now, which I will share at a later point in time 🙂

So what’s different in this new Serum+? In addition to helping prevent formation of melanin, targeting the root of the melanin and reducing melanin after a spot is formed, the new Serum+ now helps you remove the signs of melanin formation which is targeted at the persistent dark spots. I would however include a caveat that as with all whitening/brightening skincare, it would be best to use products from the whole range. I consider this a treatment, and it is really best to layer the products for best results, or you may just be disappointed. 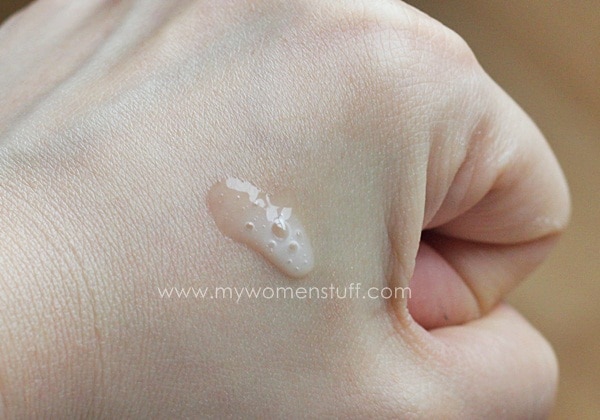 Texture-wise, its a light watery serum pretty much like the previous version. It absorbs quickly and dries quickly too with no sticky feel. The scent of alcohol is quite strong, as I have come to expect in most Japanese skincare so it is pretty much like or hate 🙂

Based on my previous experience with this serum, I’d say that a user should expect that it will help keep pigmentation and dark spots under control but you cannot expect a miracle. You will not end up with a flawless, porcelain smooth, blemish free complexion with pigment spots totally eradicated. But you may end up with a more even, brighter skintone. I personally think that if you aren’t too fussed about it, then that’s enough 🙂 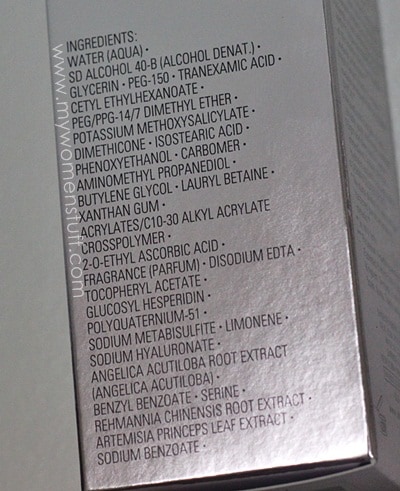 If this interests you, watch out for it in March/April 2012 at Shiseido counters 🙂

This just in: Shiseido Japan has a special site for this White Lucent Serum + going live on 16 January 2012 so do check out what other users think about it then! And you might see mine too whee! 😀 Here’s the link to the special site (live on Monday – I’m going to check it out then too 😀 ).

PREVIOUS POST: Lancome Tresor Midnight Rose fragrance – For the young lady having her first midnight rendezvous
NEXT POST: Save and Splurge: The IT bag edition