I don’t know about you ladies, but I’m awful at using things like body lotions and hand creams. I either forget or I use them and then hate when the oil marks everything I touch. When I remember, I apply hand cream before I sleep. When I don’t, its hello dry, peeling skin!

A while ago, I received some goodies from USA based brand Camille Beckman and its taken me a while, but I’ve finally been diligent enough to give it all a go. 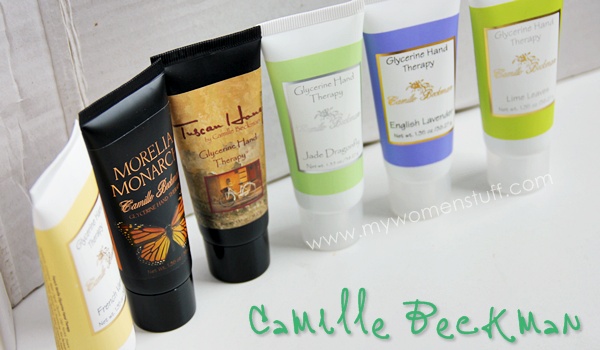 These 1.35oz (38.27g) tubes of their bestselling Glycerine Hand Therapy creams are perfect for stuffing into your handbag and taken with you when you travel. In this season of gift giving (or any season for that matter) I think it worth being made a stocking stuffer as they retail at just US$4.95 each and go a long way.

Plus your gift recipient would thank you for it, because it does a pretty decent job at softening hard skin on hands and tackling dry hands. Best of all, for me at least, it isn’t oily and absorbs quickly, so I don’t end up marking every surface I touch. This is something I personally find important in tropical countries, because so many hand creams are made for temperate climates that can be too thick, heavy and oily for us in the tropics. This one does a good enough job on all counts.

END_OF_DOCUMENT_TOKEN_TO_BE_REPLACED

I’m feeling a wee bit jaded with all the cosmetics releases popping up almost daily and earlier and earlier. Don’t you feel that way sometimes? Everything just blurs into one another and by the time the collection/product is launched, I’d have forgotten about it.

When I saw pictures of the Dior 5 Couleurs Eye Shadow palette in Couture Golds (554) popping up sometimes in October, I just glanced at it and didn’t think too much about it. However, I recently decided I need (yes need!) a gold shadow that isn’t brassy or orange and all of a sudden, my mind strayed to Couture Golds. 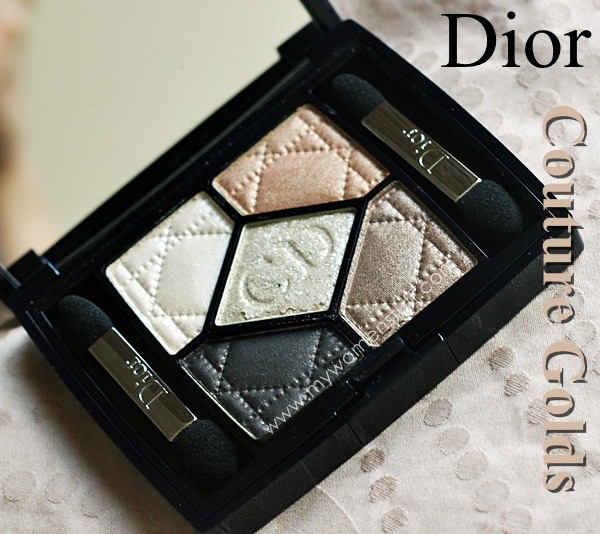 I went to the counter, swatched it, decided that although it was a bit shimmery, I could handle it and wanted it. Then, much to my chagrin, I was told it was out of stock. I started at Isetan The Gardens. Nevermind, I thought, there’s Robinsons. Out of stock too! 5 minutes later at Metrojaya I was told the same thing. Dammit! Was Couture Golds never to be mine?

Fortunately, the final department store in MidValley had it! There were a few palettes as I recall (I peeped into the drawer as the SA was extracting mine 🙂 ) and even when I bought it, I still felt a little ambivalent about it.

But this is one of those special palettes that just creep up on you, grab a hold of your heart and won’t let go. I absolutely love this palette from the day I started using it! I can quite easily use this one every single day and never ever get bored because I think its a gorgeous palette that can be blinged up for night, neutralized for the day and isn’t over the top at all. I can, in fact, see myself hitting pan on this (tragic if I do because its limited edition but there you go!) Ahh… this must truly be love! END_OF_DOCUMENT_TOKEN_TO_BE_REPLACED

Last week, I went into Isetan, hoping to see if my usual brand of shoes were on sale (I used to buy Easy Spirit) but for some reason, the Isetan at The Gardens doesn’t carry it anymore. I may be mistaken of course and they may have just moved. However, I happened to then stroll past the Rockport shoe store and decided to enter, on a whim. 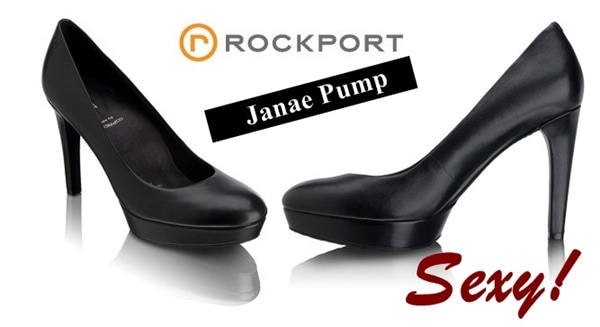 I’d never paid attention to Rockport shoes before this but I picked up a pair of pumps with heels of at least 4 inches and slipped them on for a lark. Oh boy! What a mistake that was 😛 They felt incredibly comfortable and did not feel like I was wearing super high heels at all!

END_OF_DOCUMENT_TOKEN_TO_BE_REPLACED 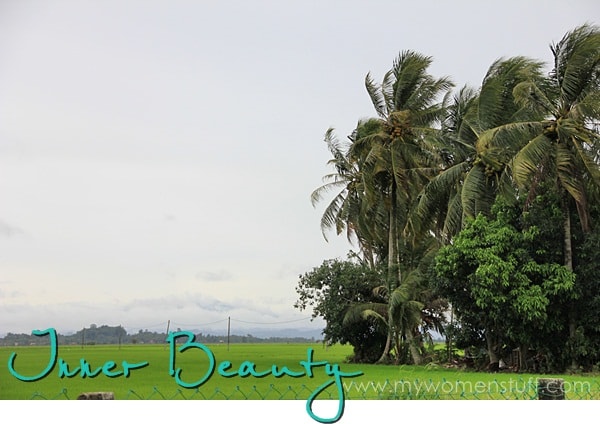 We dwell a lot on physical beauty – the media conditions us that way and really, blogs don’t help do they? 😉 But there is a bit more to beauty than just the physical exterior. Granted, appearances and first impressions are important. I will concede that and I do believe in putting your best face forward. However, if you want to maintain any sort of friendship or relationship, it comes down to your inner beauty.

I’ve been reminded of this over this week by a few unpleasant incidents, so I’d like to share 5 concepts of inner beauty I think makes someone beautiful, physical attributes and cosmetics aside. Also the concepts I try to live by.

I find a person with good manners beautiful. Sadly, manners seem to be a thing of the past and I’m not sure why it is so. Please, Thank you, Excuse Me and Sorry seem to be alien concepts and people seem to delight in being “blunt” when really, they are just being rude. There are nice ways to say things without being hurtful; well unless you are a sadist and enjoy reveling in another’s misery in which case, Purgatory is a good place for you. I don’t think these are old fashioned concepts at all. Good manners never go out of fashion.

END_OF_DOCUMENT_TOKEN_TO_BE_REPLACED

OSMANTHUS BLOSSOMS on the blog www.mywomenstuff.co