I wasn’t too far wrong :P 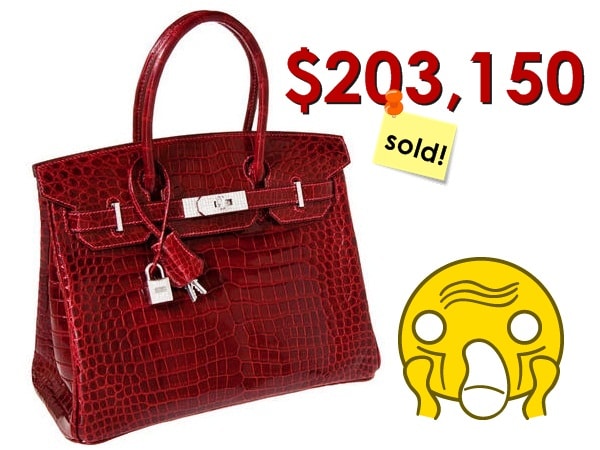 The most expensive handbag sold at an auction to date is this red crocodile skin Hermes Birkin studded with diamonds. Actually I think the diamonds are only studded on the clasp and if truth be told, if no one had pointed it out it was diamonds, I don’t think I’d have noticed. Or, I might have noticed and then said “I wonder why she stuck rhinestones all over her clasp” :P

So there you have it. This limited edition bag was owned by a lady in Florida who put it up for auction where it was estimated to fetch just US$90k I think the price it eventually sold for must have stunned even her. It went to an anonymous buyer who I will not speculate on :P

I must say though, I love the red colour. Its a lovely rich red that isn’t too bright nor too dull. I’m not too crazy about exotic skins though I can appreciate this for what it is – a lovely bag in a lovely colour. I’m glad the diamond studs were just on the clasp instead of literally being studded all over the bag as I initially thought – that would have been crass :P At least the price is obscene but the bag isn’t ;)

I don’t usually blog these things but I received a surprise package recently from a reader and because its something that happens so rarely… ok maybe never, I just had to share it because I was thrilled :D 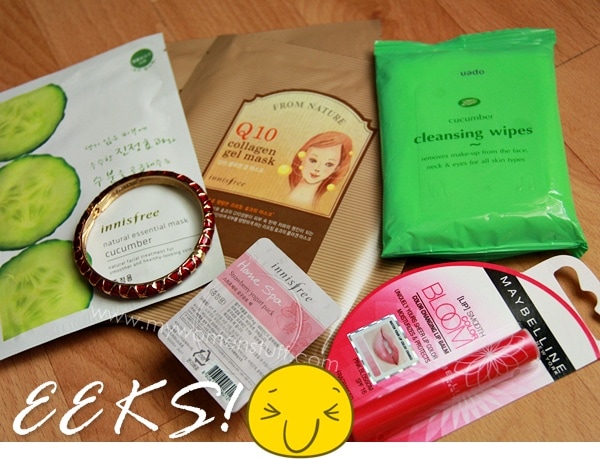 I was only expecting the Innisfree sheet mask which she said I just had to try but the rest in the pack were such a pleasant surprise! I especially liked the bracelet which is in my favourite colour – red and for some reason, reminds me of the pattern on a snake which makes it both very exotic and very fascinating ;) 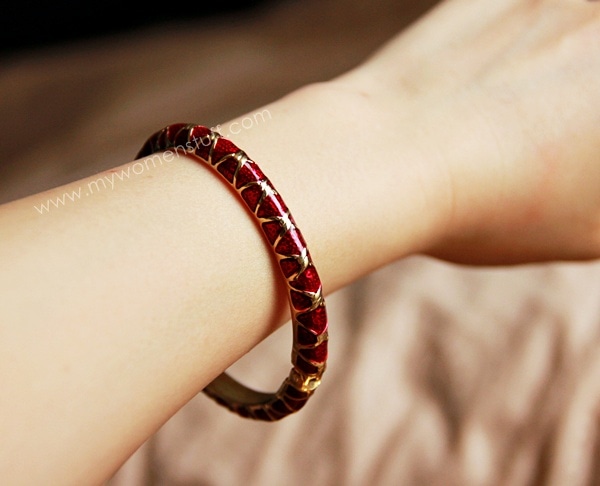 What a lovely surprise. Thank you, you know who you are :)

PREVIOUS POST: Let’s have a Spring Garden Party – A Dior Milly Garden Party!
NEXT POST: Win! 2 Rouge Dior in Or Etoile and Cinderella from Les Rouges Or Christmas Collection