The day the folks at Urban Decay sat down with 12 shades of brown, beige, charcoal and black eyeshadows, tossed them into a palette and decided to give it a really risque name… like… “Oh I don’t know, lets call it Naked!” is a day that has gone down in the annals of makeup history. The demand for the Naked palette was so high after it was released, they had to shut things down so they could make more. Palettes were FLYING off the shelves. 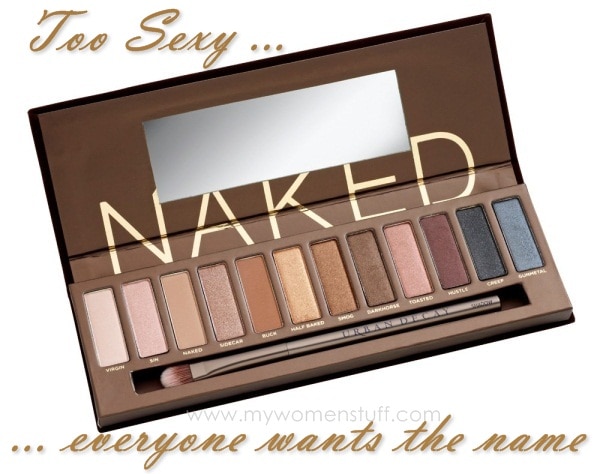 And when that wasn’t enough, to speed up turnaround and manufacturing time even more quickly, they had to remove the very serviceable dual ended 24/7 eyeliners included in the original Naked palette, and replace it with a brush that I’ve heard is quite craptactular.

The era of the neutral/nude palette was born.

And now, every one and their mother and sister compares every single neutral or nude looking eyeshadow palette to Naked. “How does this compare to Naked?” is easily the most asked question the minute a brown/beige palette is shown to the masses. I seriously dislike that. Naked is a good palette on its own and every other one stands on its own merits.

But how do the other brands react? Oh by coming out with their own version of the Naked palette of course. Ho hum.

Most recently, I came across these two. 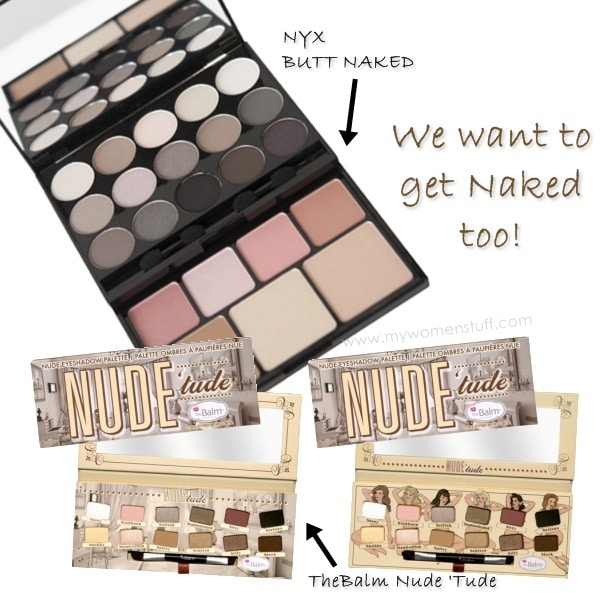 I don’t know why NYX felt the need to come up with a Butt Naked eye makeup palette when they had very serviceable neutral eyeshadow palettes in Bohemian Rhapsody (which I happen to like) and Caviar and Bubbles. Both are pretty names for pretty neutral palettes. They also previously had a palette called Nude on Nude if I recall correctly.

Sleek Makeup has a neutral palette which they call Au Naturel i-Divine which I think is a pretty name, despite it being just another permutation of the whole Nude or Naked trend.

In the recent past, Bobbi Brown had a whole Nude collection but that didn’t invoke a large copycat following. I don’t even remember much from it or if anyone actually had anything good to say about it.

Rumours are, Urban Decay is coming out with Naked 2. I wonder if that’s its name – Naked 2 – or if they were bummed (hur hur!) that NYX pipped them to Butt Naked.

But really, does this whole “Naked” trend bug you as much as it bugs me? A neutral palette is fine by me, its the name that I wish would be more original. Its like the whole crackle polish trend. Start one and everyone goes mad making a version of crackle, crack, shatter, etc etc polish. Did I miss any other Naked or Nude or In the Buff or perhaps BUTT NAKED eyeshadow palette out there? I’m sure I did, so ready, go! Share if you have come across one I haven’t! At least I know which to avoid.

PREVIOUS POST: 33 Hours with no sleep and the havoc it wreaks on your health and skin
NEXT POST: A very Guerlain Christmas to make you the Belle de Nuit